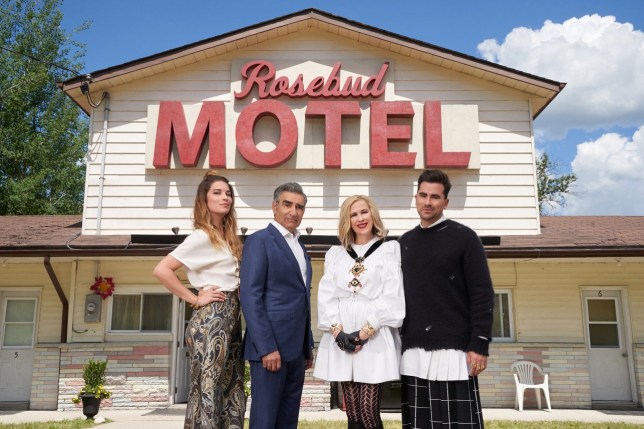 The Rosebud motel is on the market (Picture: Pop TV)

Schitt’s Creek’s iconic location The Rosebud Motel has gone up for sale – but it’s going to cost you.

The property, which has also appeared in The Umbrella Academy, is located outside of Ontario, Canada, and has been put on the market by its current owners.

Real name The Hockley Motel, the small business has become used for many TV sets in need of a rundown looking place to stay – but is beloved as the Rosebud, home to the riches-to-rags family in Emmy-award sweeping Schitt’s Creek.

Appearing on listing site Colliers, it’s current value has been placed at $1.59million (£916,810), including the entire motel and the 6.7acre land it sits on.

Its current status is ‘not operational’ as a facility, but has 10 rooms including a two-storey manager’s suite, separate cottage and an active river running through it. 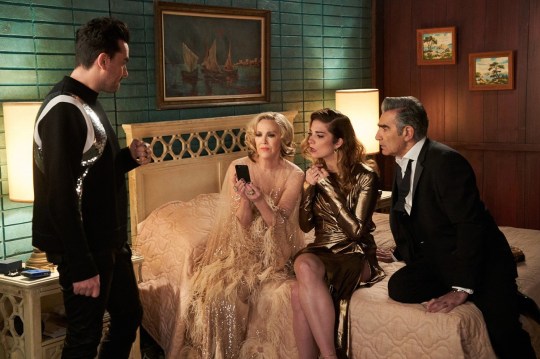 The Rose’s found their home in the run down motel (Picture: Pop TV)

So, it will leave you more broke than the Roses were when they started their time there, but it could be a picturesque getaway.

Alternatively, you could turn it into the ultimate shrine of the beloved sitcom, which has been sweeping the awards season this year.

Speaking about interest in the site, current owner Jesse Tipping told iHeartRadio last year: ‘It’s been a little bit of a circus. 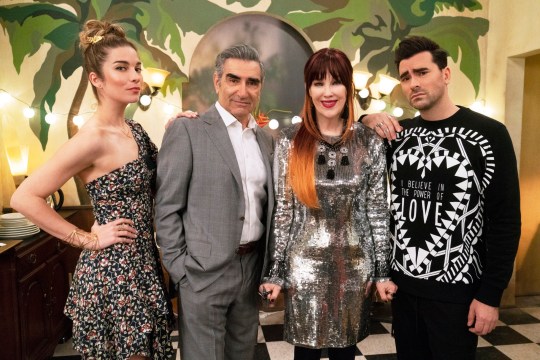 The show has been sweeping the awards season (Picture: AP)

‘There’s just car after car after car of people rolling in trying to take pictures. Yesterday I stopped by and the traffic was stopped in front of it… It’s a little bit wild.’

As well as being home to the Rosebud, films The History Of Violence also shot there, and Stephen King series 11.22.63 turned it into the Modoc Motel.

It went up for sale in October 2020, after the final series of Schitt’s Creek wrapped.

While the team only filmed outside the motel, the interior sets were inspired by the real fixtures and fittings of the location.