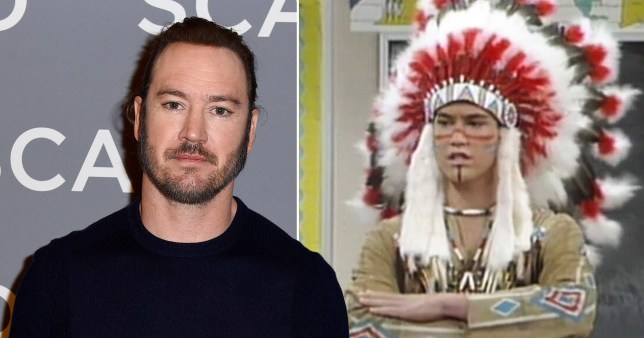 Mark-Paul Gosselaar has revealed he often cringed when re-watching old episodes of Saved By The Bell (Picture: NBC Productions/ Getty)

Saved By The Bell star Mark-Paul Gosselaar has revealed he often cringed when re-watching old episodes of the hit series.

The actor spoke out about one episode in particular as he recalled scenes what aired in ‘Running Zack’.

In the episode, his character Zack Morris insensitively wears a traditional Native American headdress to his class after looking into his ancestry.

After he finds a photo of a Native American at his house, Zack assumes it’s a picture of a ‘distant Indian relative’ so decides to put faux war paint on himself and Screech’s (Dustin Diamond) face using red lipstick.

When his teacher asks what tribe he’s from, Zack randomly guesses ‘Cherokee’.

Naturally, his teacher isn’t impressed and tells him to go speak to her friend, Chief Henry. 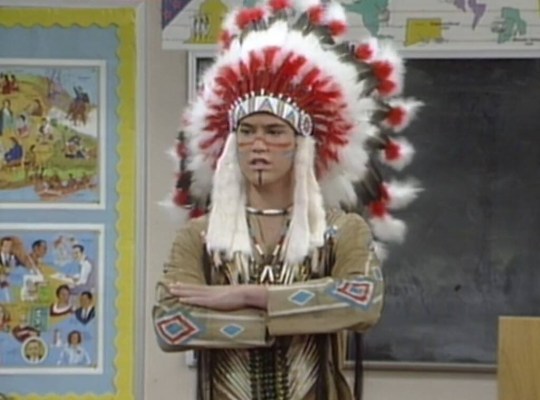 The actor explained why he feels a scene likes this wouldn’t make it on air in this day and age (Picture: NBC Productions)

Zack then learns that his ancestor was a chief named Whispering Wind and heads to class in a stereotypical Native American headdress to show off his family history.

Mark-Paul, 47, recalled the episode on Zack to the Future podcast as he said: ‘I cringed seeing myself portraying a white dude being Zack Morris, who is like the all-American, blonde-haired white dude in an Indian Native American headdress.’

Per Today, he continued: ‘This is one of those that I don’t, I don’t like remember putting on the headdress. 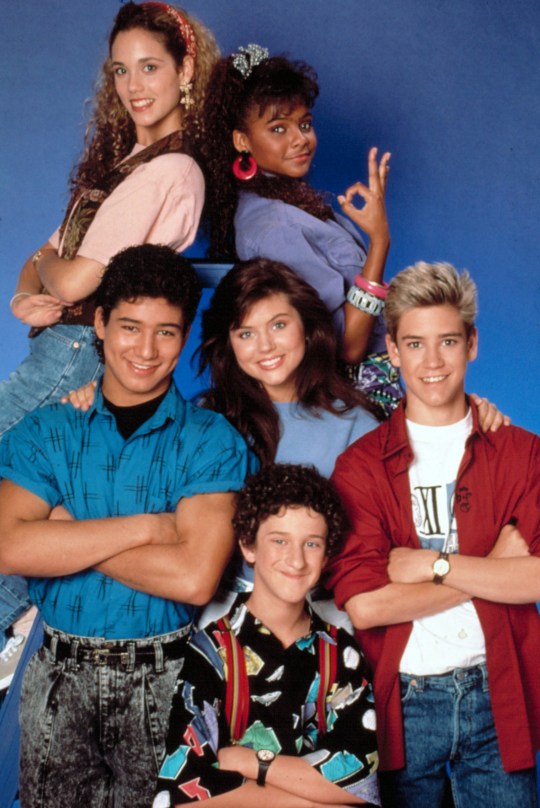 The actor says that rewatching the hit 90s series can be ‘torturous’ (Picture: Courtesy Everett Collection)

He’s previously stated that re-watching the original Saved by the Bell series can be ‘torturous.’

However, the Mixed-ish star takes comfort in the fact times have changed enough to ensure insensitive moments like that are less likely to make it on air.

According to E!, he explained: ‘Again, there are there are protocols in place to and filters that, you know, like a director, standards and practices.

‘We’re much more sensitive now, for good reason, that those things would not happen today. Like, this episode would never get made in current times, and rightly so.’