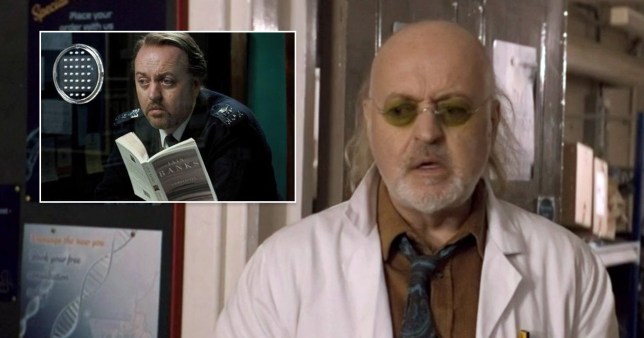 Several viewers of Ant and Dec’s Saturday Night Takeaway were paying close attention when Bill Bailey made an appearance on the show, spotting when the comedian quoted one of his most famous lines from Hot Fuzz.

For this year’s series of Saturday Night Takeaway, Ant McPartlin and Declan Donnelly are starring in a pre-recorded dramatised segment called Double Trouble, in which they embark on a mission to stop their evil clones from causing mass destruction.

Tonight, the presenting duo came across Strictly Come Dancing star Bill on their travels, who was playing a scientist at the lab where the clones were created.

Just after Bill’s character was introduced, his clone, who was working on the front desk, uttered the line: ‘Nobody tells me nothin’.’

As several Hot Fuzz fans noticed, Bill says the exact same line in the 2007 action comedy film, in which he plays twin brothers who are both desk sergeants.

‘Yasssss he did the line!!!’ one person tweeted, while another said: ‘You can never go wrong with a Hot Fuzz reference!’

Someone else wrote: ‘‘@BillBailey calling back to Hot Fuzz may be my favourite joke there’s ever been on #SaturdayNightTakeaway.’

Meanwhile another Saturday Night Takeaway fan said the reference to the Edgar Wright film was ‘genius’.

The first film released in the trilogy was Shaun of the Dead in 2004, while the third film, The World’s End, was released in 2013.

In December, Bill revealed that he almost fell down the stairs and set himself on fire during the pre-record of the season finale of Strictly Come Dancing 2020.

He went on to win the series with Oti Mabuse, who is set to appear as a judge on The Masked Dancer.

Ant and Dec’s Saturday Night Takeaway returns next Saturday at 7pm on ITV.