During his speech, The Office star, who played Jim Halpert in the sitcom, was heckled by a bunch of cast members pretending to be people in the audience and they flooded him with questions about the show.

One member wanted John to ‘do the Office’ and asked ‘where’s Pam?’, referring to his character Jim’s love interest Pam Beesly (played by Jenna Fischer).

John was forced to remind the crowd that Pam is a fictional character, but it didn’t stop them from demanding him to ‘kiss Pam’.

Eventually, comedian Pete arrived on stage. At first, it seemed as though he was going to help John out, but he soon revealed himself to be on the audience’s side.

‘I think what’s happening is everyone’s been stuck inside for a year watching The Office non-stop, so Jim and Pam are really real for them,’ he pointed out. 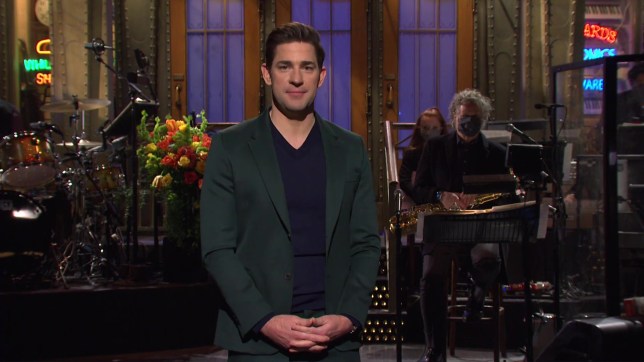 John Krasinski was heckled by the crowd to ‘kiss Pam’ (Picture: NBC) 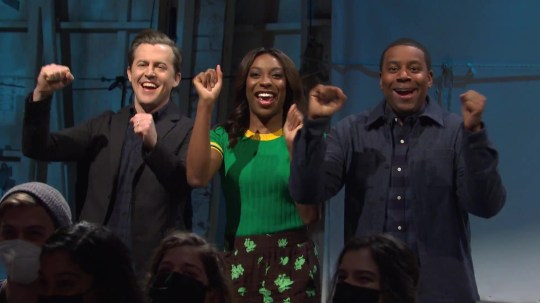 ‘I really think they need someone to be Pam.’

Pete continued: ‘I think we’ve got to give them what they want, Jim. Jim, you’ve got to kiss Pam.’

John then shrugged at the camera and planted a juicy kiss on Pete’s lips – or should we say, Pam’s lips. 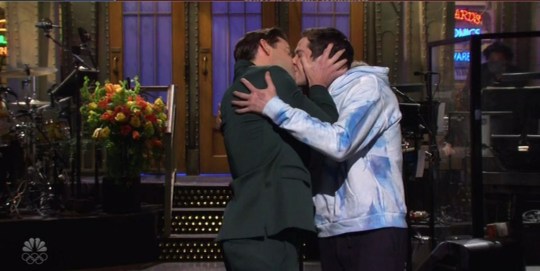 Pete Davidson pretended to be Pam and the duo kissed (Picture: NBC) 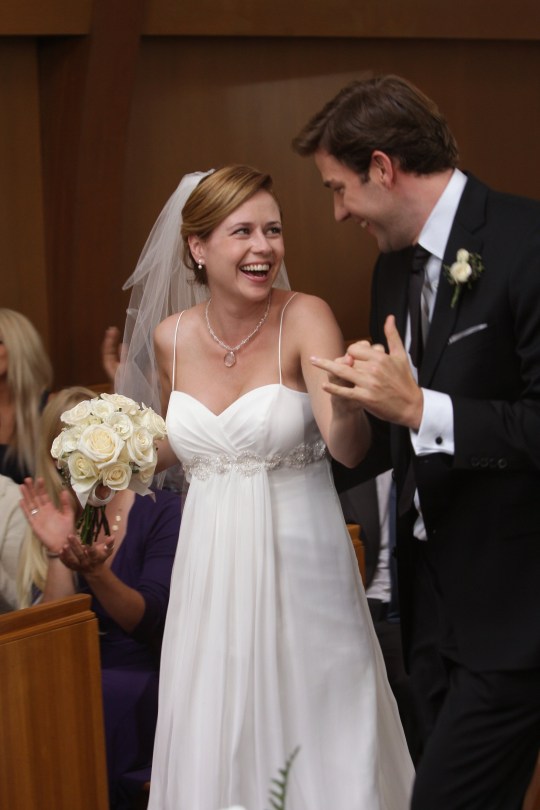 Jim and Pam are a couple in The Office (Picture: NBC)

Fans were delighted by the smooch and inundated social media with their comments.

’15 minutes into SNL and John Krasinski and Pete Davidson just kissed 10/10 I needed that,’ wrote one.

Pete Davidson & John Krasinski kissed on TV. That happened. That was nice. #SNL

Echoing a similar sentiment, another penned: ‘Pete Davidson & John Krasinski kissed on TV. That happened. That was nice.’

John, 41, starred on the series as Jim for all nine seasons.

The actor has been married to actress Emily Blunt since 2010, and they share two daughters – Hazel, six, and Violet, four.

Saturday Night Live airs Saturdays on ABC in the US.