The actor is currently starring in two major period dramas with Sanditon and Outlander (Pictures: Rex/PA/Britbox/ITV)

The divisive season one finale saw some fans desperate for a second season while others proclaimed that Austen would be ‘turning in her grave’ over the chosen ending, which saw brooding leading man Sidney Parker (Theo James) break central character Charlotte Heywood’s (Rose Williams) heart by leaving Sanditon and her for an engagement to his rich former flame to try and save the seaside resort from ruin.

Although the series was initially cancelled by ITV that same year, PBS swooped in and renewed the show for seasons two and three with co-producer BritBox in May 2021, much to viewers’ surprise and delight, before the rollercoaster continued when James confirmed he would not be returning as Sidney because he ‘felt his journey concluded as I wanted it to’.

With Sanditon’s new season hitting US TV screens on Sunday night on PBS Masterpiece – and BritBox on Monday for UK viewers – new joiner Alexander Vlahos has said that James’ exit as Sidney has ‘opened up’ the series into a ‘brilliant TV show’.

Speaking exclusively to Metro.co.uk as season six of Outlander airs, where he is also a new addition as Allan Christie, the jokingly self-proclaimed ‘bad boy of period drama’ also expanded a little on what’s in store on Sanditon.

Explaining that he gets ‘criticised on Twitter a lot always about the Theo James aspect’, the 33-year-old Versailles star clarified: ‘I’ve never met him [James], and I’m sure he’s a lovely guy. 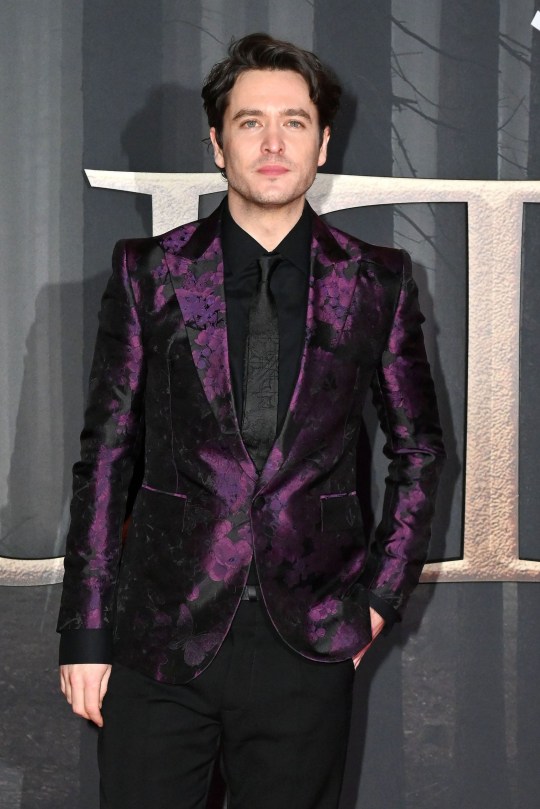 The ‘scale’ of Outlander hit the series’ newcomer, who is also new to Sanditon, at the season six premiere (Picture: Nils Jorgensen/Rex/Shutterstock) 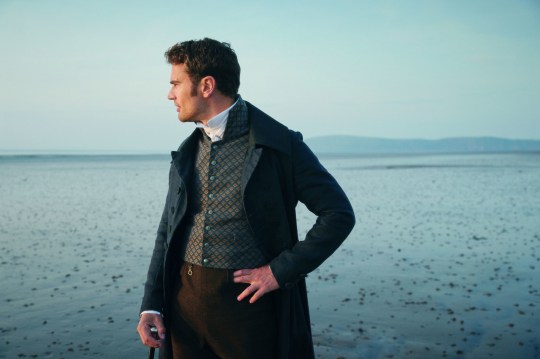 Theo James was the leading man in season one of Sanditon, as written by author Jane Austen in her unfinished novel (Picture: Simon Ridgway/ITV) 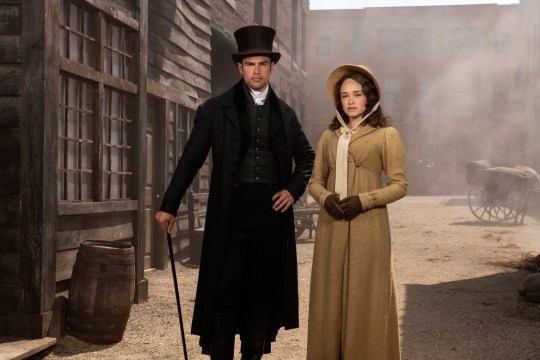 Fans were devastated when James left the series after Sidney left Charlotte at the end of the first season (Picture: Red Planet Pictures/ITV)

‘I’m not talking about him, but I’m talking about the character and the fact that he decided that he didn’t want to come back – or whatever that was, I don’t know, I don’t want to put my foot in it – [but] it’s opened up, now, what I think is a brilliant TV show.’

Addressing the fans who were distraught not to see Charlotte get her happy ending with Sidney, as would normally be expected from Austen source material, he continued: ‘I think the people [who] are holding on to the book, you have to remember – she [Austen] never finished it. I think by episode three of season one they were already going off-piste, so now in season two apart from the remaining core characters – your Kris Marshalls [who plays Tom Parker], your Turloughs [Convery, who plays Arthur Parker], your Roses [Williams], the main actors that are still there – what they’ve done now is they’ve just turned it into a wonderful Austen-like period drama.’

Teasing more on his character of Charles Lockhart, Alexander praised writer and executive producer Justin Young and revealed his glee over ‘playing a rock star in Austen’. 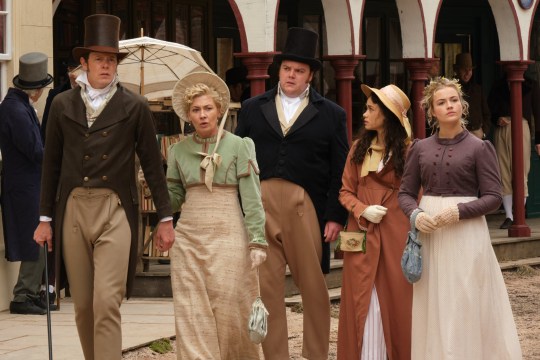 He added, of enigmatic artist Charles: ‘He swims naked in the sea, he puts his feet up on the table, he never wears a hat, he never carries a cane, he never bows to anyone. He’s a complete rock star.

‘And for something like that to be able to exist in that time is such a blessing for an actor like me, I’m just so excited for people to see where it goes because I feel like there’s two audiences at the moment and I think [it’s] the audience that are really holding on to the book and I think the people that will just absolutely love this wonderful TV show. 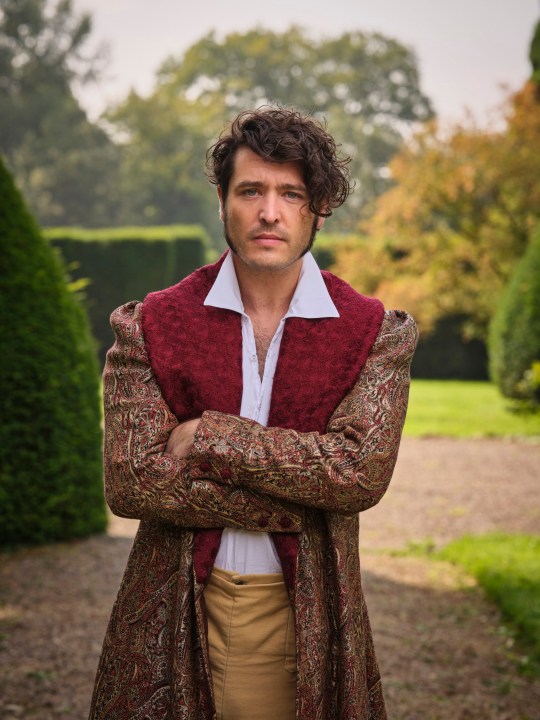 ‘It is really going in quite a brave and bold way, and I’m thrilled for people to see it – and season three, season three’s even more mad, so it’s great! [We’re] having fun.’

Alexander is also busy ruffling feathers on Outlander as a member of the complicated Christie family, new settlers to Fraser’s Ridge that look set to be a thorn in Jamie (Sam Heughan) and Claire’s (Caitriona Balfe) sides.

The actor, who also appeared as Mordred in Merlin for the BBC, admitted he was grateful not to realise ‘the scale’ of Starz’s crown jewel Outlander while filming as he ‘wouldn’t have gotten any work done’. 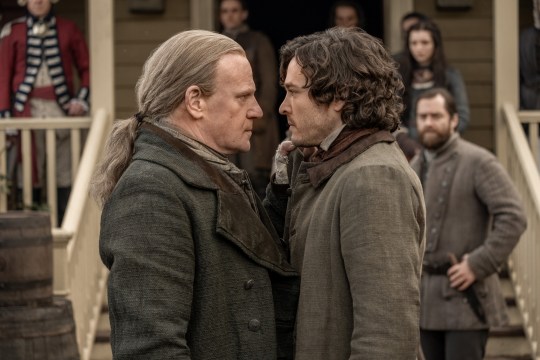 ‘It’s this weird thing with it,’ he mused, ‘Because people kept telling me, “Oh, you’re stepping on to a really big show” and you go “Yeah, yeah, yeah, okay.” I also feel like I’ve been on big shows before – Merlin and Versailles, they always felt huge, and even on Outlander it felt epic – but it [the scale] dawned on me at the Royal Festival Hall at the premiere!

‘I was like, “Holy sh*t, woah! Okay!” and then this last couple of weeks with the press around it, it’s just nice to be able to talk about it If I’m honest!’

Outlander season six is streaming on STARZPLAY. Sanditon season two premieres in the US on PBS Masterpiece on Sunday March 20 at 9pm ET, and on BritBox in the UK on Monday March 21. It will air later in 2022 on ITV.