Sam Heughan has revealed the struggles of filming for season six of Outlander due to the coronavirus pandemic.

The actor, who plays Jamie Fraser in the series, appeared via video link on Tuesday’s This Morning where he spoke with Holly Willoughby and Phillip Schofield about Outlander and his upcoming projects.

The 40-year-old revealed that they began filming for the new series in January, but things have been ‘tough’.

‘Are you filming Outlander at the moment?’ Holly quizzed.

To which he replied: ‘Yes we are Holly, we haven’t got you up yet.’ 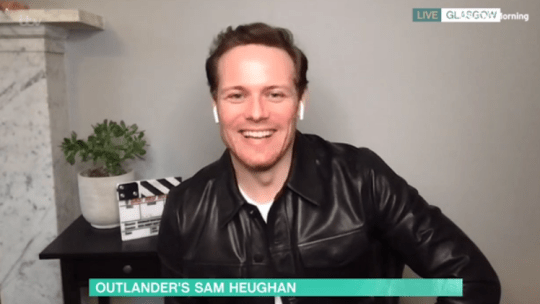 Phillip went on to ask the actor on how much of the upcoming season they had filmed. 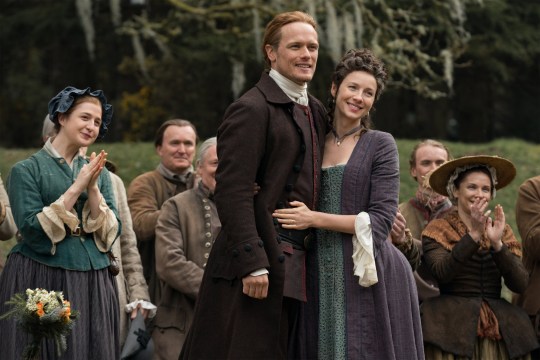 ‘We started in January,’ the actor continued. ‘It’s going well, it’s obviously a bit tough with the Covid protocols, but also the weather in Scotland has been pretty horrendous.

‘The snow has been bad but it feels like spring is finally here, there’s hope around the corner.’

Last month, executive producer Matthew B. Roberts explained how they are making things work on set despite Covid-19.

Speaking to Elle, he said ‘I didn’t want me or the staff changing what the story is for Covid. We have a lot of intimate scenes—that’s where we live and breathe.’

Matthew added that ‘testing, testing, testing, testing’ had been the only solution to their filming issue as he continued: ‘We had to figure out how to make sure we tested everybody a million times before they walked onto set and keep that bubble as safe as possible.

‘That was our main focus—making sure everybody feels safe walking onto a set in the studios and locations.’

Outlander airs on Starz in the US, while seasons 1 to 5 are available to stream on Amazon Prime Video in the UK.