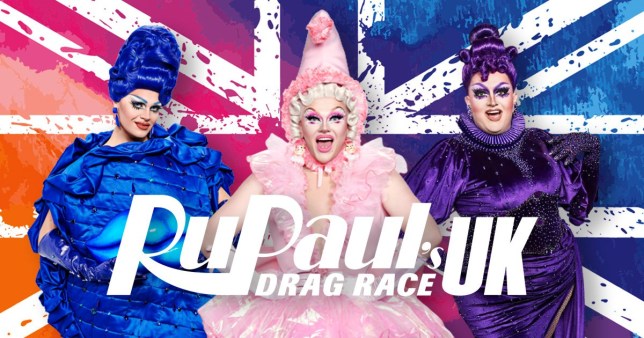 This week’s challenge was the toughest yet (Picture: BBC)

RuPaul’s Drag Race UK is past the halfway point and it’s getting more and more difficult to pick out who will be crowned Britain’s Next Drag Superstar.

After last week’s Snatch Game saw Tia sashay away, this week the gang were tasked with commemorating their lockdown experiences with coronvirus inspired super-sheroes.

Armed with difficult materials, the queens once again shook things up and went all guns blazing to make sure they got what they needed.

As a result, we ended up with some iconic – and harmful – looks as Tayce literally shed blood, sweat and tears to get herself right.

So who ended up flying high in this challenge, and who couldn’t quite get their feet off the ground? 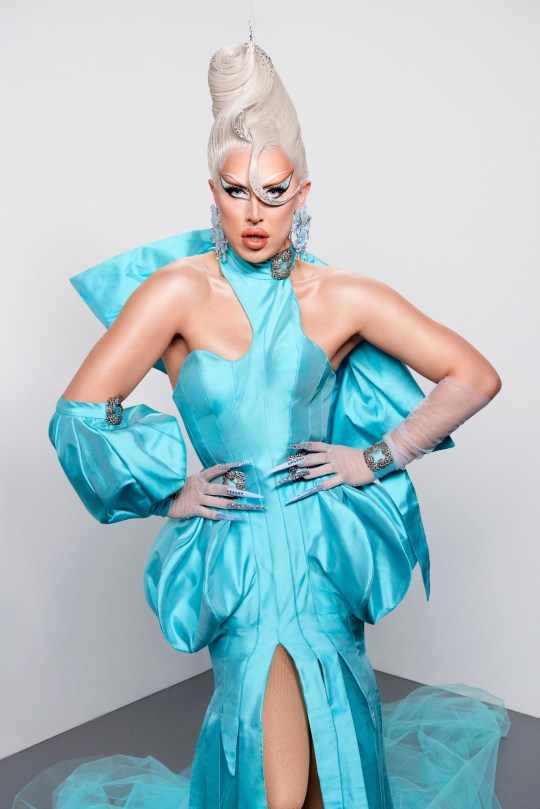 A’Whora proved she was worthy of her fashion queen status (Picture: BBC)

A’Whora has been on a winning streak ever since she got back from the seven-month break – and this week really proved she was the fashion queen of the season for a reason.

From her puffed out sleeves to the figure-hugging ball gown, we were obsessed with everything she gave us.

A’Whora is coming into her own now, softening around the edges with her shade getting a little less savage, but no less biting.

She’s really proving herself to be a finalist in the making if she keeps this up. 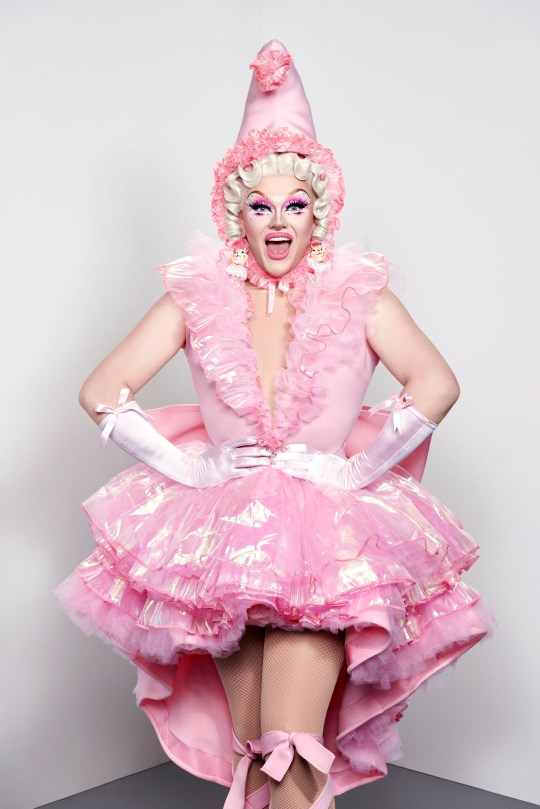 We can understand why Ellie would be so frustrated with the judges critiques – or lack thereof, we should say. She’s clearly trying her hardest and yet it just doesn’t seem to grab a response the way the other girls’ have.

Her Katy Perry-style candy look was absolutely adorable though, and she was rightly high up on the top half of the judges’ rankings this week.

With less queens taking up airtime, she’s also finally getting some airtime in the work room too – and we’re warming to her every week.

She’s been ‘coasting’ this season as a steady middle performer, but is she about to peak just when it matters the most? 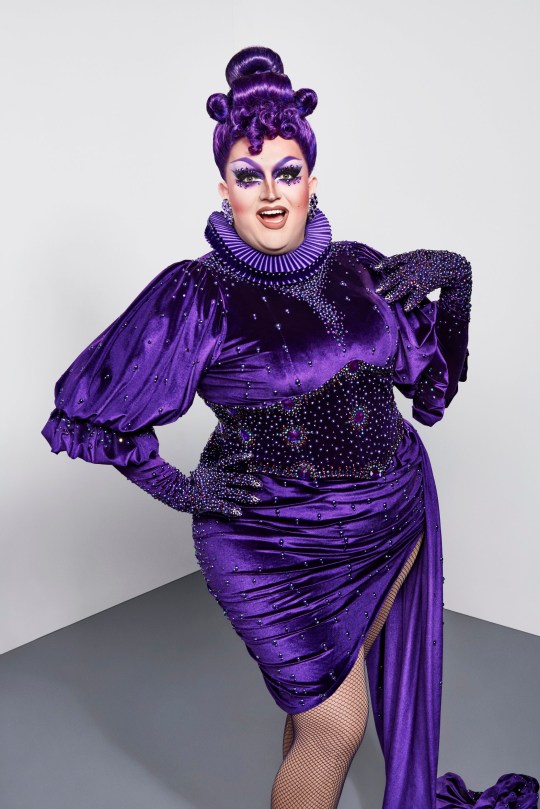 Lawrence needs to show a bit more versatility to stay in the competition (Picture: BBC)

It’s been obvious pretty much since day one that Lawrence Chaaaaaney has been Ru’s favourite in the competition – and until the past couple of weeks, she’s lived up to that standard and then some.

After falling into the bottom two last week, she was back with a vengeance, and her outfit was incredibly executed considering the Ikea bag material she had to work with.

But then again, it was a silhouette we’d seen on her multiple times before, and as a result it didn’t have the ‘stand out’ moment it probably should have had.

Lawrence needs to start showing a bit more versatility we think, or she could bottom out before the final after peaking too early. But we have every faith she can do it. 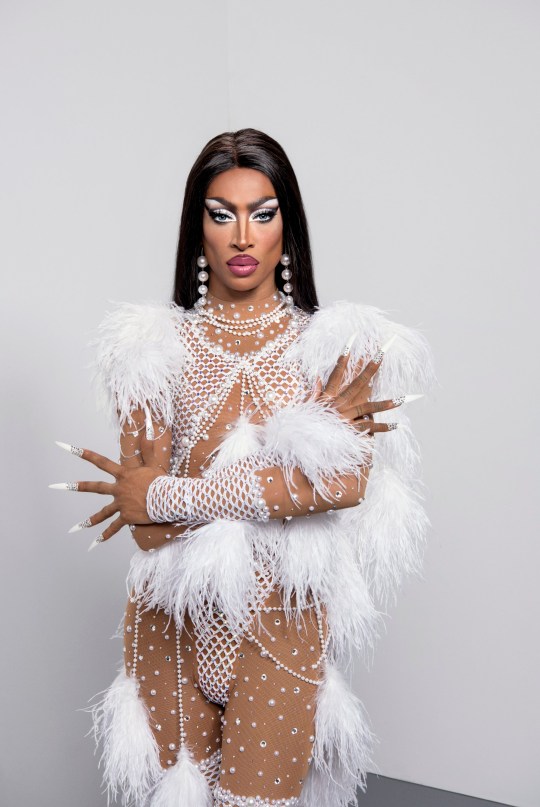 We love Tayce but this wasn’t her strongest week (Picture: BBC)

Tayce didn’t do her best this week and we reckon even she would know it – though we didn’t hate her ‘copper pube’ look as much as the judges did.

Granted, much like the sewing challenge in episode three, Tayce was the ideas girl, more than execution, and somehow being torn to shreds pulling apart scourers didn’t warn her that her outfit was a good idea.

She committed the ultimate cardinal sin in the series – she didn’t listen to Ru and Raven’s advice, and she paid the price for it by landing in the bottom.

This week did, however, prove that she can make absolutely anything work on the runway. Even an outfit that’s sticking to itself. 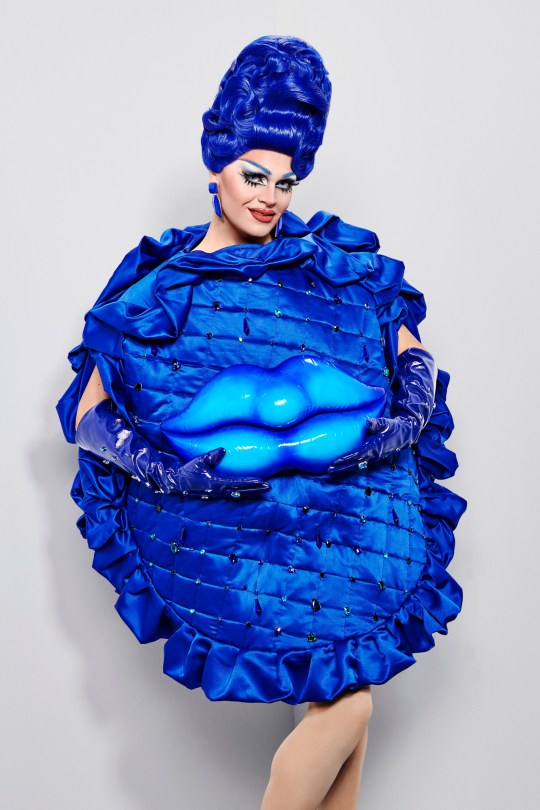 Sister Sister’s time was up this week (Picture: BBC)

Sister Sister thought she was being clever this week by swiping absolutely all the materials available to the queen thanks to her headstart – and to be fair, that’s actually pretty genius in getting an advantage.

However, her ‘In The Night Garden’ flower look just didn’t read on the runway, and she fell victim to having too many ideas for one garment. It wasn’t an awful look – just a bit of a busy one, and when compared to the others it just didn’t match up.

We’re really bummed to see Sister go this week. She was really ready and raring to go after her makeover and return from the break, and she had been upping her game, but sadly it just wasn’t enough.

Also, to whoever’s reading this: Don’t troll her. Be better than that. 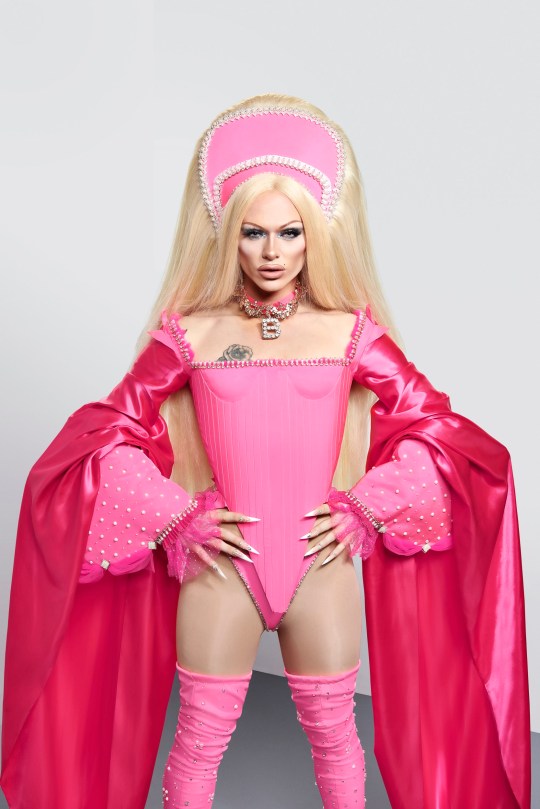 Bimini bottomed for us this week (Picture: BBC)

Bimini is at the bottom this week a little by default – it’s not that she was awful by any means, it’s just that we felt the others had a better episode.

She made it through the design challenge by the skin of her teeth, really, after having to change her entire outfit after being left with a couple of palm leaves and the teensiest amount of material.

What she came out with in the end still looked chic, but we put that down to her ability to ‘sell the garment dahhhhling’ rather than the outfit being that good.

On top of that, she kind of faded into the background, which is very non-Bimini, but like most of the others, sometimes you just need a quiet week.

Here’s hoping it was just a recharging moment and she’s back on top next week.