RITA Ora was left open-mothed when Firework was finally revealed in Saturday night’s The Masked Singer.

During the episode Rita, 31, stuck to her original guess that singer Jamelia was behind Firework’s mask.

Rita was left open-mouthed when Firework was unmasked 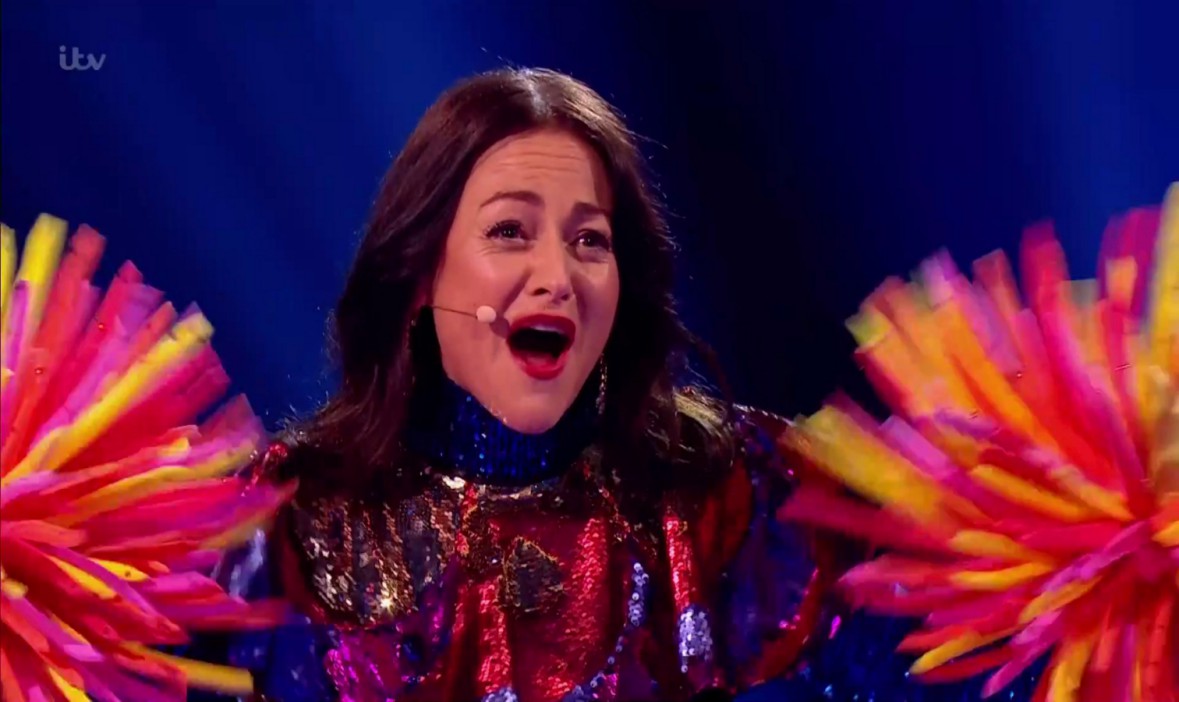 Behind the mask was actress Jamie Winstone

But after she received the fewest public votes, the character was revealed to be Rita’s close pal and actress Jaime Winstone.

Rita screamed and jumped up and down as her friend took off the mask, and Jaime told her: “I can’t believe you didn’t get me!”

Defending herself, Rita insisted: “I said your name. And I’m so mad I didn’t keep it. I can’t believe it!”

Rita responded: “Yes! But I just didn’t know. I literally call her a firecracker, we all call her that”

Jaime has starred in a number of huge TV shows and period drama was one of her clues. She also made a lot of references to EastEnders after playing icon Barbara Windsor in the 2017 biopic Babs.

Another reveal in the show, Doughnuts, had kept judges – and the viewers – guessing, with many convinced Gary Lineker would be behind the mask.

But it was another football legend – none other than Michael Owen.

After judges Rita, Davina McCall, Mo Gilligan and Jonathan Ross opted to send Rockhopper through to next week’s semi-final, Michael, 42, revealed himself.

As Michael took off his mask, a visibly shocked Rita shouted: “Oh my God!”

Mo said: “Do you know why I think I knew it was, Michael? I watch a lot of football so I know you’re a pundit.

“When he was speaking I was like ‘I know this voice, this is Michael Owen’.”

Throughout his time on the show, Michael had dropped hints including 10 – his shirt number – and monochrome, which referenced the Newcastle kit colours.

Davina had been convinced Doughnut was Michael Owen after crisps were used in a clue, thanks to his long-running partnership with Walkers.

Joel pointed this out and said: “Davina was getting distracted by the crisps reference, what was that about?”

Michael replied: “Do you not remember? Back in the day I was cheese and Owen.”

He added: “When I came out here for the first time, I thought taking a penalty for England in the world cup was nerve-wracking I knew I was gonna be the worst singer by a mile.” 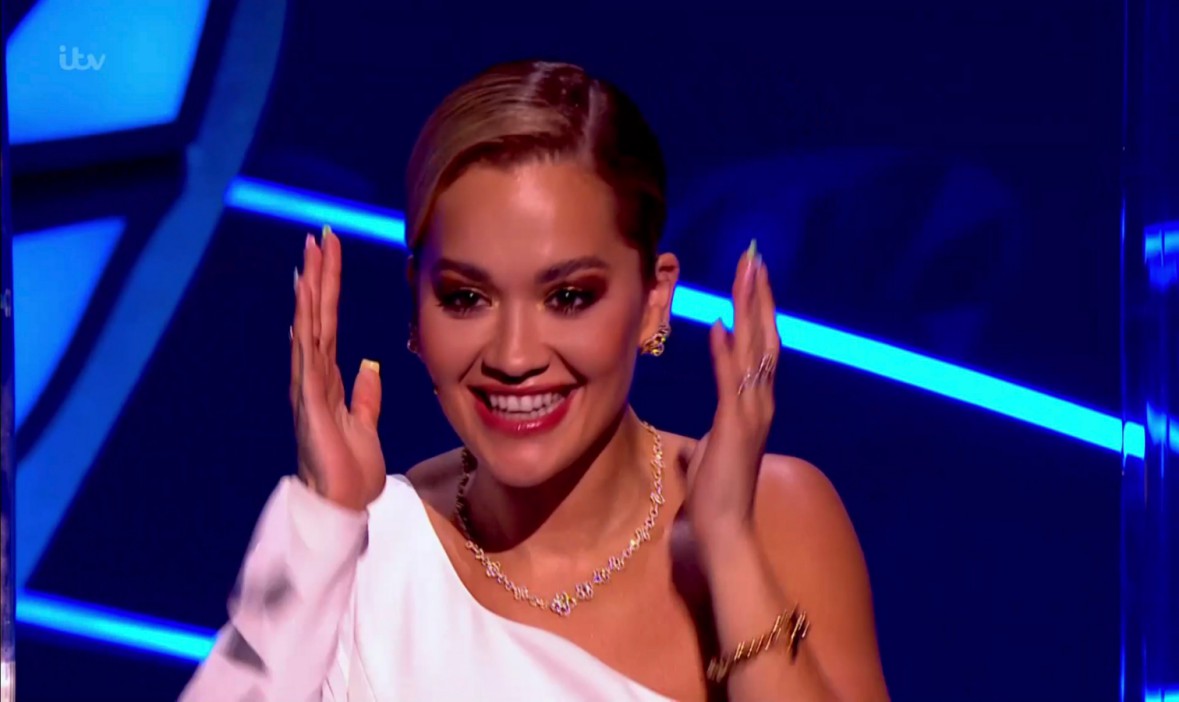 Rita couldn’t believe her best friend was behind the mask 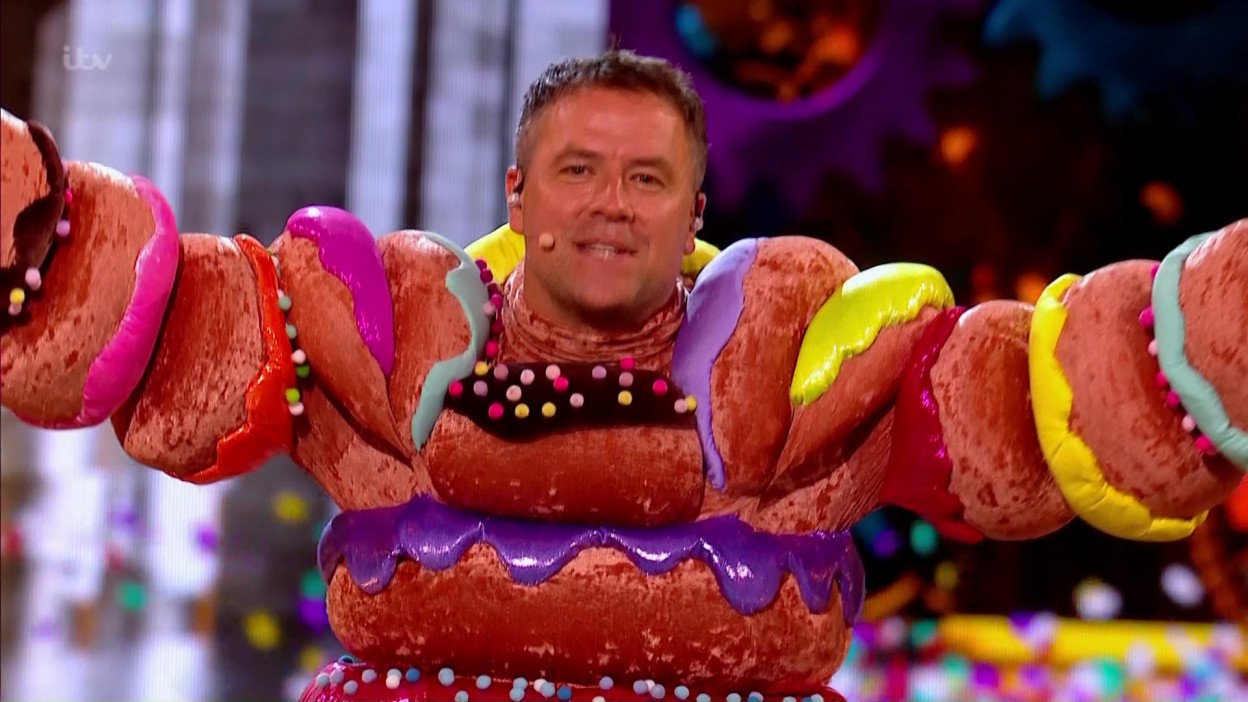 Doughnuts was also revealed to be football legend Michael Owen