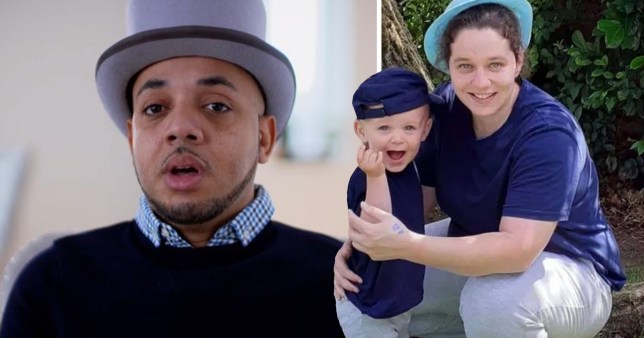 A millionaire who swapped lives with a single mum living on £53 a week in Rich House, Poor House, made the kind gesture of offering her a job to help get her life on track.

Jodi moved from her modest home in Hatfield to Ayo’s plush apartment in Battersea living on a healthy £1,514.61 per week.

Ayo, who brought along his friend and property expert Patrick for the experiment, was already used to living a life of no luxury due to growing up with a single mum before moving around care homes.

‘I’m reminiscing on my mum growing up and the struggle it was for her,’ Ayo said.

However, his rags-to-riches story still made it a little difficult to adjust to living on roughly £5 a day.

When Patrick made him a jacket potato, he complained: ‘I’m disappointed. It’s not cooked,’ while Patrick admitted: ‘We’re living like students.’

Meanwhile, Jodi was excited at finally being able to buy her son Jodison a tablet to further his learning.

Not every aspect of the rich life suited Jodi though as she struggled to get through a gourmet meal cooked by a private chef at Ayo’s apartment.

‘There’s too much going on, too much poshness. I’d definitely prefer a sausage sandwich,’ she admitted.

After meeting each other’s friends, Ayo and Jodi got a deeper feel for each other’s lives and the businessman was taken aback by the mother-of-one’s kindness towards others in need and also her attitude to want a better life for her family.

When they finally met at the end of the experiment, Patrick told her: ‘You’ve got absolutely every tool. You can talk, which means you can sell.’

Ayo added: ‘I’d love to give you the opportunity and get you to the point where you could obviously be making the extra money that you need to make,’ to which Jodi replied in shock: ‘That’s amazing, I really appreciate that.’

He later told cameras: ‘She’s good – I really like her and I’m interested to see how the relationship moves forward.’