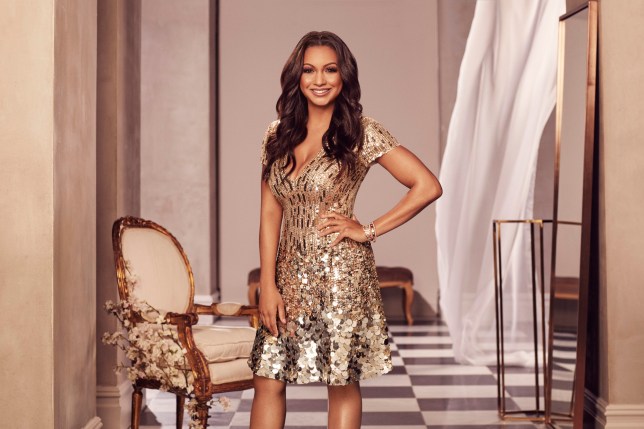 Eboni K. Williams impressed viewers as she made her debut on RHONY (Picture: Sophy Holland/Bravo)

Real Housewives of New York viewers are already loving Eboni K. Williams as she became the first black housewives to star a main cast member on the hit Bravo series.

Tuesday night saw season 13 premiere on screens and the former attorney turned broadcaster, 37, was an instant hit with fans.

Viewers were introduced to Eboni as she meet up at a park with second-year cast member Leah McSweeney, 38.

In another scene, Eboni made it clear she would be an open book on the show as she revealed that her car was repossessed by authorities before she joined the Bravo series.

Eboni explained: ‘When it came to pursuing my career, I believed in myself and put every dollar I had into it and I let some bills fall through the wayside because of it. I made some decisions that in retrospect, they were irresponsible.’

She continued: ‘The repo man was knocking on my doors like “ma’am, where’s your 3 series right now?” Honey I was dodging them, parking in different places so they wouldn’t find my car.

‘Well they found that damn car and repossessed it so I will never make those choices again. It was all on my credit.’

She then explained to her friend that it took her about a year and a half to improve her credit – which is now rated as ‘excellent.’

Hands down, the best thing about the #RHONY premiere was Eboni and her hilarious commentary! ðð½ðð

#RHONY Eboni must have had one of the smoothest, most essential introductions to a housewives franchise ever. She fit in so easily. I’m so impressed with her!

I love when a new housewife can admit theyâve seen the show. Eboni has seen ALL of #RHONY ð So excited to continue watching her this season !!!!

Eboni claimed: ‘It worked out for me, but it almost didn’t so I will never take that for granted. But I am so glad I bet on myself because I’m a sure thing.’

In a confessional, Leah praised her friend as she stated: ‘Eboni is pretty much the epitome of Black Girl Magic. She is a lawyer. She’s an AKA. She’s a broadcaster.

‘She took on the president, and she does this all while looking hot as f*** wearing Louis Vuittons.’

— Helmet of Salvation. Breastplate of Righteousness (@AshleyShyMiller) May 5, 2021

Viewers were in agreement as one wrote: ‘Eboni K. Williams with the Black Lives Matters mask and the the Central Park Five hoodie. Yes, mama! (sic)’.

Another added: ‘I already like Eboni because mama is real af. She done got on TV and told us her tea she ain’t give a b***h a chance to spray her with her own tea and for that we STAN’.

Another wrote: ‘Eboni K. Williams is kicking black history on the #RHONY Watching because of her!’

‘Eboni is already the best housewife of the season. I like the friendship between her & Leah so far,’ another stated.

One fan claimed: ‘Hands down, the best thing about the #RHONY premiere was Eboni and her hilarious commentary.’

Real Housewives of New York airs on Bravo in the US and is available to stream on hayu in the UK.

What happens in Snow White original story- including the kiss scene?

Who are Nick Kamen’s ex-girlfriends? From Amanda de Cadenet to Tatjana Patitz