Lisa took her spat with a fellow TV star up a notch when she shared his digits with her followers.

Lisa Rinna got into a social media war with a fellow reality star after she shared his phone number onlineCredit: Rex 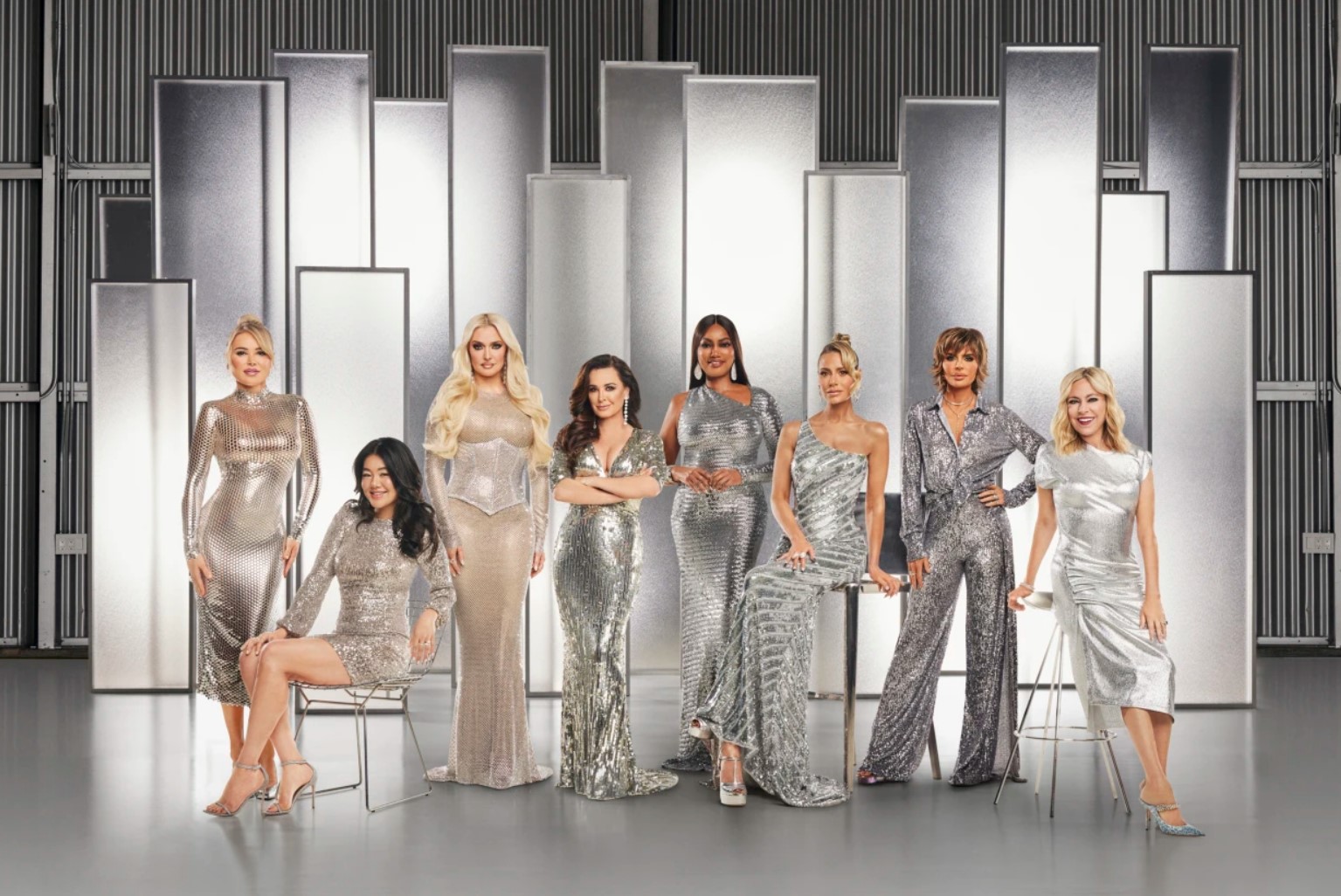 The star claimed to be a member of the ‘Real Husbands of Sunset,’ which is a new show he claimed was competing with the RHOBHCredit: Tommy Garcia/Bravo

The reality star posted a screenshot of a text she received from Patrick Somers, who had some choice words for her.

“Lisa, you need to stop with your rumors and lies about me. There’s plenty I can expose about you…,” the text read.

The Bravo star added commentary to the post, writing, “You exposed yourself,” in bold red letters.

She also added: “Hey expose away can’t wait to see what you’ve got,” seemingly threatening Patrick. 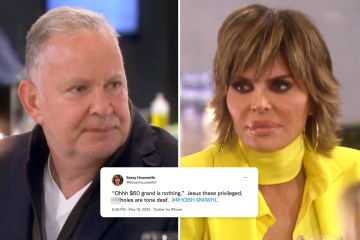 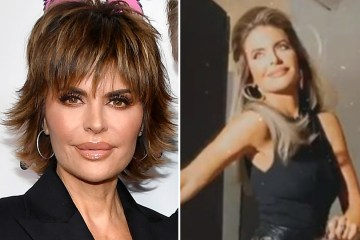 She wasn’t messing around as Patrick claimed he received “thousands of text messages” from unknown numbers, trolling the star.

Lisa also shared a fan’s message claiming they phoned Patrick after she leaked his number.

“I just called the number and they said ‘hello this is the executive assistant of Kathy Hilton,'” the fan replied, referencing Patrick’s rumored occupation with Lisa’s co-star.

Patrick quickly retaliated on Instagram, sharing a photo of the soap star and a scathing message.

“@lisarinna Why are you starting drama with someone who is half your age you overfilled ancient dinosaur. Anyways here’s Lisa’s number since she posted mine,” he wrote, unveiling her number.

He explained their feud on his Instagram Stories, saying: “Mind you… this is because Production has started on a series called ‘real husbands of sunset’ and the series is set to compete with the real housewives and features an all male cast . . . . (me being a member).

“We met Lisa just to get some pointers for our first season and drama started from the beginning.”

He continued his rant on the following stories, adding: “I honestly don’t like drama but imagine an unhinged 70 year old women starting drama with you because you privately tried to check her.”

“I need to go enjoy my Sunday so all I’ll say is this.

“Not only did @lisarinna post my number once… she deleted it and the posted it again to double down on her rant about me.

“Giving millions the chance to call and text and look up personal information associated with my phone number.

“For that reason only, im looking into all my legal avenues.

“it’s not like she has any money anyways but more of a principal thing.”

After sharing Lisa’s post about making positive connections after her number was released, Patrick took one more jab at the Real Housewives star.

The post read: “What a bonus getting to talk to so many nice people today since that guy posted my number thanks so much ! ! ! Love you guys so much ! ! ! #SilverLining.”

Patrick clapped back with the caption: “@lisarinna not you leaking my number first and then trying to change the narrative you hunchback.

“everyone knows your lying.

“You need to go worry about YOUR husband and YOUR finances and who he’s spending his time with because his wife is too busy running her overfilled mouth.

“Beverly Hills talks… and we all know,” he concluded.

The posts were shared on Bravo fan Twitter account, where fans slammed Lisa for her actions in the comments.

“Does Rinna ever stop and do any self reflection? Does she ever consider that she’s a 50 something mother of 2 and behaving like a troubled teen??,” one person asked.

“Ah! She’s going to have to get a new number that’s what she gets for posting his,” another said.

Others defended Lisa’s response, as one tweeted: “Sounds like she gave him a storyline. He should be thanking her instead.”

Another added: “Ahh yes, he (someone we never heard of) texted her out the blue threatening to expose her for talking about him (again, who is he?) but it’s HER fault for “starting drama” lol.”

Fans weren’t happy with Lisa earlier this month after her comment about a stolen watch.

During the episode, Dorit Kemsley, 45, detailed the extent of a shocking robbery to her co-stars, Lisa, 58, and Erika Jayne, 50, revealing that the thieves stole her husband’s $60K watch.

“You know what, that’s nothing, actually,” Lisa responded to her friend’s pricey admission.

Viewers were unimpressed that the Rinna Beauty mogul dismissed $60k as “nothing.”

Taking to Twitter, one wrote: “60 grand is nothing, Lisa. Really? So out of touch with reality.”

Another scathed: “Jesus these privileged, a******s are tone-deaf.”

A third gasped: “60 grand is nothing? Lord have mercy!” 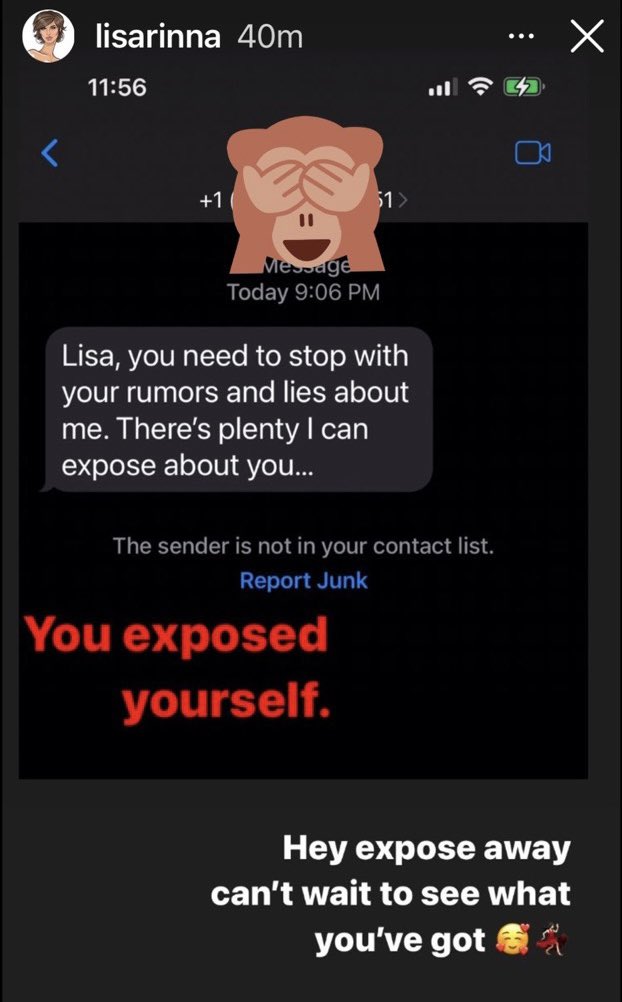 She posted the star, Patrick Somers’, phone number on her social media after a disputeCredit: Instagram/lisarinna

He responded by posting her phone number on his Instagram pageCredit: Instagram/patricksomrs 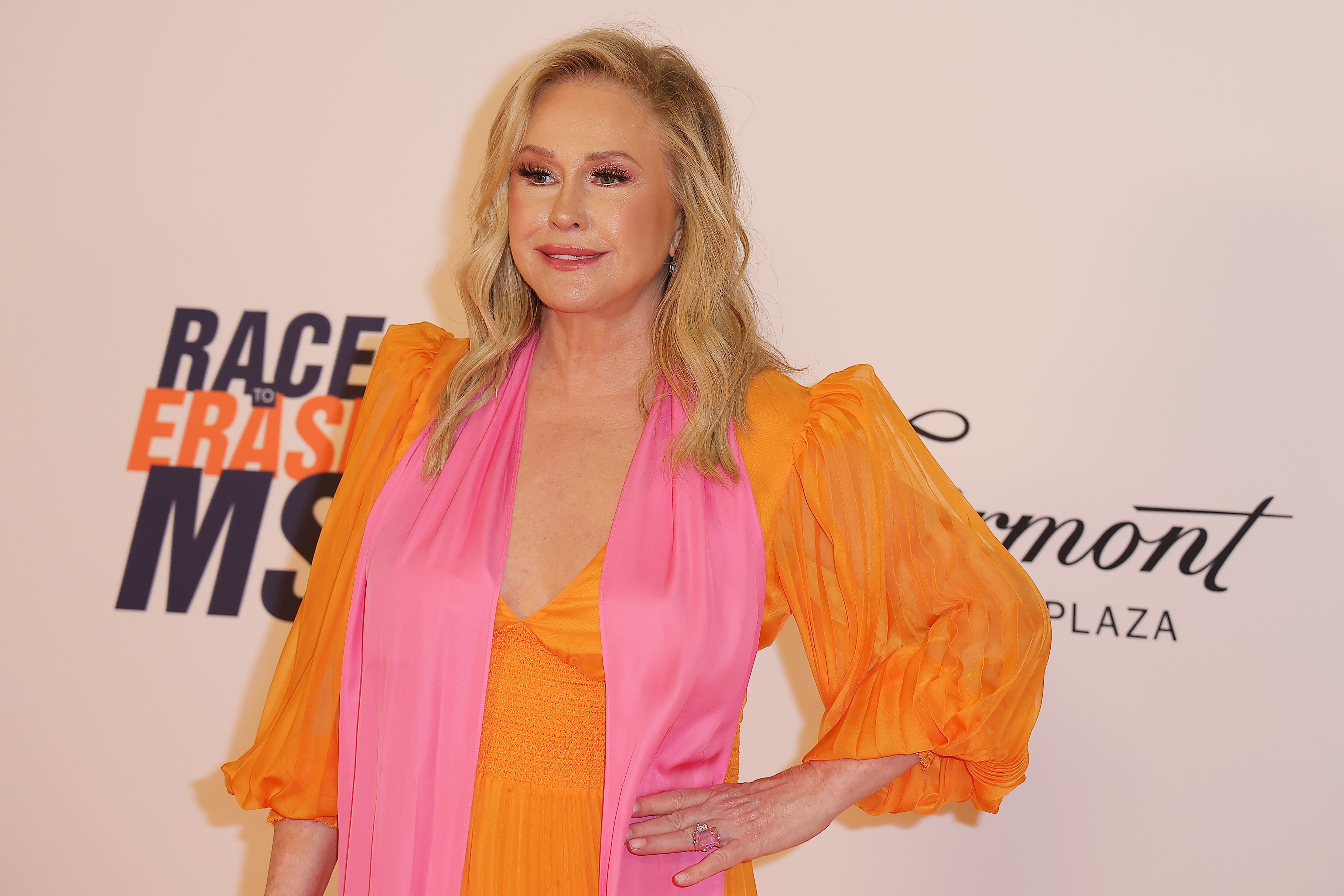 I Didn’t ‘Look Up to’ Ex Peter Weber