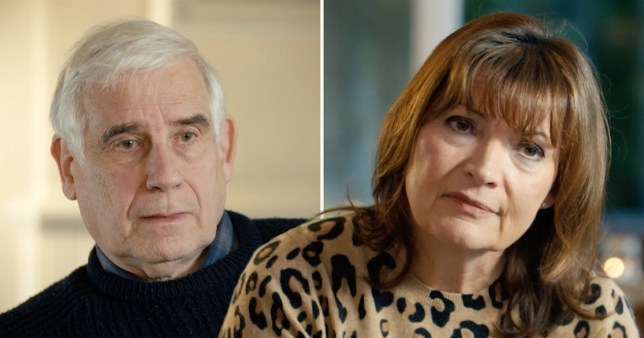 Lorraine Kelly revisited the families who had lost children in the tragedy (Picture: ITV)

Viewers of Return To Dunblane with Lorraine Kelly were left in tears reliving the horrors of the school shooting on its 25 year anniversary.

The presenter, 61, was one of the reporters who visited the primary school in the aftermath of the deadliest mass shooting in British history, which claimed the lives of 16 children and their teacher in March 1996.

Lorraine revisited the places she had been to cover the horrific atrocity and spoke with the families whose lives had been destroyed as their five year old children were shot dead.

She also spoke to Monsignor Basil O’Sullivan, who was one of the priests who had officiated 17 funerals in just four days, who told her: ‘I was simply traumatised, as was everybody else, and I was terrified of breaking down, particularly in the funerals – fortunately I didn’t.

‘But I was really drained, spiritually, physically and emotionally. I think the whole town went into shock.

‘It’s very difficult to cope with something that is insane, really. You walked into the shops and on the streets and there was a sadness and activities died down. 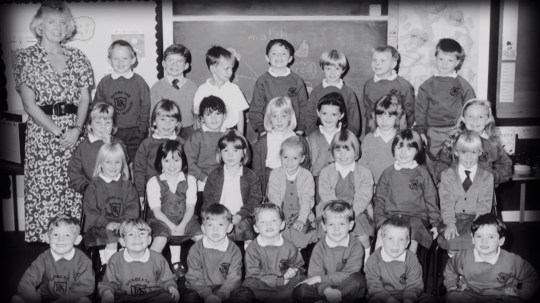 Sixteen children and their teacher lost their lives (Picture: ITV)

‘People didn’t have the energy to do anything but survive. You could see from people’s drawn faces that they weren’t sleeping and they weren’t eating and that was my experience as well.’

Viewers were left in tears at the heartbreaking stories, tweeting: ‘God bless all that passed in that terrible disaster. #dunblane Hard to watch, so sad! X’.

@reallorraine that was simply heartbreaking,but you did those families proud.I remember it like it was yesterday. I cried my way through tonightâs programme,now having my own daughter at primary school,my heart breaks even more for those who lost ð #dunblane #NeverForgotten

25 years on and still as heartbreaking today! #lorrainekelly was brilliant as she covered tonightâs special on #itv
Letâs hope #america think on and see how far we have come in regards to Gun ownership – #Dunblane

#Dunblane
I remember exactly where I was when I heard the news, early in the morning on this horrendous day.
At the time, I was a father of very young children and my heart went out to all those parents. So, so sad.

Return to Dunblane on ITV is a really tough watch. Heartbreaking for the families. Unimaginable

Crying my eyes out watching the #Dunblane documentary ð­ð­
The only good thing from this horrific incident was that it changed UK gun law forever.

Many praised the harrowing documentary and Lorraine’s compassion, writing: ‘@reallorraine that was simply heartbreaking,but you did those families proud.I remember it like it was yesterday. I cried my way through tonight’s programme,now having my own daughter at primary school,my heart breaks even more for those who lost.’

The legacy of the parents who lost children in the mass shooting has been the grassroots Snowdrop Petition, which resulted in the ban of handguns in order to prevent it ever happening again.

Return To Dunblane with Lorraine Kelly is available on ITV Player now.