Hilary Duff has opened up about some of the unexpected downsides she’s been suffering form during her third pregnancy.

The former Disney star revealed she’s been experiencing ‘lightning crotch’ as she made an appearance on Friday’s The Ellen DeGeneres Show.

Speaking to guest host and CNN anchor Brooke Baldwin, the Younger star stated: ‘Let’s be real here, I think Matt [Koma, her husband] was the first one to be on blast with that and then I just happened to repost it because I can’t help but think his trolling me is so funny.

‘I didn’t have it with the other kids so I text my midwife the other day and I was like, “What’s up with the stabbing pains in my vagina? I’m not feeling this.” It feels awful, like you’re being struck by lightning.’

Hilary continued: ‘She just wrote back and was like, “Oh, lightning crotch,” like it was no big thing. I was like, “This is quite traumatic.’ It’ll just strike and all of a sudden you’re doubled over then it’s gone.

‘The term is call lightening, which is like the baby getting ready for birth, lowering.’ 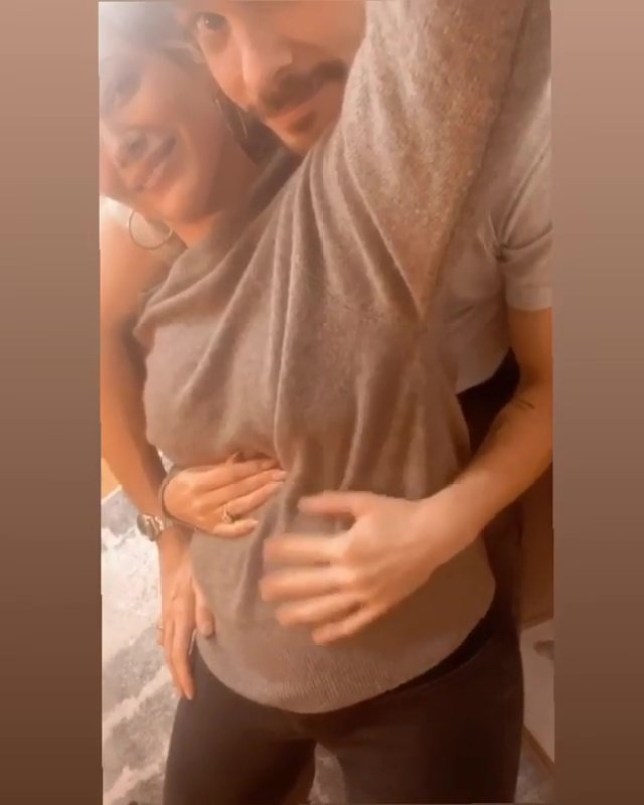 Hilary Duff has been having new pregnancy symptoms as she expects her third child (Picture: Hilary Duff/Instagram)

Lightning, also known as lowering, means the baby is lowering so the mother can get a full lung supply of air ahead of birth.

Something Hilary admitted she haven’t been able to do in months.

Despite the shocking down-under feels, the singer did note that this third pregnancy has been her ‘best pregnancy so far.’

She laughed: ‘I feel about how I look, which is really really big. I feel tired and honestly it’s been the best pregnancy so far… I don’t have time to focus on every ache and pain or [like] “the baby’s the size of this fruit this week.”‘