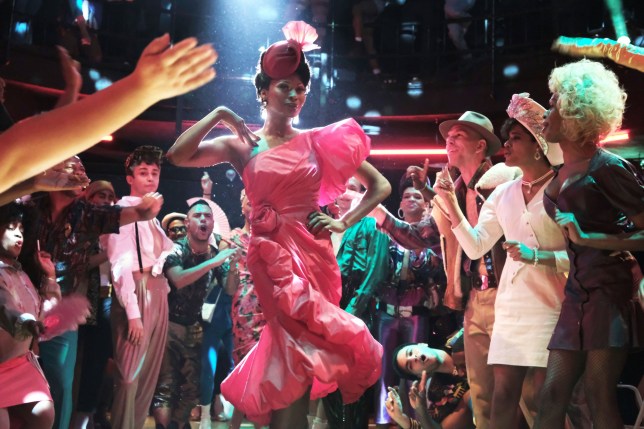 The cast of Pose has paid an emotional goodbye to the landmark show after wrapping the upcoming third and final season.

The groundbreaking Ryan Murphy drama, which explores the LGBTQ+ and gender-nonconforming drag ball culture scene in New York City, first arrived in 2018 and was met with critical acclaim, with its second season landing one year later.

Earlier this month, however, it was announced that Pose is coming to an end this summer, with the first episode arriving in May.

Filming finished on Saturday and a number of the show’s cast marked the end of an era on social media.

‘And just like that… it’s a Wrap,’ they wrote. ‘I couldn’t have asked for a better cast and crew to work on long side. The long hours, Emotional pull , The early calls were all worth it in the end. This show has changed my life, And I wouldn’t have it any other way. So thank you pose fam, we did it! We changed the world, and we showed them how to love a bit harder again!

‘To my family, friends,supporters, and fans. None of this will be possible without you. From the interviews, right down to the comments, you all have been nothing but positive lights! Thank you thank you thank you.

Dyllon Burnside, who plays Ricky Wintour, shared a picture of him and the cast before shooting his last scenes.

‘I just arrived for the final day of production on @poseonfx,’ he wrote. ‘I don’t have the words to articulate all of my feelings right now… what I will say, though, is that I have learned SO MUCH about love, life, family, art, community, myself, this industry… idk.

‘So many things… from this group of people. I’m grateful for y’all. You are all realness personified. Thank you for the ways you have enriched my life… I’m sure I will have more to say as the final season airs but until then… I’ve been blessed beyond measure to work on this show for the past 3 seasons. You’ve given me more than I could’ve ever imagined.’

Angel Bismark Curiel paid tribute to his character Papi, and said that it was an ‘honour’ to play the role.

‘Papi is my hero,’ he wrote. ‘The kind of man I aspire to be. Focused, loving, kind, forgiving, encouraging, the type to go above and beyond in the name of family. Not sure why I was given the gift of portraying him but it’s an honor I’ll carry with me for the rest of my life.

‘Papi openly loved Angel, a Black and Latinx trans woman. No f*cks given. He didn’t care what anyone had to say.I hope Papi’s love story encourages men to stand in their truth, unlearn all that toxic shit, and learn to love. Period. The killings of Black and brown trans women has everything to do with shame and toxic masculinity and the harmful effects of the gender binary. If you love someone, truly love someone including yourself, no harm is being done. We must love and protect the people we love.’

He concluded his post: ‘For me, Papi was a mountain — a high summit for a mortal like me to climb. I could not have played him without the support of my family for life.’

Elsewhere, Lulu Ferocity’s Hailie Sahar added: ‘We have forever changed the narrative of storytelling in Hollywood. I’m proud of us all ,and I love you all forever.’

The last season will be set in 1994, and ballroom feels like a distant memory for Blanca (Mj Rodriguez) who struggles to balance being a mother with being a partner to her new love, and her latest role as a nurse’s aide.

Meanwhile, Pray Tell (Billy Porter) contends with unexpected health burdens as Aids becomes the leading cause of death for Americans ages 25 to 44; while in the balls, the emergence of a vicious new house forces the House of Evangelista members to contend with their legacy.

Pose season 3 will launch on May 2 on FX.