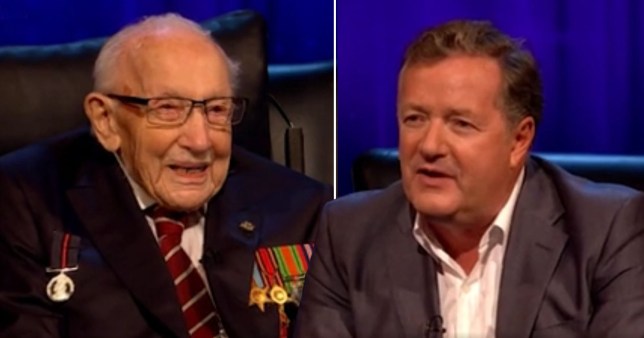 ITV is set to repeat the episode of Piers Morgan’s Life Stories focusing on Captain Sir Tom Moore this evening, after the much-loved veteran died aged 100.

The show, which was originally broadcast last September, will air after the ITV news at 10.45pm.

The episode saw Sir Tom share stories from his life and discuss his fundraising efforts during lockdown, which raised an incredible £33million for NHS charities.

ITV has also announced that a special episode of Good Morning Britain commemorating Sir Tom will air on Wednesday from 6am.

Tomorrowâs @GMB is dedicated to Captain Sir Tom Moore.
The man who put the Great into Great Britain & reminded us all of the power of courage, resilience, positivity, determination & a will to succeed against all the odds.
Tune in from 6am-9am. @GMB pic.twitter.com/Wr7L7U9Z0H

The Second World War veteran’s death was confirmed by his family on Tuesday, after Sir Tom tested positive for coronavirus.

‘In our darkest hour since WW2, he rallied Britain with his resilience, courage and optimism. ‘Let us all heed his mantra in our own lives: “Tomorrow will be a good day.” Thank you, Tom.’ 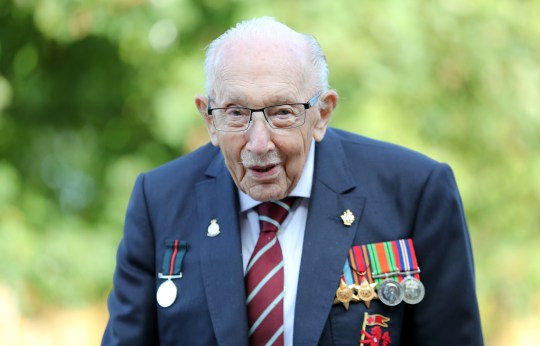 BBC Breakfast host Naga Munchetty tweeted an emoji of a broken heart while singer Katherine Jenkins said: ‘Tomorrow will be a good day because of how brightly you shone in all our lives. Thank you for bringing us hope and strength. An angel amongst the angels. RIP Captain Sir Tom.’

Sir Tom rose to national treasure status due to his incredible determination in 2020. He successfully completed a challenge of walking 100 laps around his garden before he turned 100 last April.

At first he aimed to raise just £1,000 for the health service, but his efforts were picked up around the world and the donations came pouring in to raise £33million