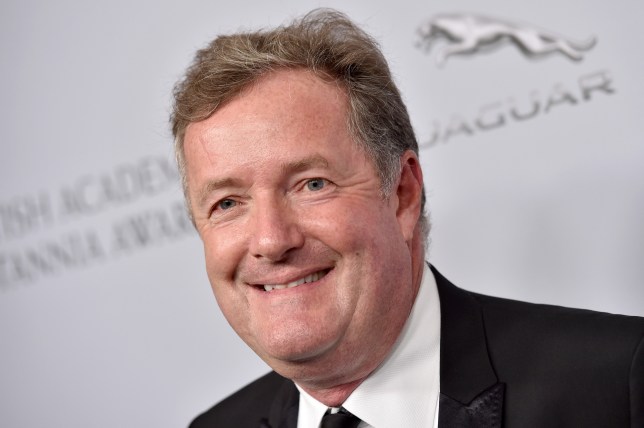 Piers got into a row with a producer (Picture: Axelle/Bauer-Griffin/FilmMagic)

ITV bosses are reportedly ‘discussing’ Piers Morgan’s conduct after he had a Twitter spat with Adeel Amini.

The Good Morning Britain presenter took aim at the TV producer on social media, after he stated he would ‘very much say no’ to working together again.

‘I’m gonna poke the beast here,’ Adeel – who worked behind the scenes on Catchphrase and Blind Date among others – began, but did not tag the 55-year-old in the post.

‘TV freelancers: would you turn down a job based on a company’s previous output / who the presenter was / what message the show sends?

‘(Full disclosure: I worked on P*ers M*rgan’s Life Stories as a researcher but now I’d very much say no).’

Despite not being tagged or mentioned fully, Piers found the post and quoted a reply, which read: ‘Hi Adeel, you spent precisely two months working on Life Stories in 2010 & judging by your CV that was the pinnacle of your TV career.

‘So you really don’t need to worry about getting any more job offers from me because I’d rather employ a lobotomised Aardvark.’

Broadcast Now states that ITV bosses will be ‘discussing’ the Good Morning Britain host’s ‘conduct’ over the public interaction, which is still visible on his page.

The publication states that ‘at least one person contacted Carolyn McCall, Kevin Lygo and Ade Rsawcliffe’ to complain over Piers’ tweet’.

Addressing the claims on Twitter, Piers wrote: ‘Yes, and I am discussing abusive hypocrite @adeelamini’s conduct with ITV.’

Adeel added on his own page: ‘Jokes aside (+ my last note on the matter): call out bullying. Wherever you see it, whoever it’s from.

‘Call out bullies. Call out systems/people that enable them. Call out people abusing their power.

‘Call out those who co-opt “Be Kind” and target others. Your voice matters.’

Metro.co.uk has contacted reps for ITV and Morgan for comment.