PIERS Morgan teased his Good Morning Britain co-star Susanna Reid for the “sexy cleavage dress” that she wore on the show yesterday – as he insisted he “didn’t notice” her boobs.

Viewers were stunned when the 50-year-old star hosted Wednesday’s episode of GMB in a plunging green silk dress, with Piers quipping she was “glad she’s put them away” today. 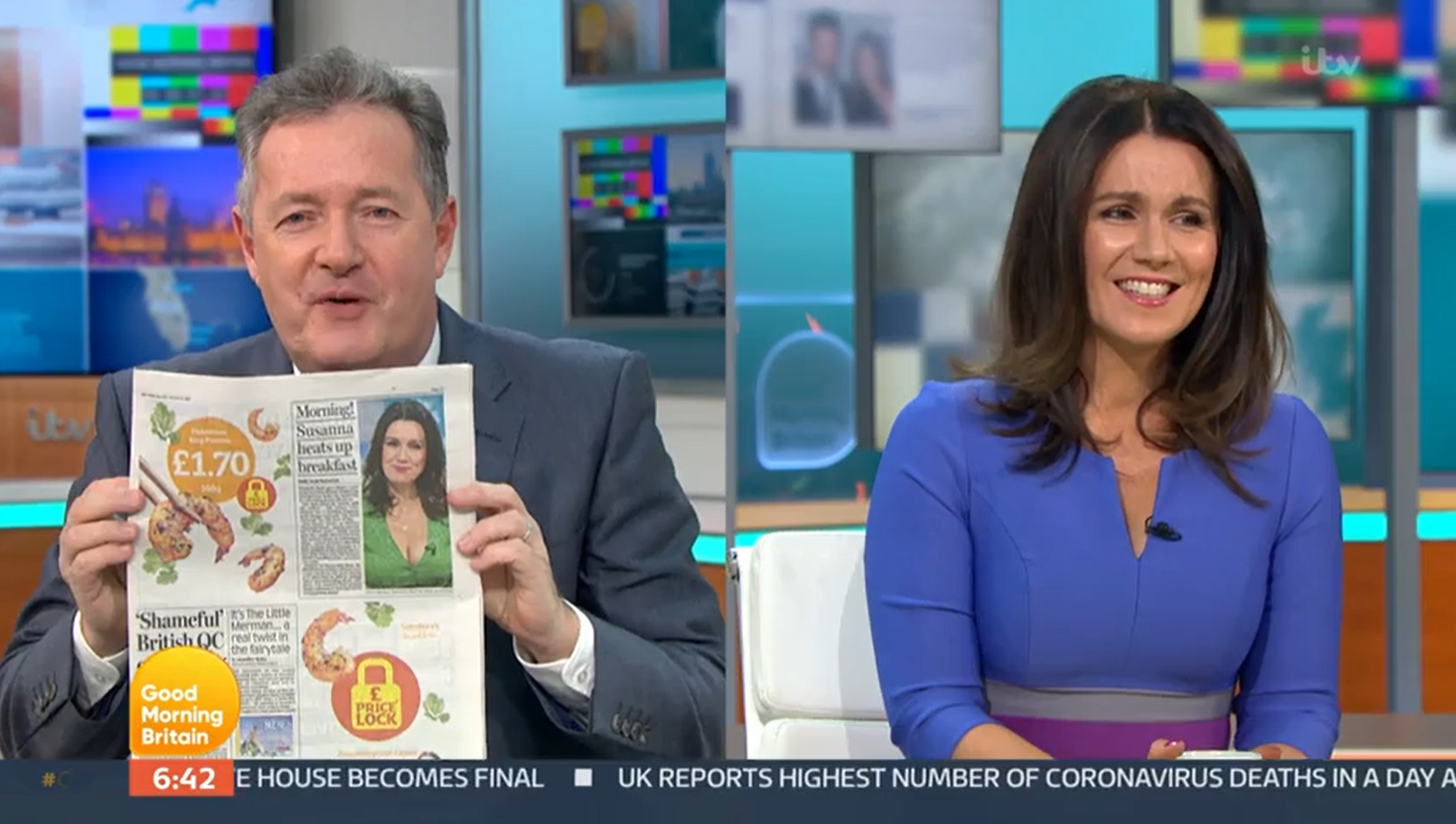 Kicking off today’s show, the 55-year-old presenter revealed a newspaper article about Susanna’s outfit, telling viewers: “Yesterday, this huge historic day… But it was nothing to do with the inauguration.

“It was Susanna Reid’s cleavage, which appears to have made a huge, huge impact on the nation.

“Susanna heats up breakfast – I hadn’t really noticed, because obviously I don’t objectify you in the workplace so I hadn’t noticed.”

Susanna quipped: “Women shouldn’t have boobs at breakfast – they’re for later on!” 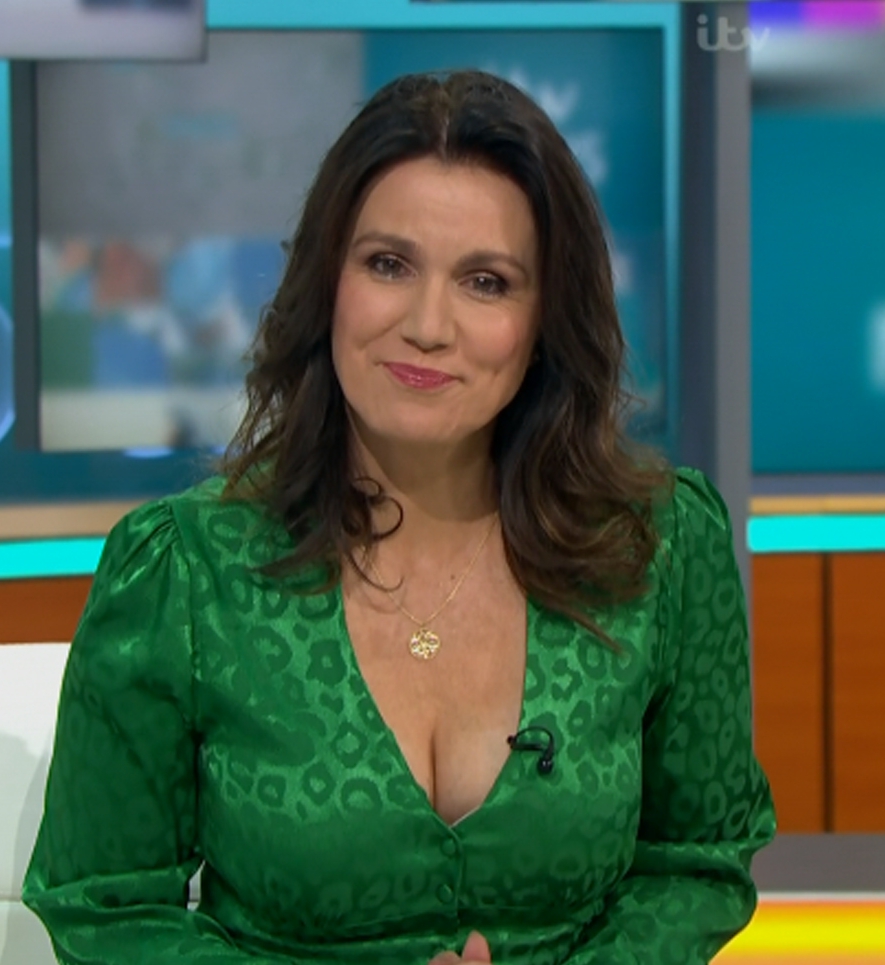 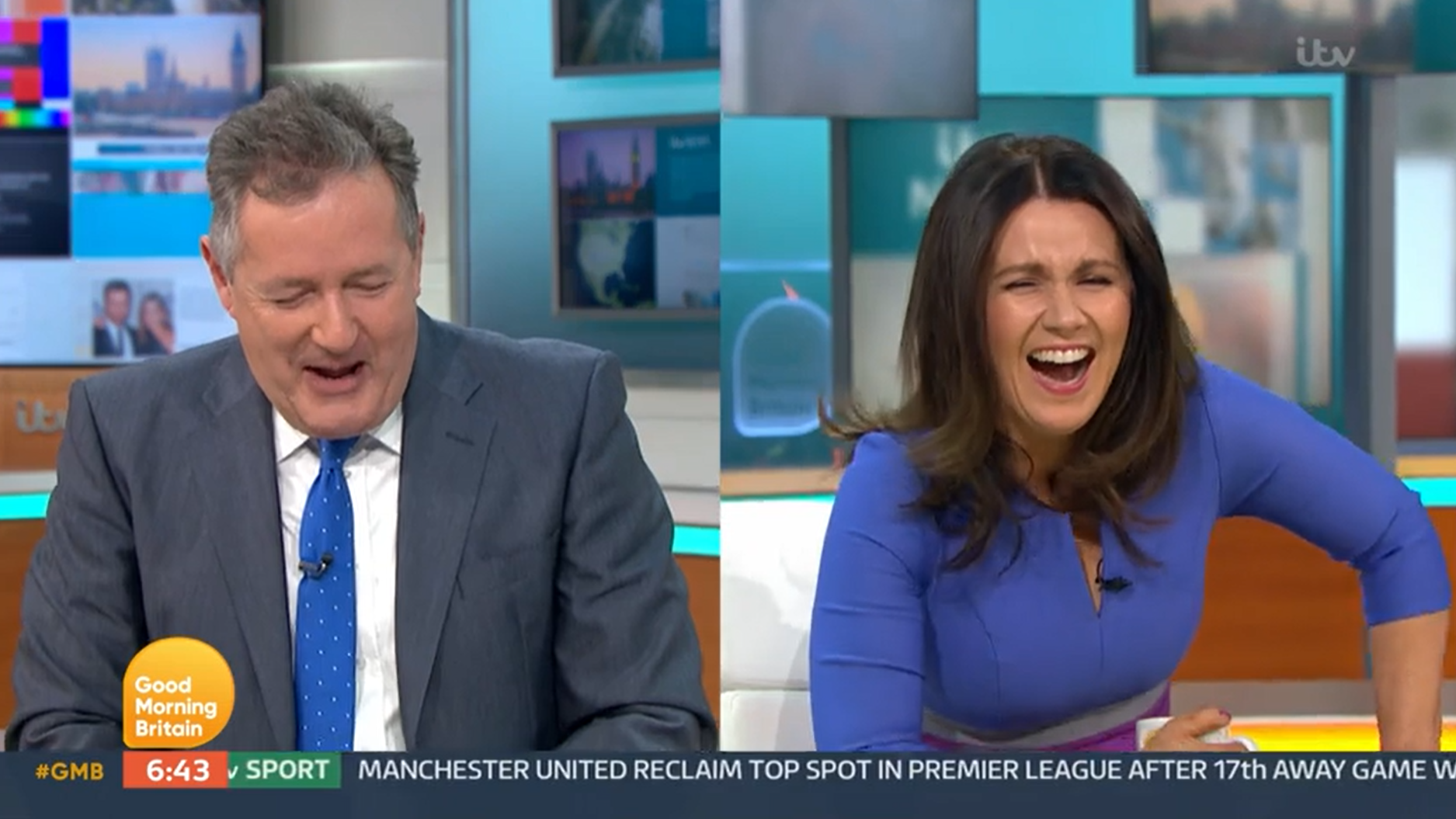 He then read the article out, with the piece also referencing a time 11 years ago when the brunette beauty’s outfit sparked complaints.

Piers continued: “Well here they are, 11 years later, and they are still complaining about your cleavage!

“I’m very relieved on behalf of the nation that you have decided to put them away today because we can’t cope. 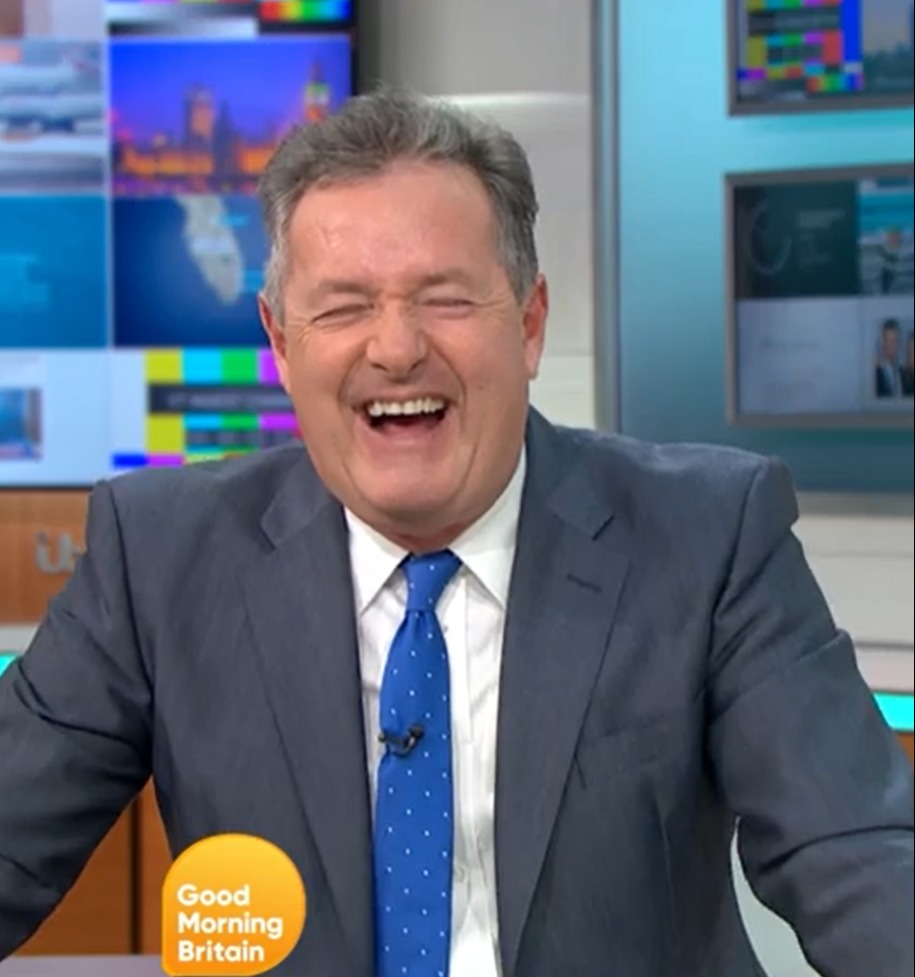 He chuckled as he thanked her for ‘putting them away’ today

Susanna, who today was wearing a tight-fitting blue and purple dress with a much higher neckline, then pointed out Lorraine Kelly’s choice of outfit yesterday.

The Scottish presenter raised eyebrows when viewers spotted zebras that appeared to be “having sex” on her patterned dress during her show. 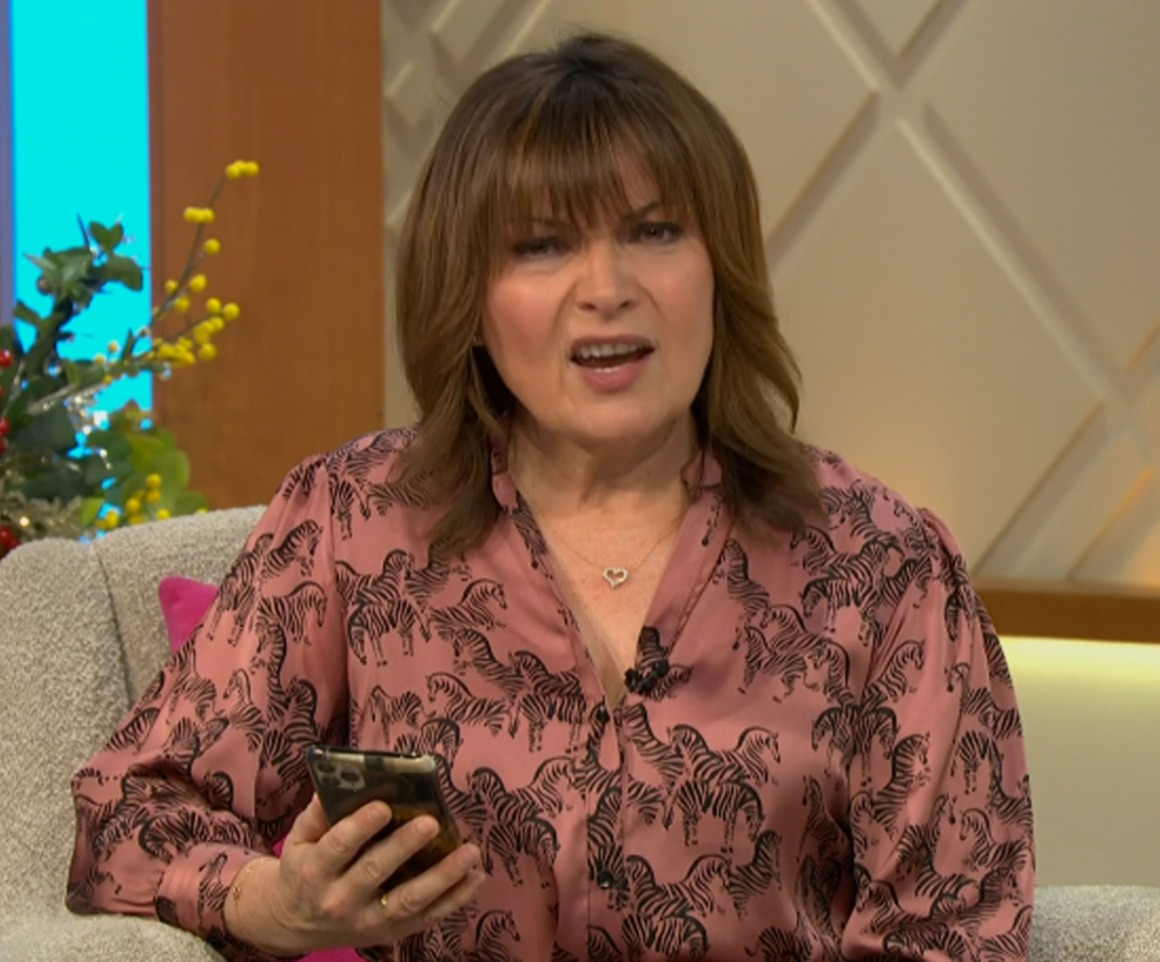 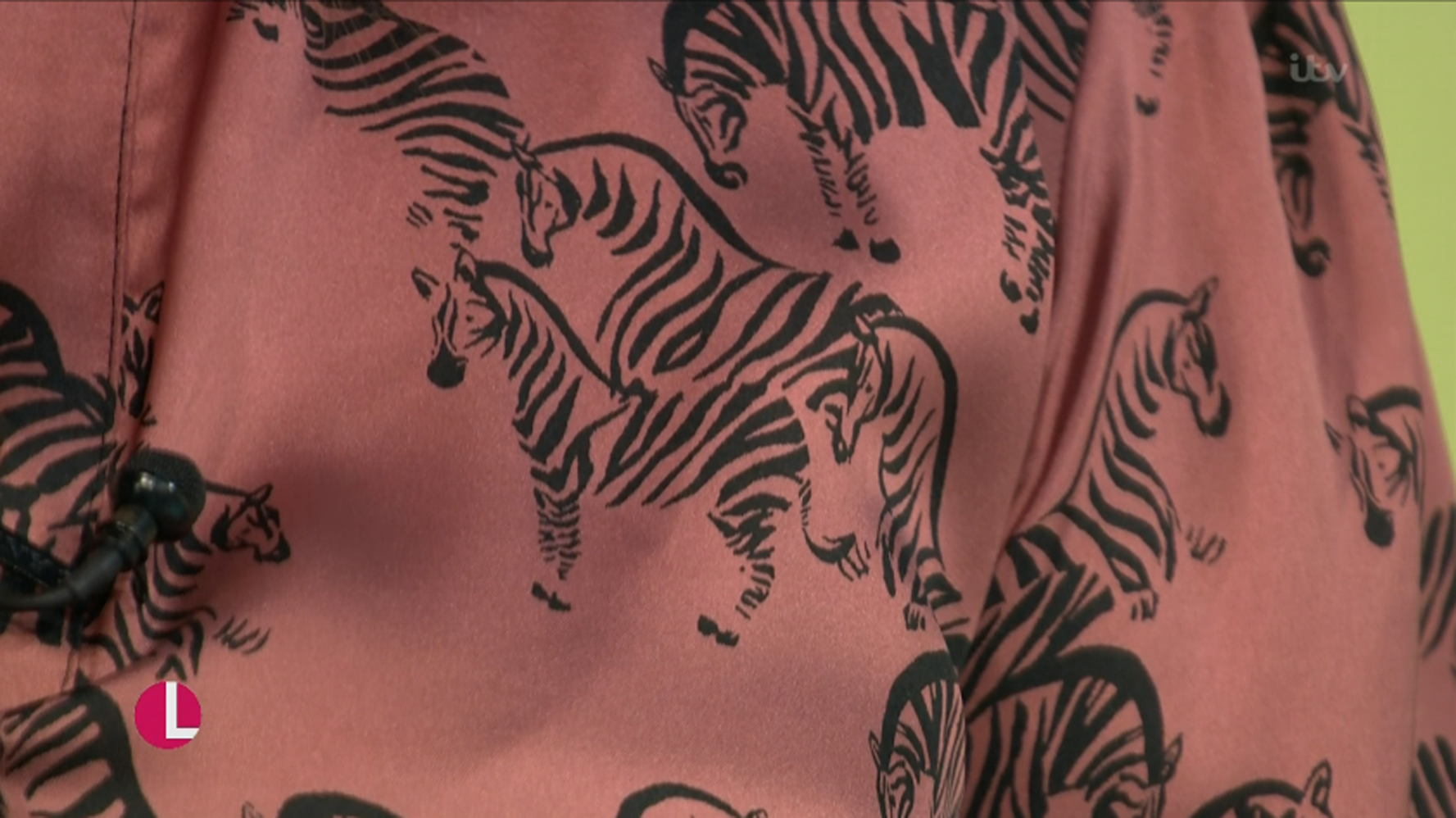 Viewers claimed the zebras in the print were ‘having sex’

Lorraine got the giggles on air as she read out a comment from a viewer at home.

At the time, she chuckled: “Thank you to all the people who have pointed out that the zebras are frolicking and romping.”

Susanna laughed today: “Thank you for taking the heat of me – yours is much more explicit!”