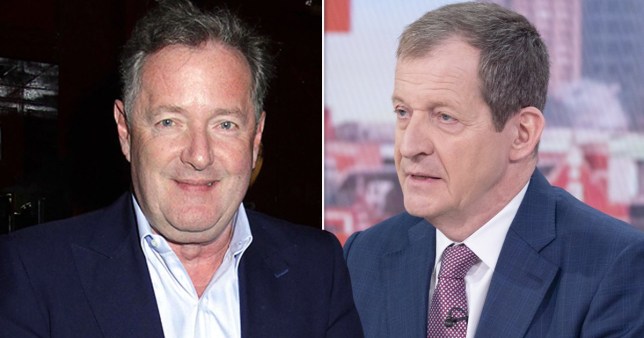 Piers Morgan has hit out at Alastair Campbell and his ‘pitiful’ Good Morning Britain ratings after the presenter quit the show in March this year.

The former Spokesman for the Labour Party briefly took over from Piers, presenting alongside Susanna Reid for Mental Health Awareness Week.

However, despite his exit from the show two months earlier, Piers has clearly been keeping a keen eye on the ratings.

‘Alastair Campbell’s in a permanent state of mouth-frothing, spleen-desecrating rage about Boris Johnson’s uncomfortable relationship with the truth,’ the 56-year-old wrote in his Mail Online column.

‘So it’s been amusing to see him boast on Twitter about his tremendous ratings success while briefly presenting from my old chair on Good Morning Britain.’ 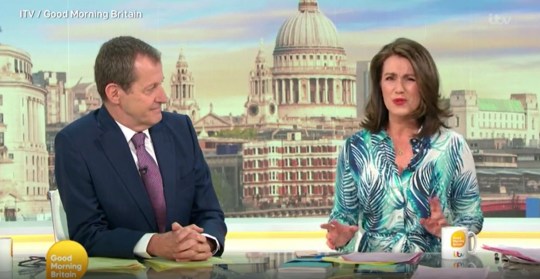 ‘It appears that for all his Boris-like bluster, poor Al is a fork-tongued Weapon of Mass Ratings Destruction.’

However, Alastair, 64, has previously given as good as he’s got, branding Piers ‘obsessed with ratings and media coverage’ in his own column for The New European.

It’s not the first time Piers and Alastair have clashed, after the former Downing Street Press Secretary made quite the blunder on air, accidentally announcing the death of the Queen, after mistaking her for Prince Philip, who died in April. 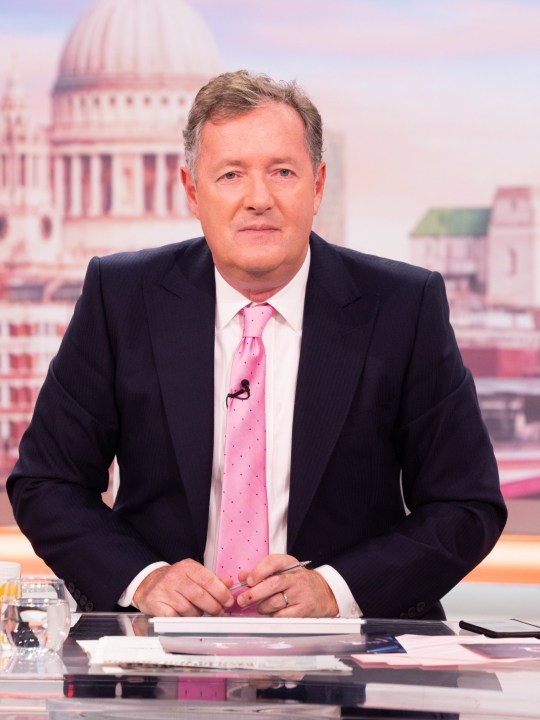 Reacting to the almighty blunder, Piers wrote in his Daily Mail diary: ‘I haven’t seen a face so crushed since this morning when Alastair Campbell sealed his brief GMB presenting stint with a grovelling apology for mistakenly telling viewers the Queen had died.’

He then joked: ‘Ironically, this worst gaffe in breakfast show history may have killed off hapless Al’s scheming aspirations to be the new me. I’d give him a consoling hug, if it was allowed.’

Piers quit GMB in March this year, after receiving a record number of Ofcom complaints about his comments on Meghan Markle.

After a clash with his co-star Alex Beresford, he stormed off set, a move which he has since admitted he regrets.

Metro.co.uk has contacted reps for Alastair Campbell for comment.