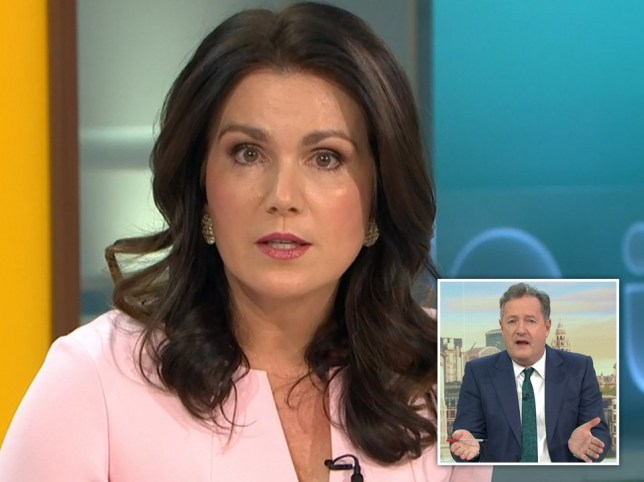 Susanna Reid showed ‘loyalty’ towards Piers Morgan during her emotional statement addressing her co-host’s shock exit from Good Morning Britain, according to a body language expert.

Following his departure, Piers has only doubled-down on the claims, while it’s been reported Meghan’s representatives lodged a formal complaint to ITV before his exit.

Returning to GMB, Susanna was joined by Ranvir Singh and paid tribute to the ‘disruptive broadcaster’.

‘Now Piers has decided to leave the programme. Some of you may cheer and others will boo. He’s been my presenting partner, Monday to Wednesday, for more than five years. From Brexit to the pandemic, and other issues, he has been a voice for many of you and a voice that many of you have railed against,’ she said.

‘It is certainly going to be very different but shows go on and so on we go.’

‘Looking straight into camera she delivers a very assertive message although only after an “um…” and an arm splay to hint at a lack of control over all the previous action,’ Judi told Metro.co.uk.

‘When she speaks of her “presenting partner” there is a small gesture that suggests some loyalty as she raises her chin but her tone sounds strict and firm and her comment, “The show goes on” seems intended to move forward quickly in a professional manner.

‘When Ranvir delivers her thoughts Susanna is more giving in terms of emotions. Her constant thumb-rub of the handle of her mug suggests a desire to self-comfort in the face of what could be some discomfort and as she nods at Ranvir’s words there are some facial signals of mixed emotions, including regret over what has happened or what is happening. 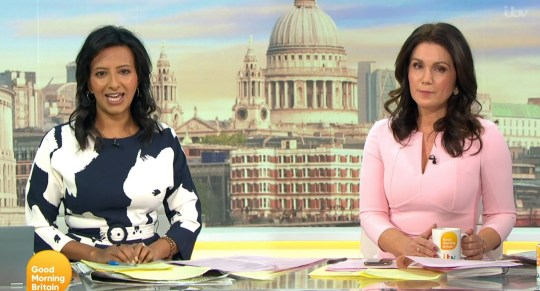 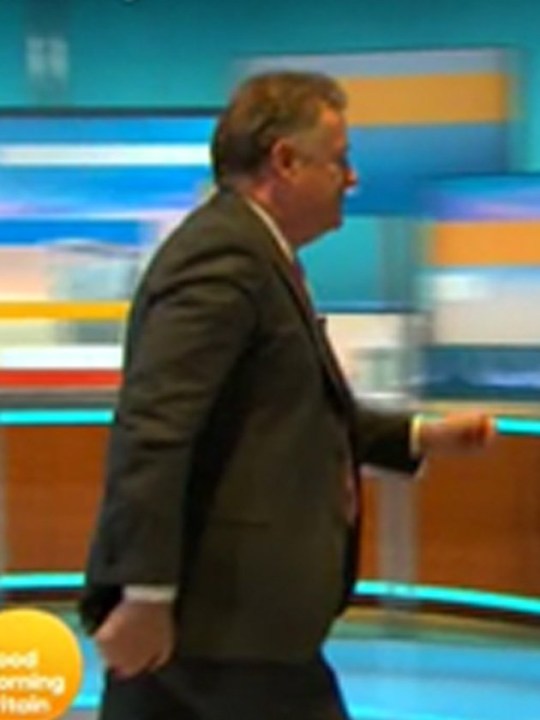 Piers stormed off GMB after a clash with co-star Alex Beresford (Picture: ITV)

‘There is a small tongue-poke before she sucks her lips in a couple of times and there is no smile of fondness or recognition over Ranvir’s “Marmite” description. Susanna looks to camera and drops her head to scratch her face in what looks like a barrier ritual to hide her feelings at that point but after that all her movements suggest a desire to move quickly on and just get on with the show.

‘She puts her phone to one side and shuffles and moves paperwork to establish personal space barriers and territory that did tend to be eroded by the rather alpha presence of Piers. One bounce in her seat and a straightening of her back before she meshes her fingers together on the desk and Susanna re-applies her professional smile in what looks like a re-boot to get on with the show.

‘Ranvir is wordier and less assured, with her constant verbal filler of “you know” suggesting hesitation and a desire to gain agreement and empathy with her thoughts. Her hands splay out frequently in an empty embrace gesture bur after her “Marmite” comment she begins to rap her fingertips on the desk in a gesture that also suggests impatience to move on.’

Ranvir’s hands ‘splayed out’ in ‘an empty embrace’
(Picture: ITV/REX)

As for Good Morning Britain, viewers and celebrities are back Alex Beresford to step up as a main presenter after the weatherman confronted Piers live on air yesterday, prompting the host to storm off set.

Piers has vowed he ‘be back’ with reports suggesting he could find his new home at Andrew Neil’s upcoming TV channel GB News set to launch later this year.