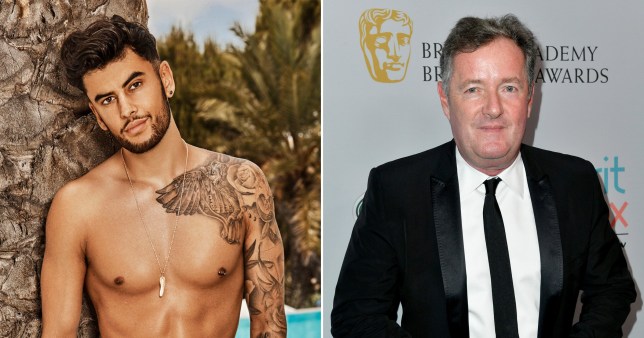 Niall has said that people like Piers need to think before they talk (Picture: Getty/Rex)

Love Island star Niall Aslam has recalled being mocked by Piers Morgan while he was struggling with stress-induced psychosis on the show.

Last year, the 25-year-old revealed that he left the 2018 series of Love Island after a week as he was suffering from hallucinations and a loss of grasp on reality.

As it was confirmed that Piers Morgan has left Good Morning Britain following comments he made about Meghan Markle’s mental health, Niall, who also has Asperger syndrome, said that ‘people need to think before they talk’.

The reality star shared a clip of Piers on GMB, mocking Niall’s speech while Susanna Reid laughed and Richard Arnold called him one of the show’s most loveable contestants.

At the time, nobody was aware that Niall had Asperger’s or was suffering stress-induced psychosis.

Niall wrote: ‘I remember watching this a week after I got taken out of psychiatric care. I didn’t have a good understanding of what was going in with my reality anymore and I was dealing with psychosis new medications.

‘Then you see a person in a position of such power making fun of my expressions and the way I was talking which is something I was slightly conscious of because of my Aspergers, this really got to me at the time. People really need to think before they talk.

‘I’m in a better way now but at the time I was in a bad place and that wasn’t obvious, you don’t know what’s going on behind closed doors or what other people having to deal this kind of stuff could really impact people. Be kind it’s not asking a lot. Hopefully piers has learnt a lot this week ? @itv @mindcharity.’

Fans commended Niall on speaking out, while fellow islander Laura Anderson wrote: ‘Spot on angel. All my love and thanks for sharing. You were and always will be truly loved from the show, not a bad bone in your body.’

Niall’s mum Maureen also commented: ‘Well said Niall. That was a very dark time and I’m so proud of how you share your thoughts and feelings with everyone. So so proud of you son.’

Niall later added in the comments: ‘Thanks everyone for the nice comments on this wasn’t expecting it to be honest haha. Thing is people were obviously not aware of what happened to me but that’s the point I’m trying to get across.

‘Being a normal student from Coventry then going on love island to being taken off to a psychiatric ward with psychosis all in a month I was in such a bad place and when people say small things it can really impact people without realising. 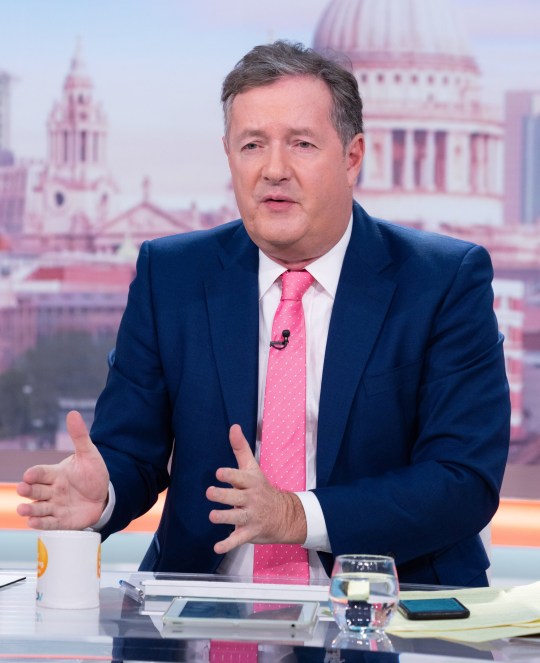 ‘I’m not for hating or shaming people just think people in these positions should be aware of the affect these things have. When the power dynamics are really against the people they are saying it to. Thanks again.’

This comes as Piers confirmed he had ‘decided it was time to leave’ Good Morning Britain after five years.

ITV’s statement confirming his departure was released after an eventful 48 hours, during which Piers said he did not believe Meghan when she said during her and Prince Harry’s interview with Oprah Winfrey that she had suicidal thoughts and was denied help from the ‘institution’ of the Royal family; the episode on Monday resulted in 41,000 complaints to Ofcom.

On Tuesday morning, Piers then stormed off the set after Alex Beresford said that Meghan was ‘entitled’ to cut him off.

After it was claimed that Piers quit the show after refusing to apologise on air for his comments, the 55-year-old has stood by his comments.

He tweeted: ‘On Monday, I said I didn’t believe Meghan Markle in her Oprah interview. I’ve had time to reflect on this opinion, and I still don’t. If you did, OK. Freedom of speech is a hill I’m happy to die on. Thanks for all the love, and hate. I’m off to spend more time with my opinions.’

Former Olympian runner reveals how he copes with heart condition

I’m a respectable mum-of-3 but I LOVE outdoor sex, my man & I have done it everywhere from a public loo to canal towpath