Six people in total have died with Capitol officer Howard Liebengood reportedly taking his own life days after the riot claimed the life of his friend and colleague. 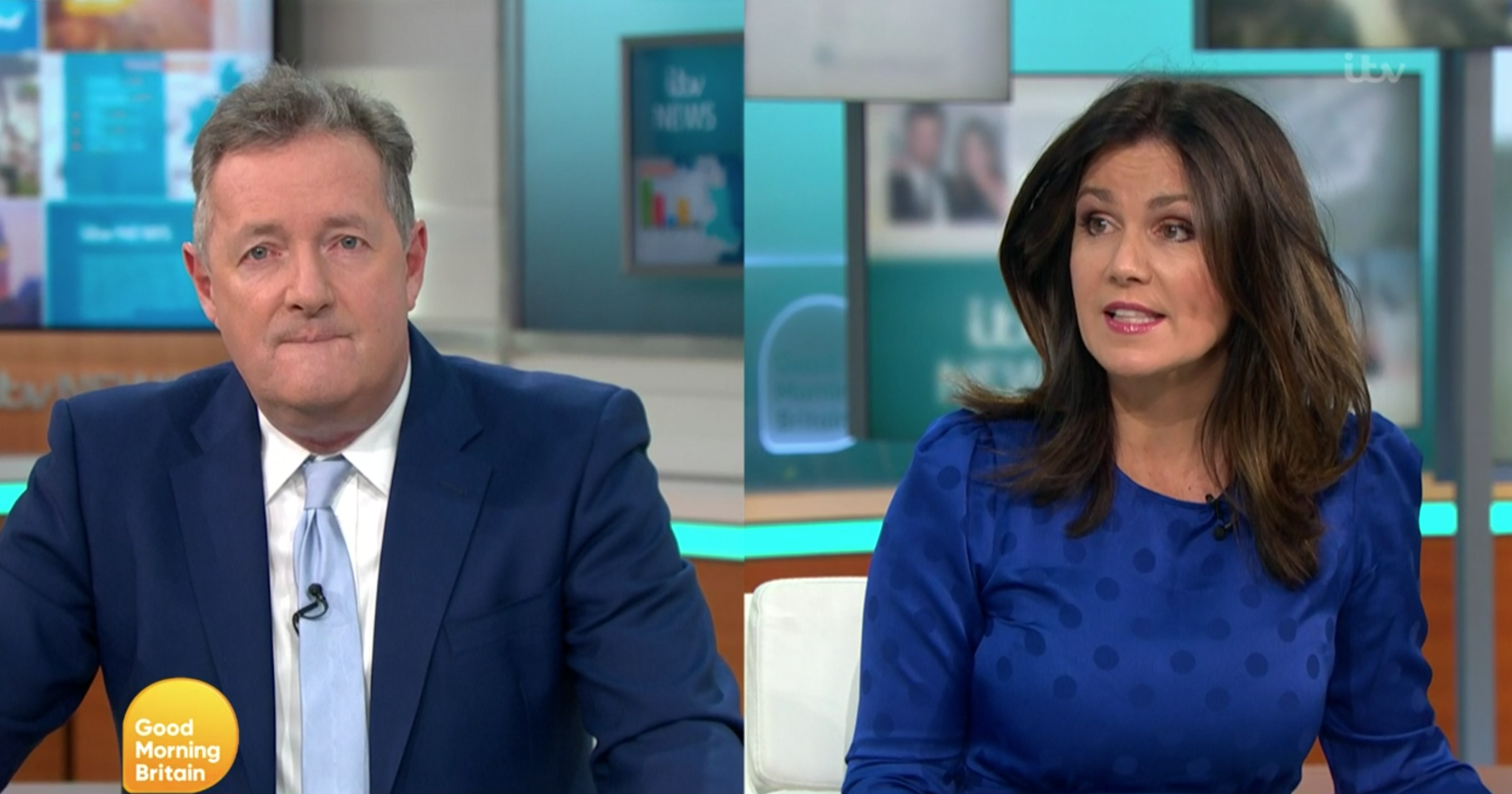 Following the news Piers faced American cable television talk show host Ben Ferguson and challenged him to reject Trump as he admitted he feared there would be more deaths — after a Pro-Trump group urged more protesters to attend another march on the Capitol this week.

Piers said: “Ben, when you saw what was going on in the hallowed halls of the Capitol surely you who has been very loyal to Trump, your heart must have sunk? This is a direct attack on American democracy because this mob has been whipped up.”

Ben said he blamed the media for the riots on not Trump, as he said: “When it happened I immediately condemned it. Second thing, we shouldn’t be surprised that people have taken to political violence because the media has been normalising violence all year from the Black Live Matter protests.”

His response triggered shocked Piers, who yelled: “Trump was whipping that mob up for weeks!” 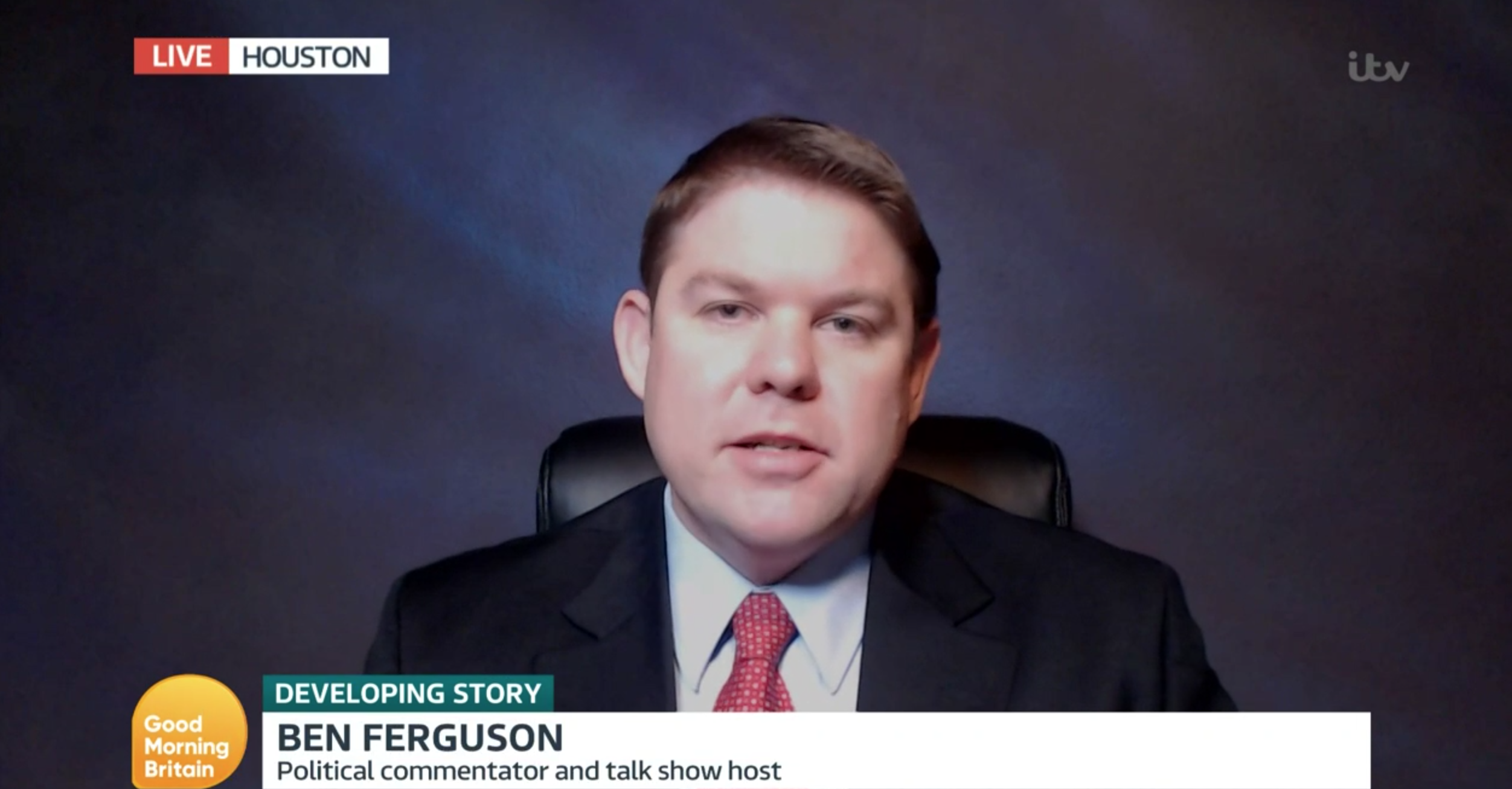 Ben Ferguson refused to criticise Trump after the Capitol riots

A picture of a rioter who stormed the US Capitol on Wednesday wearing a sweatshirt emblazoned with the phrase ‘Camp Auschwitz’ flashed up on screen, and Piers said: “They were Nazi supporters!

“Ben there was a riot going on inside the Capitol and (Trump) said afterwards ‘I love you and you are special’ to rioters. Ben Ferguson again I just say to you where is your limit with Trump?”

Standing his ground, Ben said: “I say again the last thing he should be doing is inciting more violence, he actually said ‘I love you go home in peace’. 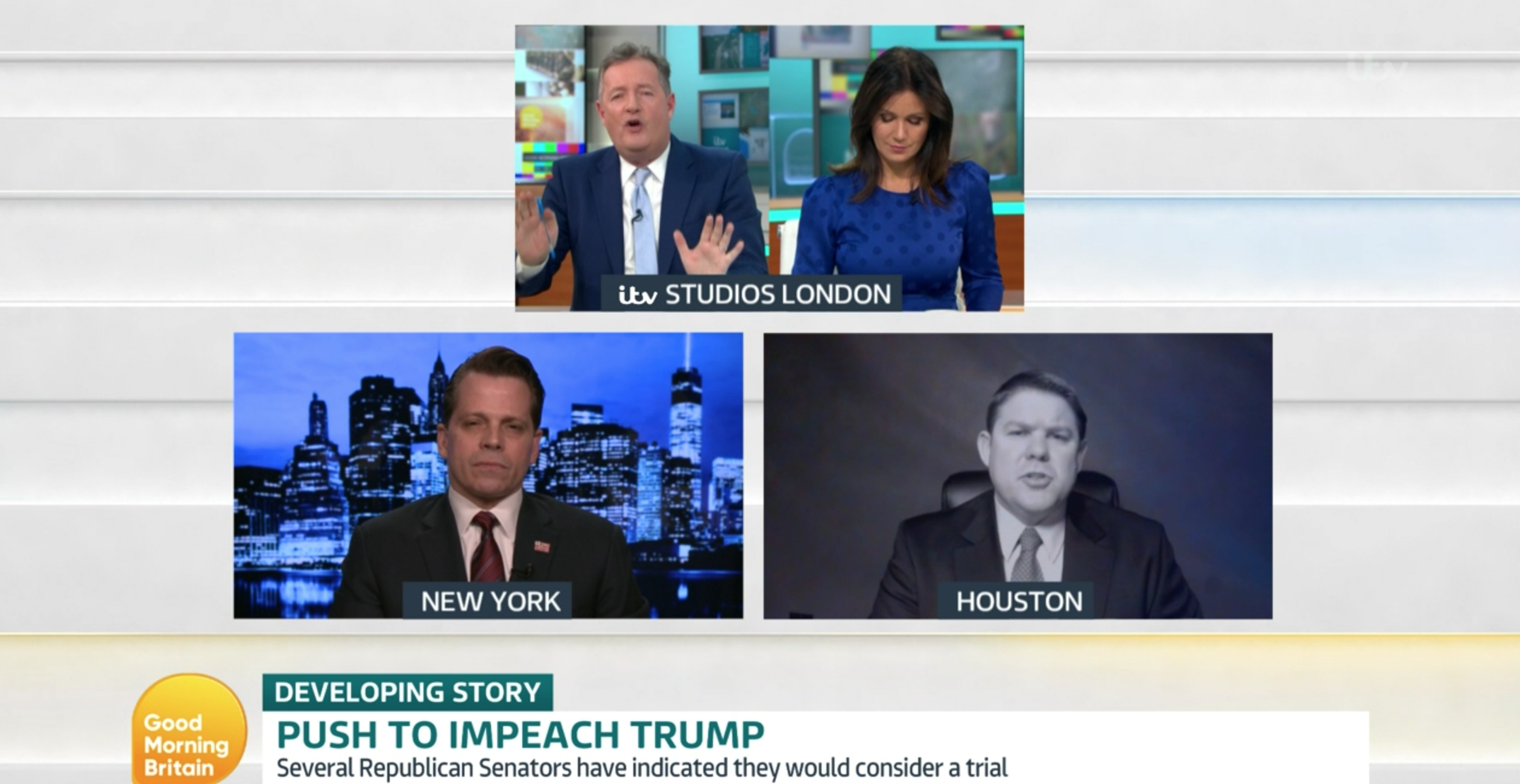 He said: “You A disgrace to the United States of America because you are apologising and it makes you an accomplice.”

Piers returned to GMB for the first time today since the Capitol riot and said he feared there would be more deaths.

The broadcaster said: “Trump’s gone mad. The Pandemic has sent him nuts and it’s a dangerous situation, I don’t trust him or his supporters not to do more acts like this.

“They can remove him if he’s mentally unfit, I think there is a good argument for that.”

Nancy Pelosi has now said she will proceed with the articles of impeachment against Trump to stop him running for President again.

The House Speaker revealed she wants to press on with the unprecedented move a letter and launched a blistering attack on Trump, branding him a threat to democracy.