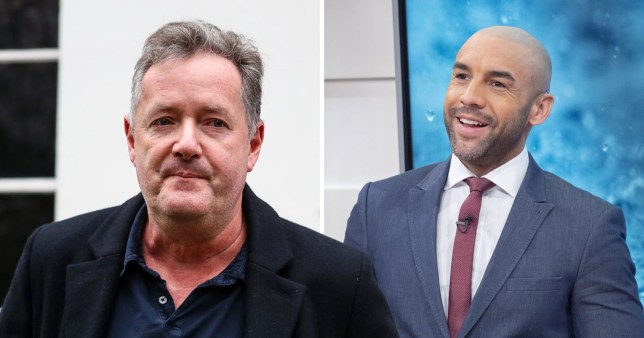 Piers Morgan has admitted that he ‘shouldn’t have’ stormed off the Good Morning Britain set when he got into a heated row with Alex Beresford over Meghan Markle.

Earlier this month, the Duke and Duchess of Sussex’s bombshell interview with Oprah Winfrey aired, with the couple making a series of shocking revelations about their time within the royal family.

Following the release of the interview, former GMB presenter Piers expressed his disbelief on-air over several of the claims made by Meghan, including her saying that she suffered suicidal thoughts.

Weatherman Alex was later welcomed onto GMB, where he and Piers butted heads over the latter’s criticism of the duchess, resulting in Piers storming out of the room while saying: ‘You can trash me, mate, but not on my own show.’

In a new article published in The Mail on Sunday, the Life Stories presenter – who has since quit GMB – recalled the incident, writing: ‘Realising I might say something I’d regret, I decided to leave the studio to cool down.’

Piers said that he ‘didn’t hear any more of [Alex’s] diatribe’, as he ‘was out the door’ on the way to his dressing room. 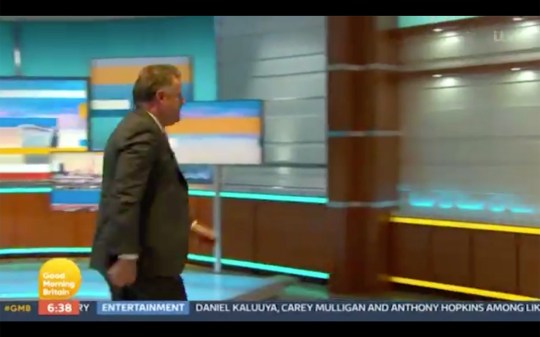 The moment Piers had enough and stormed out (Picture: Enterprise News and Pictures)

‘I knew it wasn’t a good look, the great snowflake-basher running away from confrontation. And on reflection, I shouldn’t have done it,’ he stated.

‘But in the heat of the moment, in my rather strained state of mind, this seemed the less worse option.’ 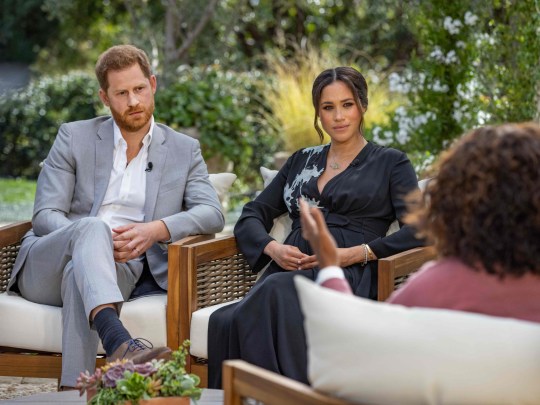 Piers said that after leaving the set, his co-host Susanna Reid went after him, encouraging him to return and speak to Alex further.

The broadcaster recently clarified exactly ‘what went down’ when he left Good Morning Britain, quitting the same week that Meghan and Harry’s interview aired.

American radio host Darik Kristofer wrote in a tweet about Piers: ‘Irrespective of whether or not I agree with him: He said something, meant it sincerely, was attacked for it, then stuck by his guns, accepted consequences. He owned what he said and he meant it. I can’t fault him for that.’

Piers responded to Darik’s message by quote-tweeting his post, writing: ‘Thank you. This is a perfect summary of what went down.’

Piers’ comments surrounding the Duchess of Sussex’s mental health have become the most complained about moment in Ofcom history, accumulating over 57,000 complaints.