PHILLIP Schofield lost control during an interview with a man dressed as a rabbit today after Holly Willoughby asked “is it a fetish?”

Brave Holly, 39, asked Adrian from Wales if the rabbit suit made him sexually excited as Phil gawped. 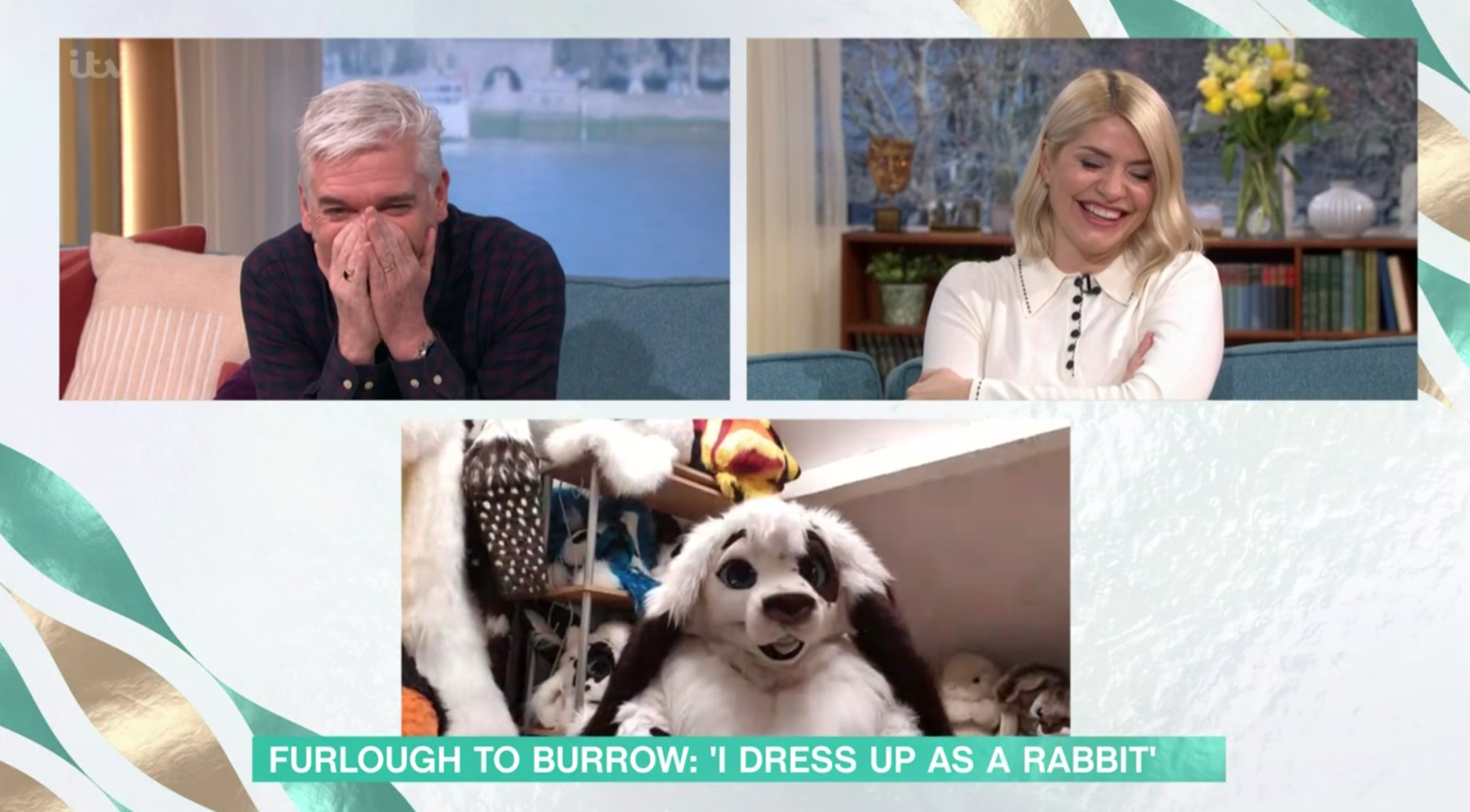 Phil couldn’t stop laughing during the rest of the interview after she probed Adrian, who said he walks the streets dressed as a rabbit to bring cheer in lockdown.

Despite his hilarious costume, which certainly brought a smile to the presenters’ faces, Adrian was difficult to hear due to his heavy, furry suit.

And the guest appeared nervous on the show as he explained why he came up with the unusual lockdown pass-time.

Speaking from a room filled with toy rabbits, Adrian told Holly, 39, and Phil, 58: “It’s really hard to make these suits it takes a lot of time, the makers are so talented.” 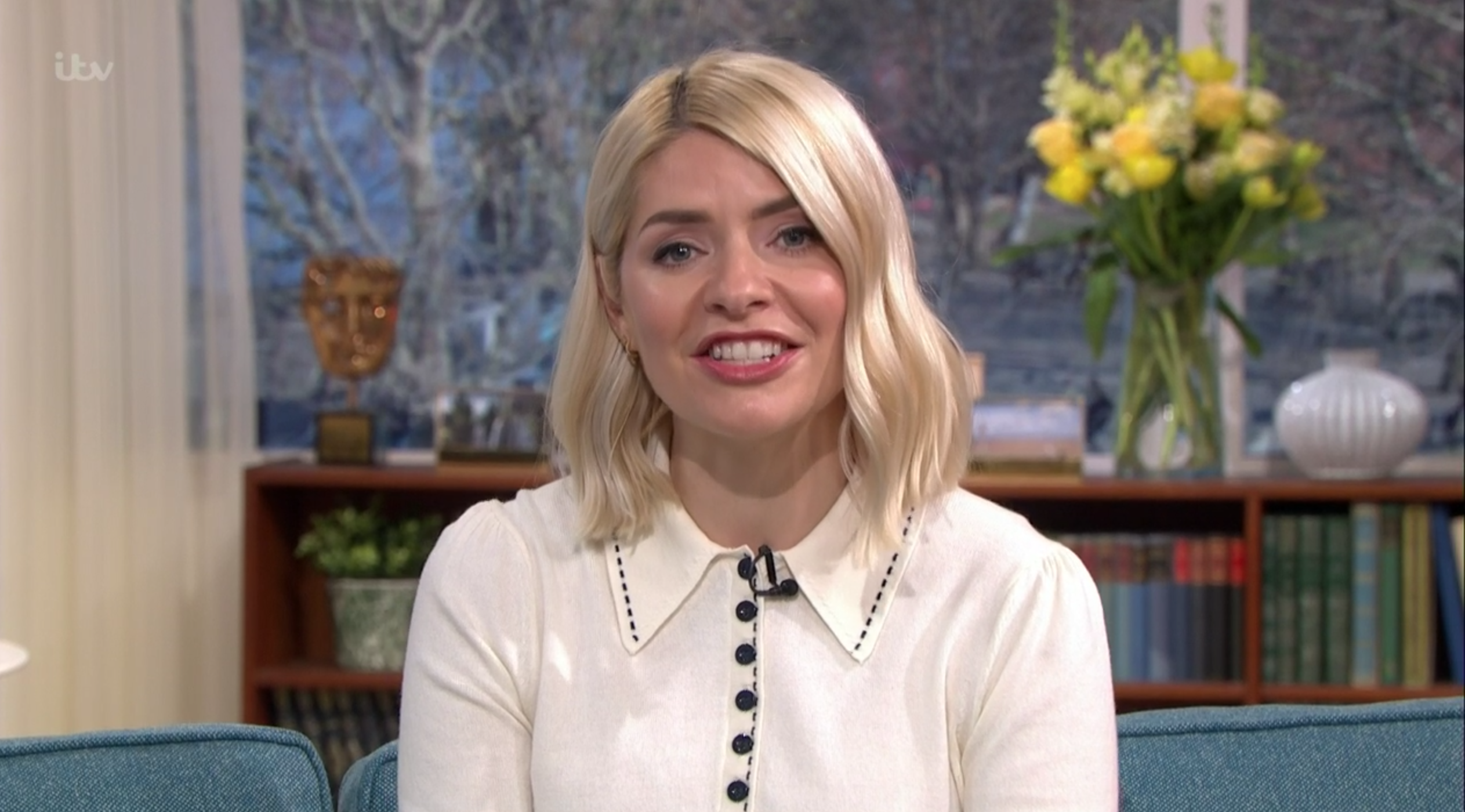 But Holly asked the question that was on many viewers’ lips and said: “So I have to ask does it ever turn into a fetish thing?”

And he replied: “I’m not interested the whole fetish thing really, it’s far too hot in here.”

Phil replied: “You did say not really, but if it’s a cool day is there an element you might creep into that?” 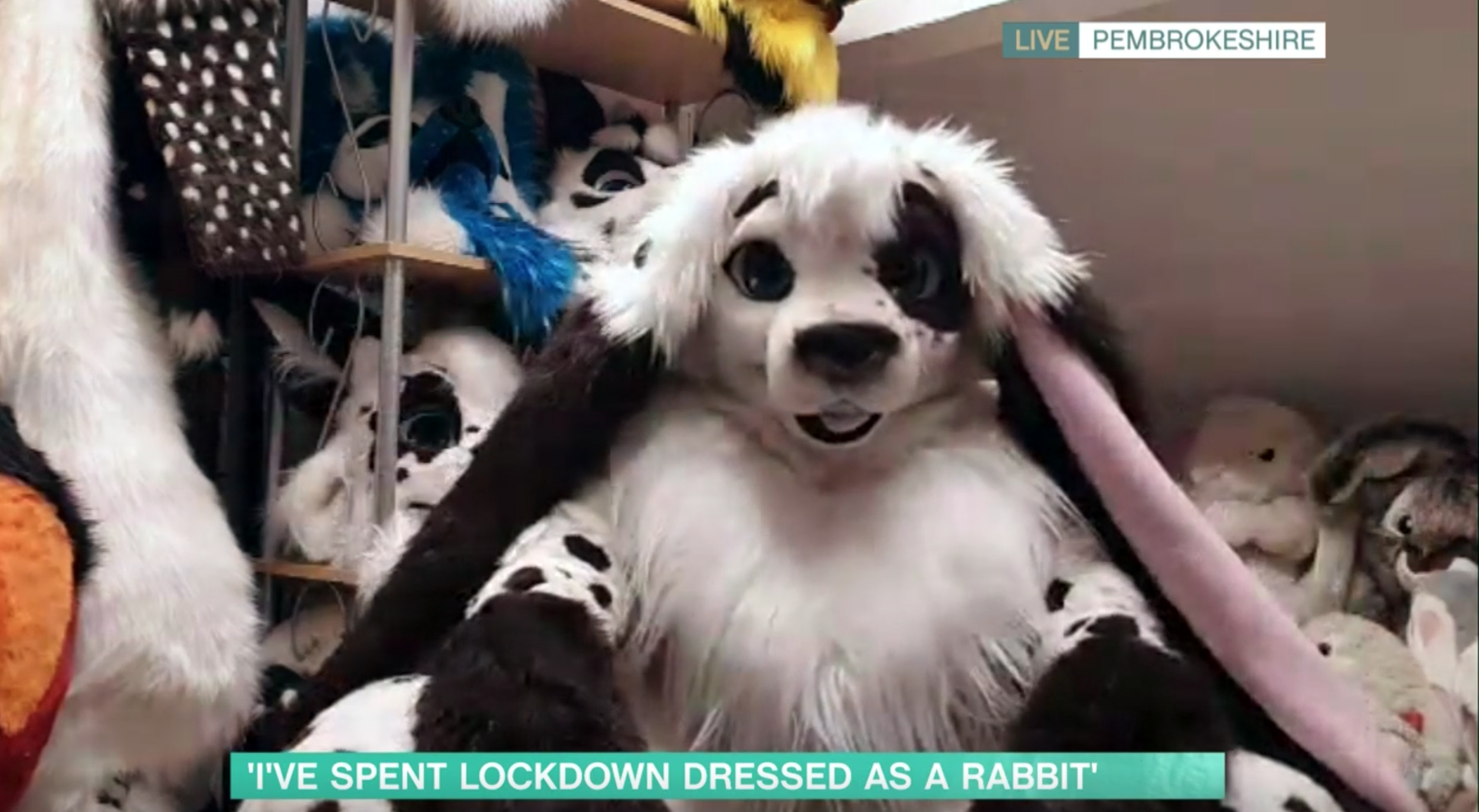 The questioned confused Adrian, who said: “For me it’s about wearing the suits.

Viewers then heard a vibrating noise as the rabbit’s phone started buzzing leaving Phil and Holly in hysterics, and Phil asked: “Is there a carrot stuck in your throat?”

Viewers wondered what was happening as others said the segment was “painful” to watch.

One said: “So what was that vibrating noise? What it his phone… or a Rampant Rabbit?” 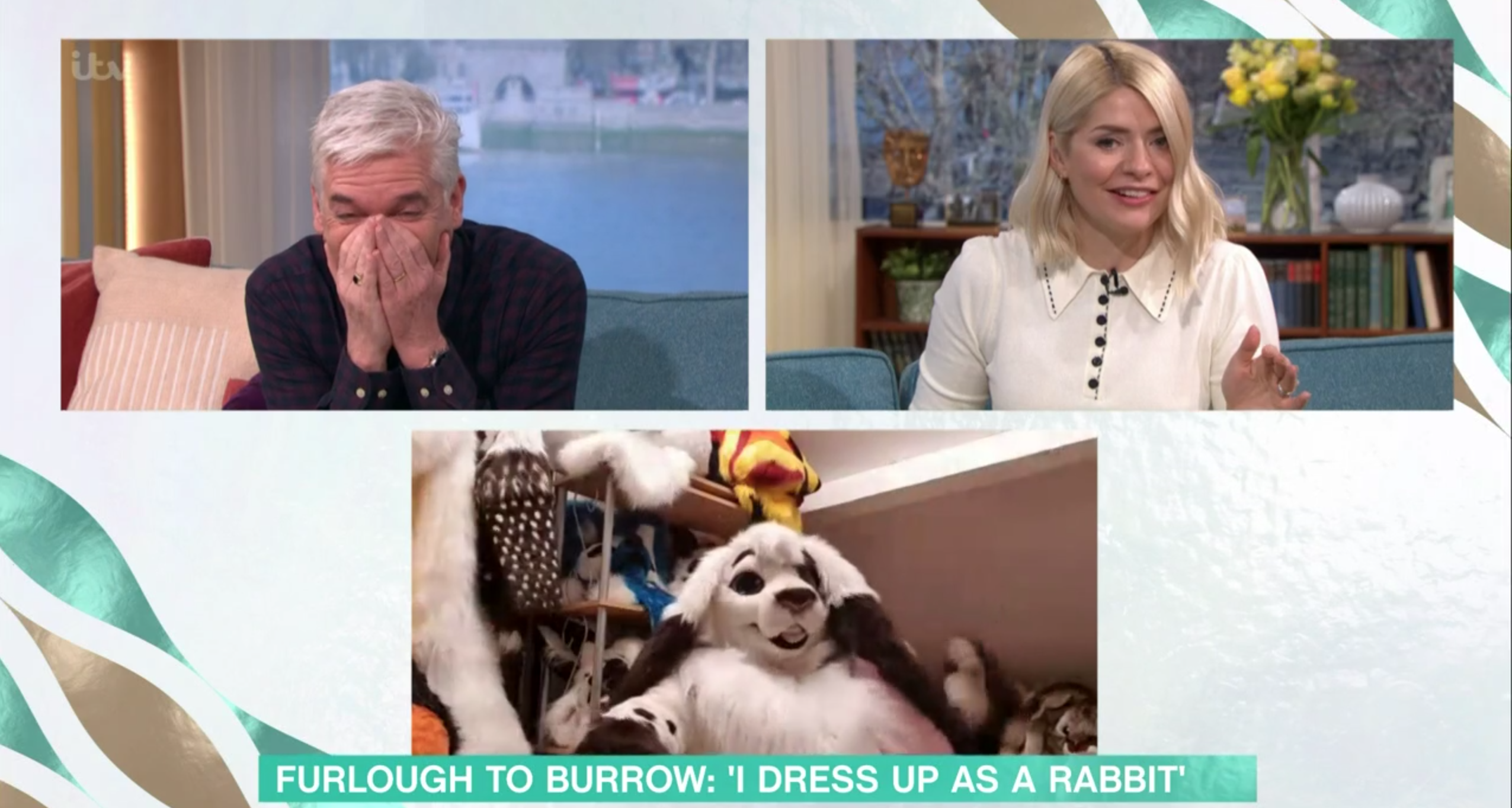 Another typed: “Painful to watch takes the dog/rabbit so long to finish a sentence??”

Another said on Twitter: “Just gone down a furry rabbit hole. So to speak.”

Last week Holly promised to dance in just her knickers when lockdown ends – and Vanessa Feltz said she’d join in too.