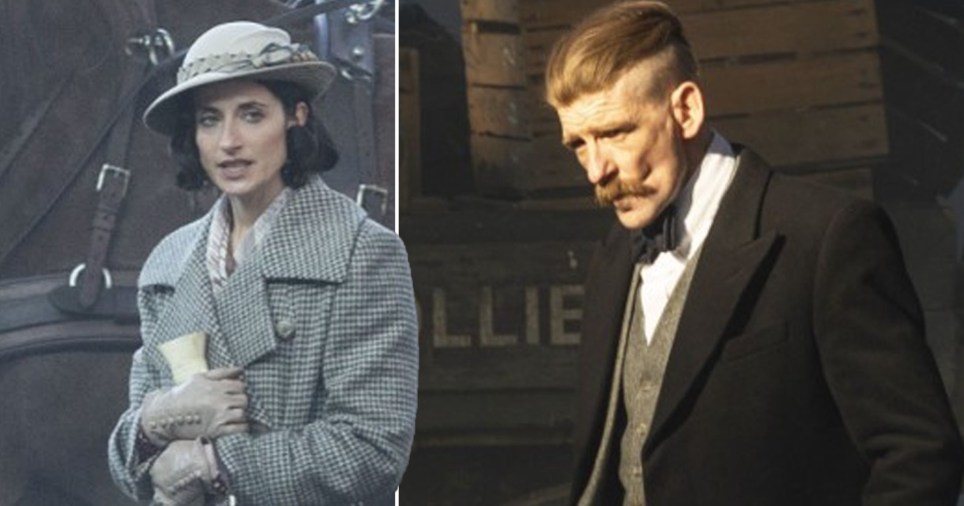 Production is stepping up on the long awaited sixth season (Picture: SWNS)

Production on Peaky Blinders season six is well underway, and new pictures have been released which show some of its biggest stars back on set.

Paul Anderson and Natasha O’Keeffe were spotted filming new episodes of the hit drama in Manchester, back in costume to play their characters Arthur Shelby and Lizzie Stark.

Harry Kirton, who plays Finn Shelby, was also seen on set as filming stepped up on season six.

The set transported stars back on the unmistakable streets of post-war Birmingham, with the set design very familiar to fans of the show.

Cillian Murphy is set to reprise his role as Tommy Shelby, the leader of the Peaky Blinders gang in Birmingham, in the upcoming episodes.

It was recently revealed that the sixth instalment will be its last, with the programme having first launched in 2013. 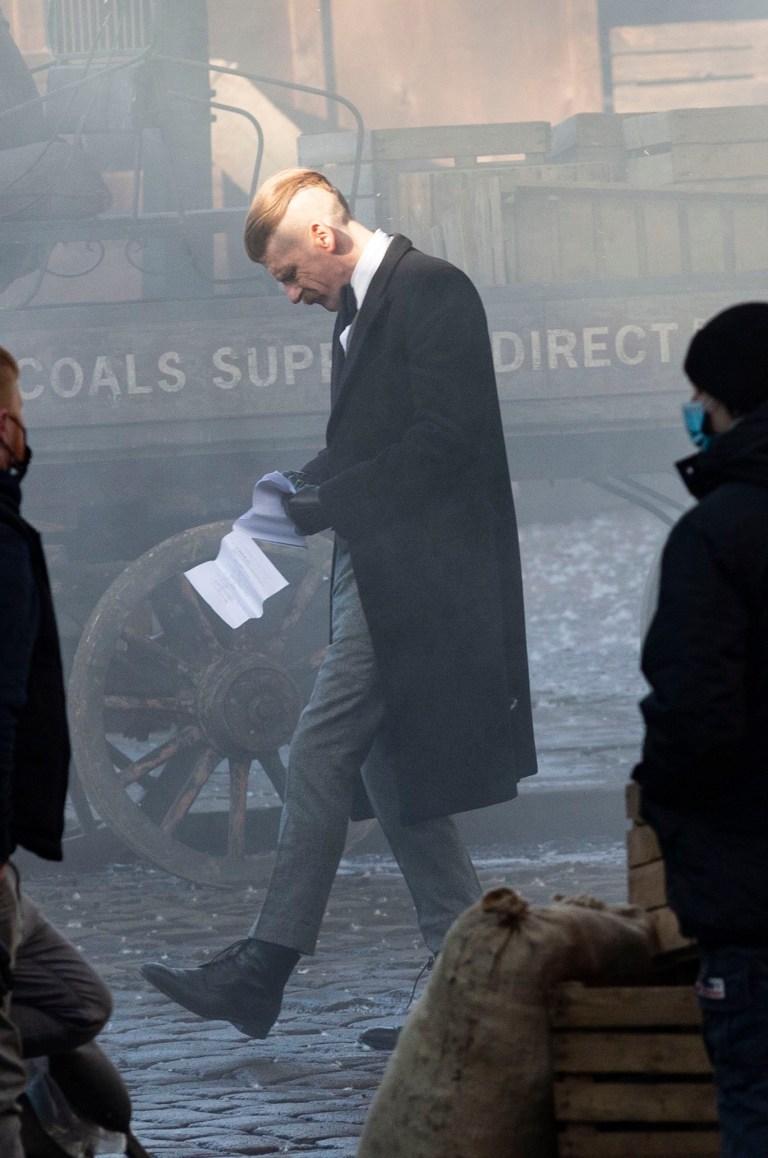 Paul Anderson was back in character as Arthur (Picture: Lee McLean/SWNS) 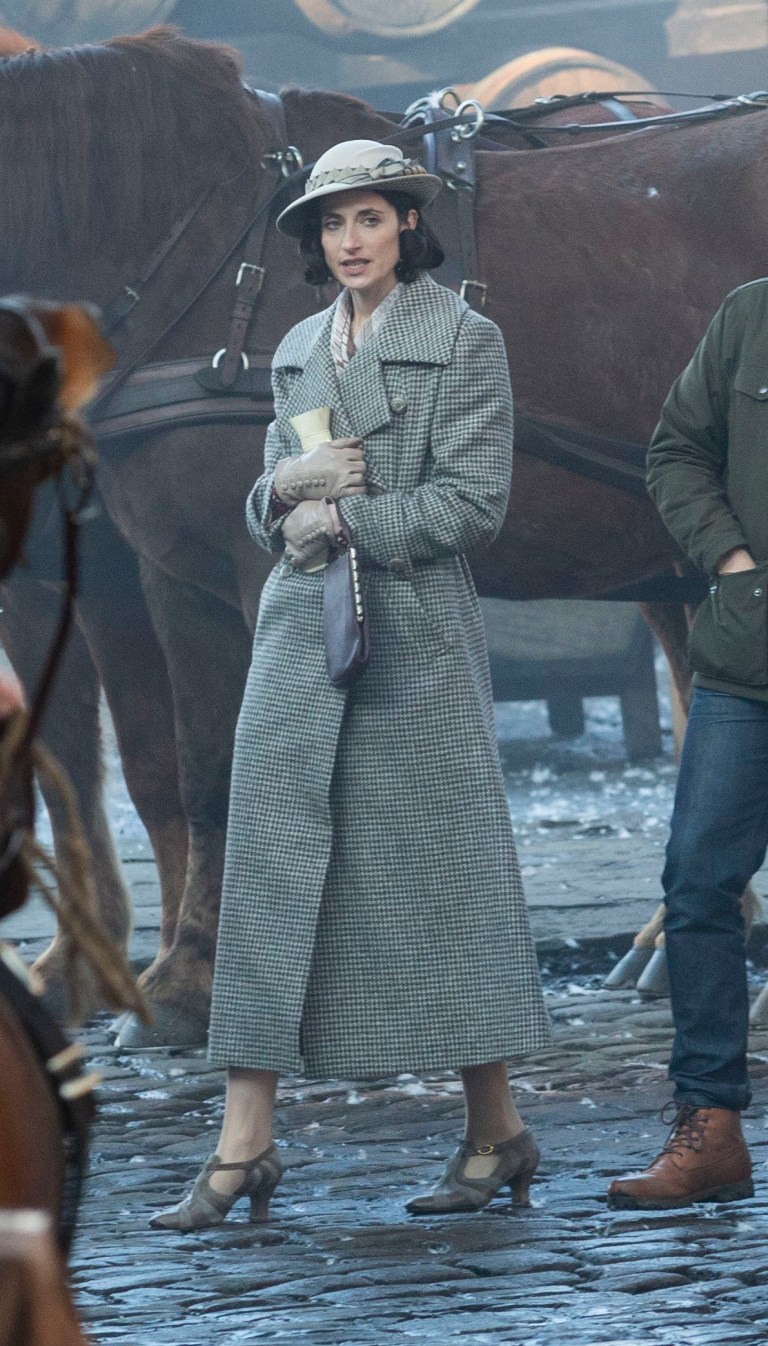 Natasha O’Keeffe was back in action as Lizzie (Picture: Lee McLean/SWNS)

It comes after a new picture released from the sixth season showed Sam Claflin’s highly-anticipated return as the fascist leader Oswald Mosley.

The TV show might be coming to an end, but it won’t be the final time fans see the Shelby family in action. 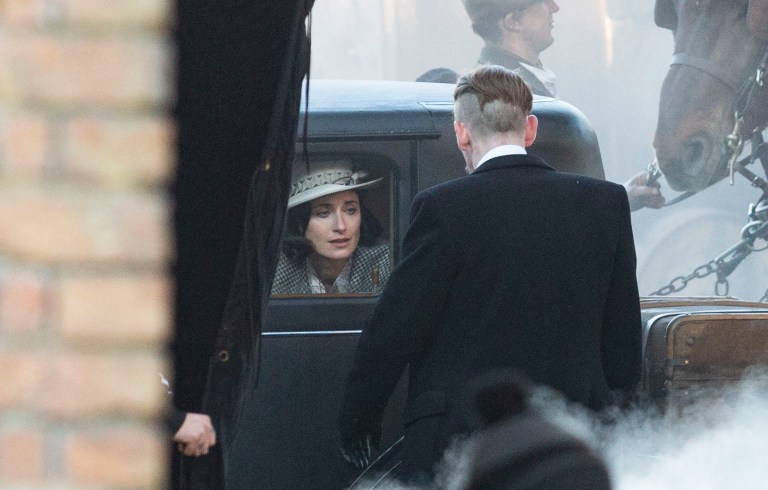 Creator Steven Knight recently confirmed that the saga will come to a close in a Peaky Blinders movie. 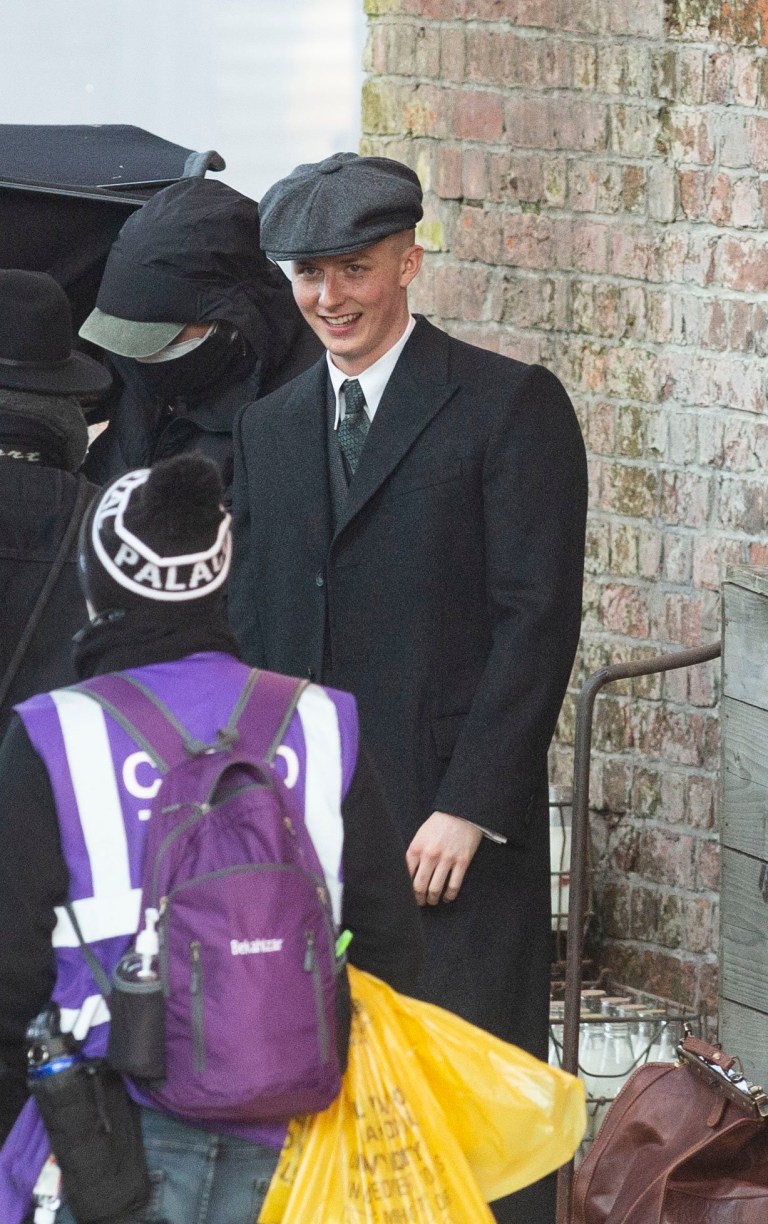 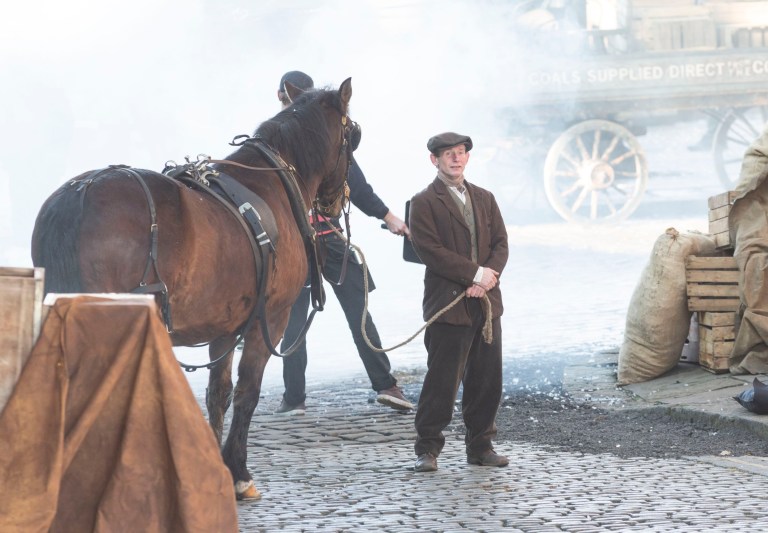 A release date for season six is yet to be confirmed, but Finn Cole, who stars as Michael Gray on the series, recently suggested that Peaky Blinders could be back on our screens by the end of 2021.

‘I’m hoping that we can go back to work next year and that we can have things ready for you by the end of the year,’ Cole told NME.

‘I can’t wait to get back to work and for the fans to see it because they’ve been waiting so patiently for so long now; it’s about time we gave them something.’

Peaky Blinders: seasons one to five are available to watch via catch up on Netflix and BBC iPlayer.