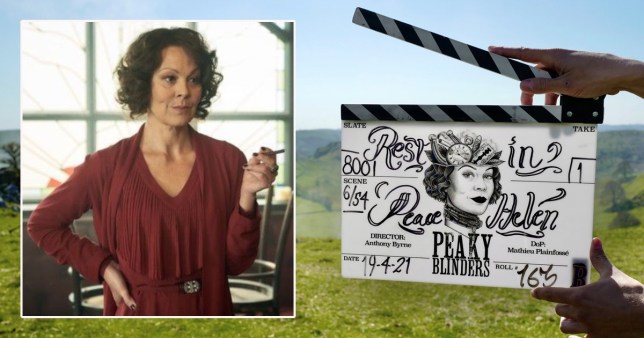 Helen McCrory has been remembered by the Peaky Blinders team (Picture: BBC)

Peaky Blinders has commemorated the late, great Helen McCrory with a sweet tribute on set as they continue to film series 6.

On Friday, it was announced that Helen, who played the fierce Aunt Polly Gray, had died from cancer, with the cast quick to pay tribute to the iconic actress.

As filming on the final episodes of the show continued today, the team posted a message from the set, with a clapperboard bearing Helen’s face and surrounded by the words ‘Rest in Peace, Helen’.

They simply wrote alongside it: ‘Forever part of the Peaky Blinders family.’

Helen’s death was confirmed by her husband of 14 years, Damian Lewis, in a statement posted on Twitter Friday evening.

It’s not yet known if she will appear in the final series, or if she will be written out of the show as part of a time jump.

The actress was one of the UK’s most beloved and highly-acclaimed stars across television, film and theatre, with dozens of tributes quickly pouring in from across entertainment industry.

Cillian Murphy, who plays leading man Tommy Shelby on the drama, later paid tribute to her and said: ‘I am broken-hearted to lose such a dear friend. Helen was a beautiful, caring, funny, compassionate human being.

‘She was also a gifted actor – fearless and magnificent.

‘She elevated and made humane every scene, every character she played. It was a privilege to have worked with this brilliant woman, to have shared so many laughs over the years. 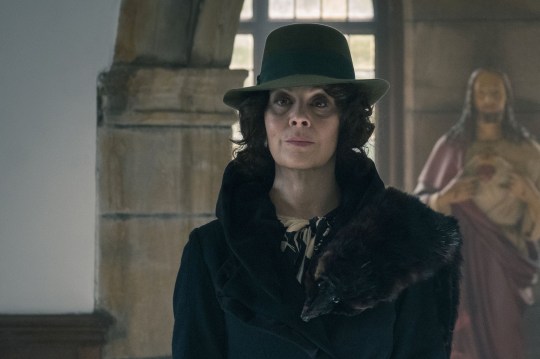 Polly Shelby refused to be messed with and became legend (Picture: BBC)

‘I will dearly miss my pal. My love and thoughts are with Damian and her family.’

Finn Cole, who plays Polly’s son Michael on the series, added: ‘Mother, wife, and an all round amazing role model. A force of nature who’s advise I’ll carry forever.

‘From day 1 on Peaky I felt blessed, and I will always aspire to be as awesome as Helen McCrory. Thank you mum. Rest easy x.’ 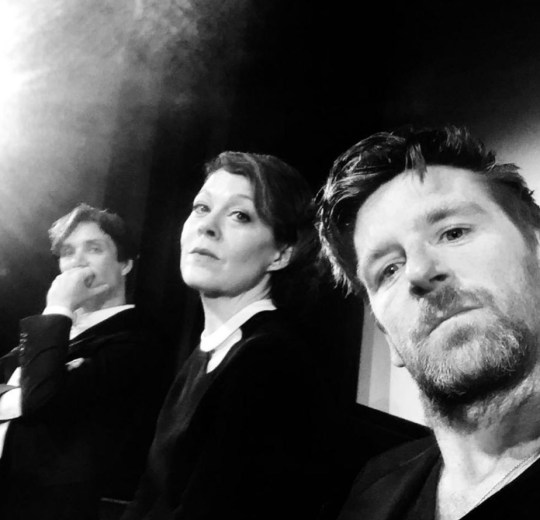 The cast remembered their beloved Aunt Pol in a number of touching tributes (Picture: Instagram)

Sam Claflin, who plays twisted fascist leader Oswald Mosley, added: ‘Helen McCrory. Thank you for all you have done. For all that you brought. And all you have left.

‘You have been a teacher. A guide. A leader. An inspiration. And a friend, to so many.

‘Any time I was ever fortunate enough to see your face across a crowded room, I felt ok. You were such a strong presence. Such a gifted and versatile actor. Such a kind and generous person.

‘And you will be missed. Love and strength to you and yours x.’

Paul Anderson, the erratic and volatile Arthur Shelby, also shared a picture of him with Helen and Cillian between scenes, and said: ‘To my Aunt Polly. Helen McCrory. 9 and a half years on a tv show with a woman who I more than loved.

‘One afternoon on Season 5, she offered up her time to me when she could see that I needed it the most and I will never forget that.

‘Her generosity of spirit, selflessness and ferocity will remain with me forever. My love and thoughts are with Damian and family.’

She is survived by her husband Damian, her daughter Manon, and her son, Gulliver.

Peaky Blinders is available on BBC iPlayer and Netflix.