Peaky Blinders will welcome new character Lady Diana Mitford in tomorrow night’s episode as Tommy Shelby comes up against Oswald Mosley once more – but who was she?

Diana is soon set to ramp up the drama with her arrival in episode two of the series finale.

Tomorrow night, the socialite will arrive arm in arm with Oswald Mosley (Sam Claflin), who was the leader of the British Union of Fascists.

The world of Peaky mixes some real-life figures with those who’ve been created for the show, or had their characters dramatised.

Diana is one of the characters based on a real-life figure, having been married Mosley at the home of Joseph Goebbels in 1936, with Adolf Hitler as a guest of honour.

It’s thought the character will act as a new adversary to Tommy (Cillian Murphy), and create even more problems for him as he navigates the difficult world of politics.

She was one of the Mitford sisters, who gained widespread attention for their stylish and controversial lives as young people, and for their public political divisions between communism and fascism. 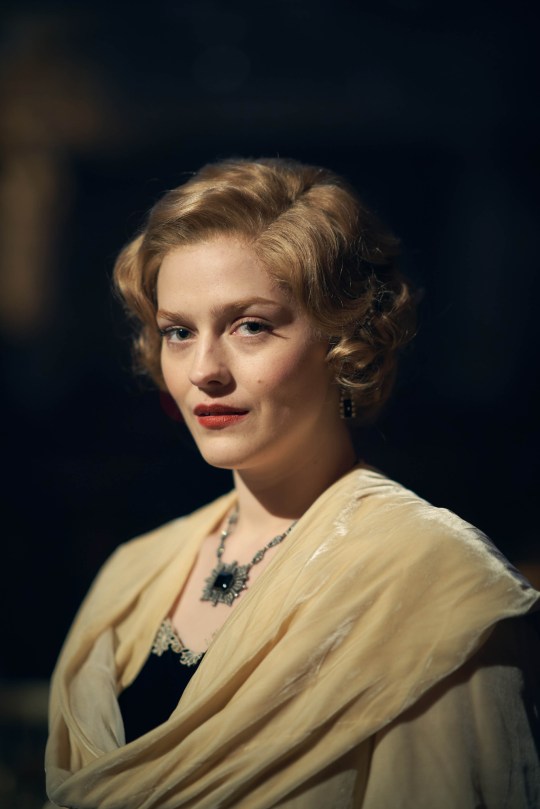 She was one of the famous Mitford sisters (Picture: BBC/Caryn Mandabach Productions Ltd./Robert Viglasky)

In the 1950s, she contributed diaries to Tatler and edited the magazine The European. In 1977, she published her autobiography, A Life of Contrasts, and two more biographies in the 1980s.

Diana died in Paris in August 2003, aged 93. Her cause of death was given as complications related to a stroke she had suffered a week earlier.

Who will play Diana Mitford and what has she been in before?

After weeks of speculation, it’s finally been confirmed actress Amber Anderson  – who is one of four new stars in season six – will star as Mosley’s wife.

Announcing the news on her Instagram on Saturday afternoon, she wrote: ‘Who’s ready to meet this lady tomorrow on @peakyblindersofficial?

We filmed her entrance to the show on my birthday and now, a year later to the day, you are all about to see her. What a great present. What a role to get to play!

She went on to make it very clear: ‘I DO NOT AGREE WITH HER POLITICS. But my god it was fun to step into such shoes and try and do her justice.

‘If anyone wants to read about a truly fascinating family and point in history, read about the Mitfords. You’ll be gripped, just like I was. photos by the extremely talented @robertviglasky.’

Chatting to Digital Spy, director Anthony Byrne labelled Amber’s character ‘pretty dark’ and added: ‘I haven’t seen a character like her in Peaky before. 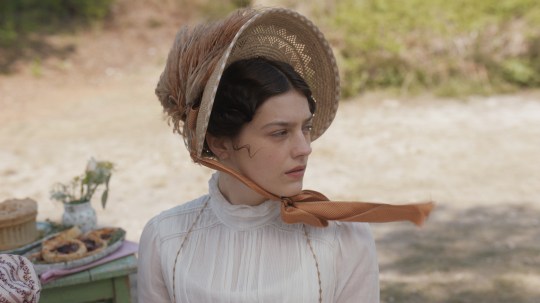 ‘I won’t say who she is, but she certainly gives Tommy a run for his money. She challenges him in a different way basically.

‘She’s certainly not a protagonist and I don’t know if she’s an antagonist.’

She’s also known for her roles as Ciara Porter in J.K Rowling’s crime drama series Strike, as Lady Anne in The Riot Club (2014) and as She in the Steve McQueen-directed Mr. Burberry

Peaky Blinders continues tomorrow at 9pm on BBC One.