Tommy (Cillian Murphy) had missed saying goodbye to his daughter when he went on a mission to try and find out who had been haunting himself and Ruby.

But there were more twists to come in the latest instalment after Tommy walked off shortly after Ruby’s carriage was set alight.

After going on a shooting rampage, he met back up with Esme Shelby (Aimee Ffion-Edwards) who gave him some unexpected news.

She told him: ‘Some business is still unfinished. Christians say the Lord lives, the Lord takes away. Our spirits are the same. 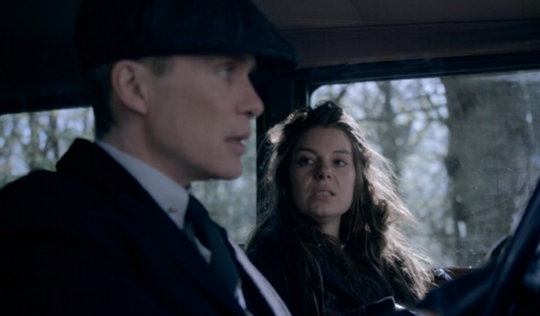 ‘The spirits just took away your child. The same spirits want to give you a different child.’

‘What child?’ He asked, with Esme replying: ‘A daughter lost, a son found.’

Viewers’ attention then turned to a young man who could be seen on-screen, as Esme explained Tommy had another son.

The Peaky gang leader had slept with a woman in 1914, who later fell pregnant with his child. 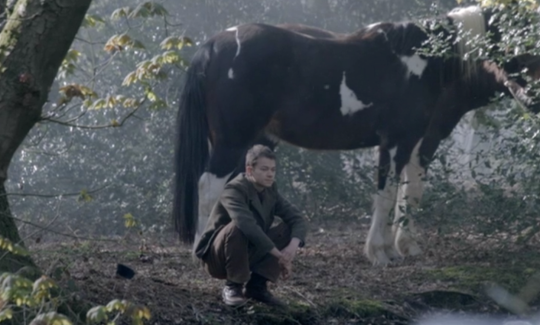 Will Tommy want to get to know his son? (Picture: BBC)

Esme said: ‘Her name was Zelda, she said you slept together under a hazel tree.

‘She fell pregnant, her father threatened to kill you, you’d already joined the army, gone away to France. You remember the girl in the hazel tree, don’t you, Tommy?’

‘Whoever that boy is, our business is done here,’ Tommy said.

Esme continued: ‘He is yours, the boy born with hazel eyes, calls himself Duke.

‘His mother is dead, he is a thief, he works at the fairground but he says he wants more to life than big wheels and carousels.

‘If losing Ruby has left a hole in your heart I will send him to you if you give me a bit more gold,’ she concluded.

Viewers will have to wait and see whether Tommy decides he wants to meet his son.

But after being given some devastating health news at the end of the episode, it seems likely he won’t want to waste any opportunity for happiness that comes his way.

Peaky Blinders continues on Sunday at 9pm on BBC One.