Peaky Blinders fans believe Cillian Murphy’s Tommy Shelby will die before series 6 concludes after it was revealed he has an inoperable brain tumour and just one year to live.

Episode four of the acclaimed BBC drama aired on Sunday night and saw the gangster learn that he has tuberculoma in his brain stem, a growth caused by the same bacteria as tuberculosis.

While the doctor explained that the illness wasn’t infectious, he shared that the tumour will cause him to become completely dependent on his loved ones – and to make matters worse, a number of medical experts refused to operate over fears he would haemorrhage.

‘Eventually, you will need people around you constantly who will love you very much,’ the doctor said. ‘I understand you have defeated many enemies, now you have a new one inside of you.’

Before Tommy terminated the doctor’s visit, he asked just how long he has left before he’ll be forced to rely on others for help. 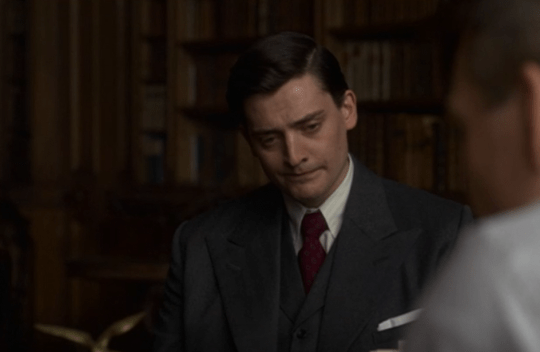 The doctor revealed that Tommy’s tumour is inoperable (Picture: BBC)

Viewers were devastated by the news of Tommy’s ill-health and have already started predicting that the character will be dead before the end of the series.

‘Always knew Tommy was gonna die this season,’ wrote one, while another penned: ‘Tommy’s gonna die isn’t he… I can’t hack that, that’s too far.’

Struggling to come to terms with his illness, another screamed: ‘I AM NOT EMOTIONALLY AND MENTALLY PREPARED TO LOSE HIM PLEASE DONT DIE!’

Some, however, believe Tommy will survive the series as they reckon he’ll be returning for the Peaky Blinders film.

As it currently stands, there is no official date for the upcoming movie and details remain few and far between.

Breaking the news of its existence, creator Steven Knight teased earlier this year: ‘Covid changed out plans, but I can say that my plan from the beginning was to end Peaky with a movie.

‘Peaky is back and with a bang. After the enforced production delay due to the Covid pandemic, we find the family in extreme jeopardy and the stakes have never been higher.

‘We believe this will be the best series of all and are sure that our amazing fans will love it. While the TV series will be coming to an end, the story will continue in another form.’

Have we seen the last of Tommy yet? Only time will tell…

Peaky Blinders continues on Sunday at 9pm on BBC One.