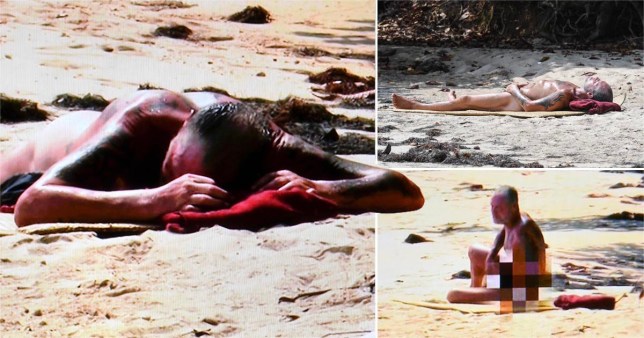 Gazza seemed to not have a care in the world as he stripped off (Picture: SplashNews)

Paul Gascoigne looks in desperate need of some aftersun after roasting during a naked sunbathe live on Italian TV – complaining he burnt his bum in the process.

The football star, 53, is currently filming Isola dei Famosi (Island of the Famous) – the Italian version of I’m A Celebrity – in Honduras, and is clearly making the most of the sun.

In a seeming bid to get an all-over tan, he ignored the dozens of cameras nearby to completely strip down and sprawl out on the beach.

Seemed it came back to bite him though, as he told the host Ilary Blasi: ‘It’s the first time in weeks I’ve seen any sun — and I sunburnt my a***.’

Gazza has definitely proven to be one-of-a-kind in the series, having spoken about a ‘penis tattoo that grows’, and reliving the moment he brought an ostrich to his football team during his party lifestyle height.

He’s since dislocated his arm during a trial and was rushed to hospital in a dramatic turn of events. 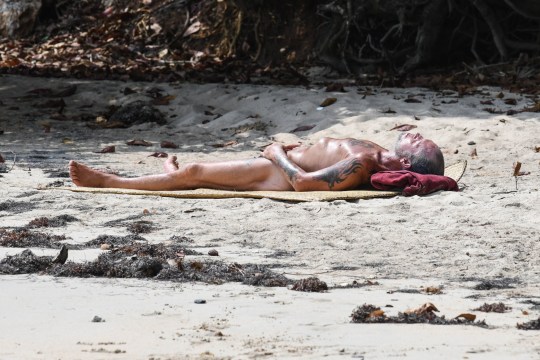 The island TV show is the Italian I’m A Celebrity (Picture: SplashNews)

The England, Newcastle and Tottenham hero was tasked with grabbing a ball, scrambling through a ditch and then wading under a cargo net before climbing a platform to score a basketball hoop in hopes of landing the meal for camp.

But somewhere along the line, he injured himself, and despite wanting to carry on, was later taken to be checked out by doctors. 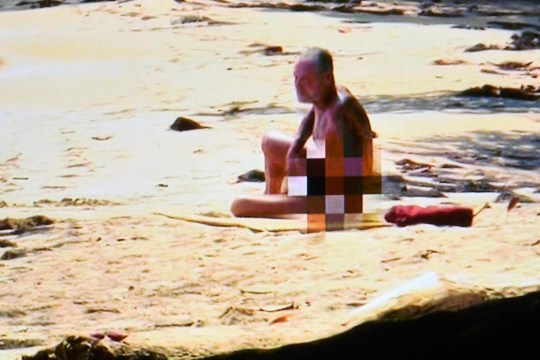 Despite his injuries, he later returned to the island to continue filming.

He even gave his own version of James Bond shortly after. 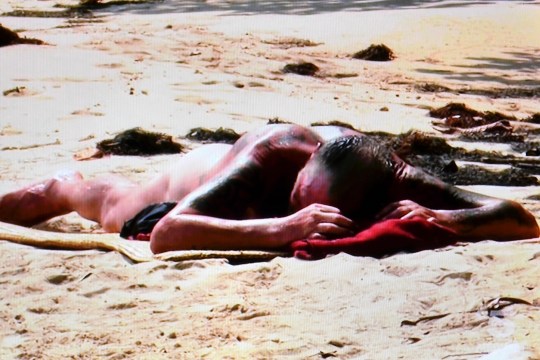 The star looked like he could do with some aftersun as he roasted on the beach (Picture: SplashNews)

But Gazza’s antics have not gone down particularly well with his fellow islanders though, who were filmed complaining he ‘sits there and does nothing’.

The comment comes after he was blocked from participating in trials because of his injury.

The show is currently four weeks into filming, with the star potentially remaining on the island for up to another month.