The series tells the story of Pamela Anderson and Tommy Lee (Picture: Hulu)

Lily James has insisted the provocative scenes in the upcoming biopic Pam & Tommy were ‘essential’ to the story.

The drama which has sparked plenty of controversy ahead of its release, depicts the 32-year-old actress as Pamela Anderson and Sebastian Stan as Mötley Crüe rocker Tommy Lee, when their sex tape was stolen and sold on the internet in the 1990s.

Viewers won’t have long to wait to see how the eight-parter unfolds, however, Lily stressed that the X-rated scenes needed to be shown.

Speaking to The Sun, she said: ‘We really felt that the sex scenes had to be a part of the story and had to be essential to the script and progressing their relationship and looking at what happened.

‘It was a really great constant conversation and nothing was set in stone.’

Ahead of its launch, fans have been left in awe by Lily’s transformation into the Baywatch star, with some photos taken of her in character making it impossible to distinguish between the actor and the real Pamela. 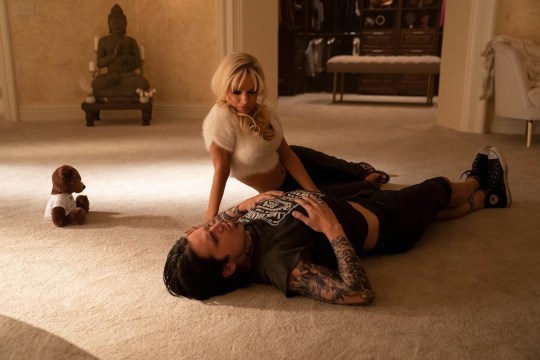 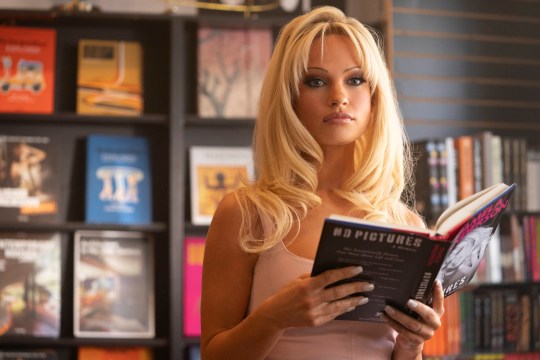 Although the Downton Abbey star has been overwhelmed with praise, she came pretty close to quitting the series altogether.

‘I really wanted to pull out of this a week before,’ Lily told Variety.

‘It just felt too frightening. But I think that’s a good place to work from because it keeps you growing and getting better, I hope,’ she added.

Lily explained that she would watch Pamela’s interviews ‘over and over again’, making notes and imitating her as she noted that the star spoke at a very rapid pace.

‘I wanted to get that energy and that impulsiveness and that spirit that she has when she’s in front of the camera,’ she said.

The Falcon and The Winter Soldier star Sebastian was just as committed when it came to preparing to play Tommy, watching videos on YouTube, reading the musician’s autobiography and spending months playing the drums, which left his fingers ‘swollen for a good week and a half’.

Pam & Tommy is available to stream on Disney Plus from February 2.