It’s weird how these things line up (Pictures: Rex/Warner Bros.)

In the week of both The Batman and Outlander season 6’s release, Sam Heughan beautifully linked them together as he discussed his past in a Batman stage show.

So yes, the Jamie Fraser actor has, in fact, been Batman.

Speaking about the experience he had with Batman Live on The Tonight Show Starring Jimmy Fallon, he explained to the host: ‘It’s a stage show – it’s like a Cirque [du Soleil] show – and we went all around the world.

‘We did the Staples Center, we did Vegas, all around the world. It was a lot of fun!’

The show ran from 2011 to 2012, before Sam clinched his part in the popular historical fantasy series Outlander, with the actor joking: ‘I’m not sure if Batman’s ever worn a kilt, has he?’

As Jimmy showed off some stills of Sam in the role, he also treated audiences to a bit of a preview of what Sam would look like in Batman’s famous cowl as he provided the 41-year-old with a mask after complimenting his jawline. 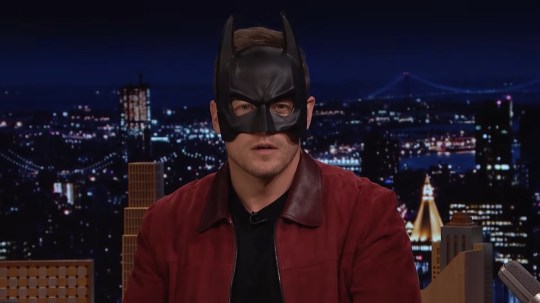 We agree with Jimmy that Sam does definitely have the jawline for the part (Picture: The Tonight Show Starring Jimmy Fallon/YouTube)

Asking Sam if he would consider the part, the actor responded with an understandable: ‘Oh my God’.

It’s not the first time Sam’s stint as the caped crusader has been mentioned, as pictures of him in the part – with dyed black hair – made the rounds on the internet last summer, but it is certainly particularly timely seeing as Robert Pattinson is making his debut in the role. 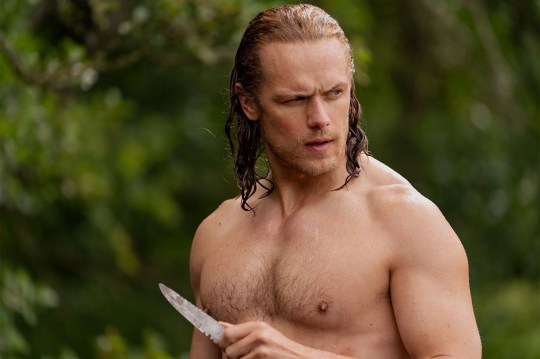 The actor went on to nab the part of Jamie shortly after his Batman stint (Picture: Starz/Kobal/Rex/Shutterstock)

While a promotional video for the tour had a young Sam explaining the physical challenge of taking on the iconic superhero, as he described the ‘active role’ of the ‘muscular’ hero, it appears Robert would also agree.

The actor revealed he ‘counted sips of water’ ahead of his shirtless scene in Matt Reeves’ The Batman, having already endured three months of intense working out and a diet changed. 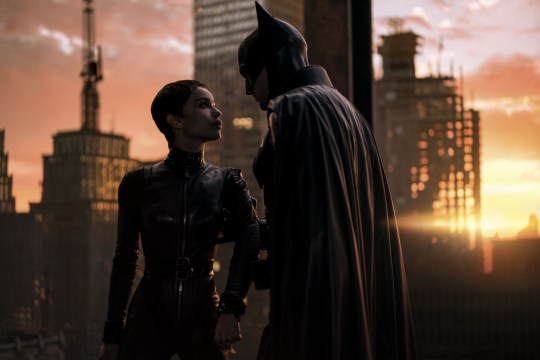 Robert is the latest actor to portray Batman, in a movie which released two days ahead of Outlander’s latest season (Picture: Jonathan Olley/Warner Bros Pictures)

The actor then laughed: ‘Shame is my biggest motivator, 100%.’

The Batman is in cinemas now. Outlander season six premieres March 6 on STARZPLAY