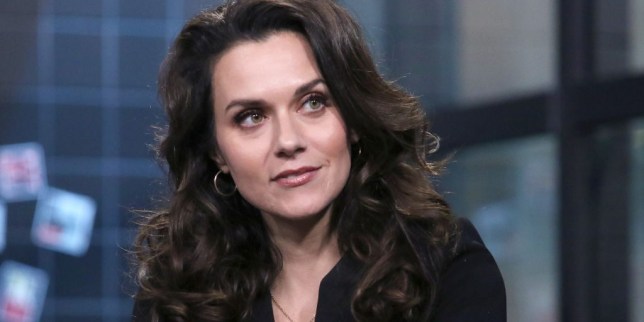 One Tree Hill star Hilarie Burton has revealed she wants to ‘do-over’ the hit series with a ‘girl boss’ in charge.

The actress famously played Peyton Sawyer on the beloved teen drama and has been vocal over the years about issue that took place on-and-off screen.

The show remains beloved by its legions of fans amid the subsequent allegations from the series’ female stars that series creator and showrunner Mark Schwahn subjected them to sexual harassment on the set.

Tuesday saw a Twitter user shared a photo she found ‘in my adolescent psychology textbook,’ featuring Hilarie in an intimate scene with co-star Chad Michael Murray (who played Lucas Scott).

When Hilarie saw the tweet, she responded: ‘Teen girl sexuality was a cornerstone of #oth, so its gross to me that there were no women in positions of power there. No one we could turn to advocate for us.

‘Men telling the stories of girl sexuality is a red flag. I want a do-over with a girl boss.’

Her co-star and close friend Sophia Bush – who starred as Brooke Davis – shared her approval for the idea as she commented: ‘co-sign’.

One Tree Hill followed the fictional lives of a group of teenagers in North Carolina, ran for nine seasons between 2003 and 2012.

In 2017, the series’ showrunner Mark Schwahn was accused of sexual misconduct in an open letter signed by 25 cast and crew members of his new show The Royals. 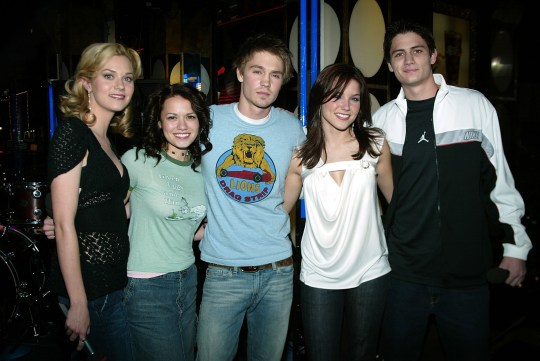 The letter was also signed by 18 female cast and crew members from One Tree Hill, including Hilarie.

Hilarie also alleged that the showrunner repeatedly targeted her, which included two attempts to force himself on her.

Mark Schwahn was fired from The Royals after the allegations emerged.

When the show ended after nine series, the cast have gone on to remain close friends and regularly support each other at charity events.

From New Zealand to Liverpool FC Women: why Meikayla Moore has her sights set on Anfield | With you all the way