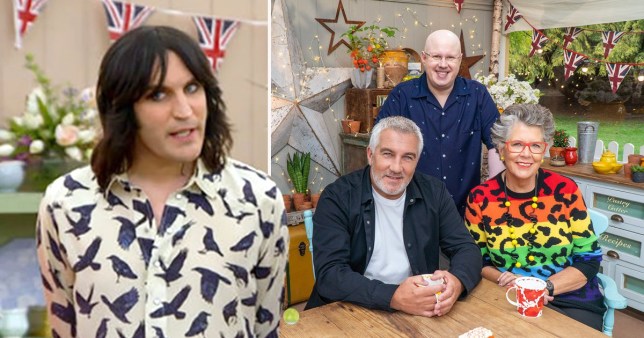 Noel Fielding will be missing from The Great Celebrity Bake Off 2021, with Matt Lucas presenting the Stand Up To Cancer specials solo.

This year’s Great Celebrity Bake Off line-up has been announced and it is inspired.

From musicians Dizzee Rascal and Jade Thirlwall to Hollywood royalty in James McAvoy and Daisy Ridley, the Bake Off tent is going to be packed with the most famous of faces doing their bit to fight cancer.

Paul Hollywood and Prue Leith will be back judging the celebrities’ bakes, but Noel will be skipping the five episodes, after he was also replaced for the Christmas and New Year’s Day specials.

The 47-year-old was unable to film further Bake Off episodes while on paternity leave, following the birth of his second child with girlfriend Lliana Bird in October.

Noel was replaced by Extra Slice regular for the festive Bake Off episodes last year, but this time the comic will be trying his luck as an actual contestant. 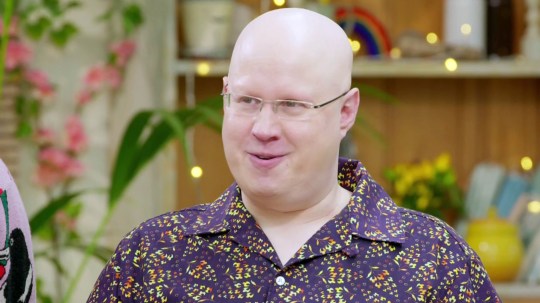 Sharing her excitement ahead of the new episodes, Sarah Lazenby, Head of Formats and Features: ‘What we all need right now is more joy. Bake Off is serving up yet another dollop of fun courtesy of some very willing celebrities.

‘We can’t promise a huge helping of baking inspiration, but we can deliver some much-needed laughs.’

‘It has been a difficult year for charities and we sincerely hope that this series will offer a lot of fun but also some much-needed funds in the fight against cancer.’

Celebrity Bake Off Stand Up To Cancer returns to Channel 4 this spring.