It comes after fans raised thousands of pounds for Nikki to receive vital treatment for anorexia at a specialist facility, with the reality star having suffered with the eating disorder from a young age.

Speaking to Phillip Schofield and Holly Willoughby on This Morning, Nikki’s mum Susan opened up about her daughter’s ongoing health worries.

‘I think last year really put the cap on it with Covid,’ she said. ‘It sounds crazy but even stuff like gyms closing, which is quite important to Nikki as she needs to know she can exercise.

‘The isolation, she couldn’t see anyone. I offered to stay with her but she said ”I need to stay in my own home”. It’s been really hard for her, really hard.’

Susan went on to say: ‘She had terminal loneliness… she was cut off, spending too much time on her own, and nothing to think about other than food.’ 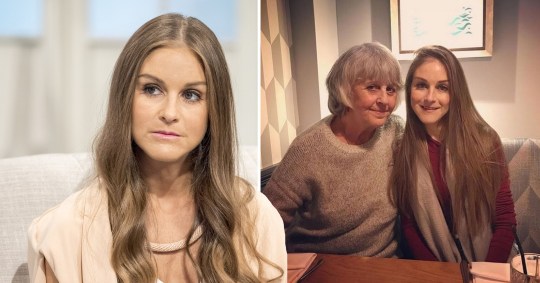 Nikki’s mum also said the reality star’s condition was improving before the pandemic, but said that as lockdown hit ‘it all came to a grinding halt’.

‘With Nikki, she would get through the year knowing she had friends abroad and would visit them, and she spent a lot of time last year cancelling all her holidays.’

Nikki’s friends set up a GoFundMe page in the hopes of raising £25,000 for a month of treatment for her eating disorder at a private clinic such as The Priory, explaining that the basic treatment she is receiving from the NHS is no longer working.

After Rylan Clark-Neal shared the fundraiser on Twitter, with permission from Nikki, the goal of £25,000 was met two days after the page was created. It was then upped to £50,000, with donations far surpassing the target.

Saying she was hesitant about the fundraiser at first, Susan said: ‘It was run by me a day or two before by Nikki’s friends. I was apprehensive.’ 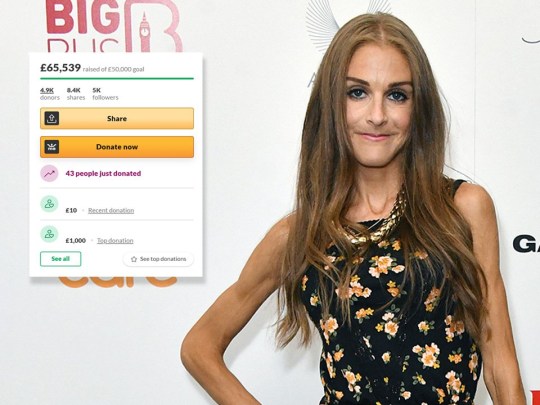 Nikki Grahame recently thanks fans for their donations (Picture: Rex)

‘First of all we were desperate, we haven’t had much help with the NHS, we had one place, she had been failed there five or six times.

‘I was worried that appeal, Nikki would come in for attack, with saying she was attention seeking, people could be nasty and she doesn’t need that.’

Susan went on to say: ‘I spoke to her and she said, ”please stress how overwhelmed I am by people’s kindness, tell everyone I’m going to try my level best to beat this, I’m going to get my life back”.

‘It’s so frightening for an anorexic because if they start to eat normally, it’s gonna go out of their control. She felt it was the one thing that she could keep control over with everything going around her.’

Nikki became an instant star when she appeared on the seventh series of Big Brother back in 2006. She has battled anorexia since she was eight years old.

Donations to Nikki’s fundraiser can be made here.

If you suspect you, a family member or friend has an eating disorder, contact Beat on 0808 801 0677 or at [email protected], for information and advice on the best way to get appropriate treatment

This Morning airs on weekdays at 10am on ITV.