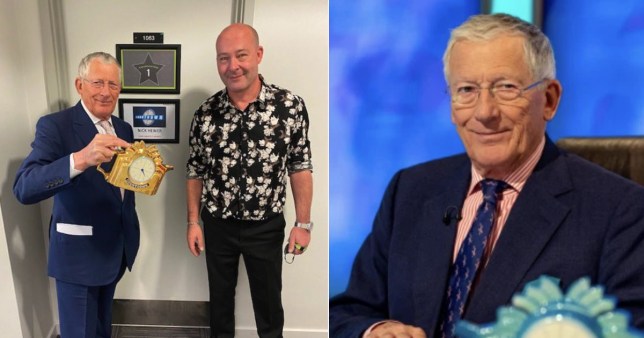 Nick Hewer filmed his last ever episode of Countdown and marked the occasion by posing outside his dressing room with the show’s famous golden teapot trophy.

The 77-year-old is stepping down after nearly 10 years in the hot seat and is to be replaced by Anne Robinson, the first female host of the Channel 4 game show.

Sharing a photo of himself with Countdown’s long-standing producer Damian Eadie, Hewer wrote on Twitter: ‘Yesterday was my last day in the Countdown studio, pictured here with a rare and priceless ‘golden teapot’ and the legend that is Damian Eadie, Countdown producer for more than 25 years. Thanks for making it fun Damian.’

On each episode, the prize for defeating the reigning champion is a teapot styled to resemble the clock used in each round.

On Thursday, Riley paid tribute to their time together by sharing a series of photos on Twitter, including one of Hewer wearing a leopard-print gown.

Yesterday was my last day in the Countdown studio, pictured here with a rare and priceless âgolden teapotâ and the legend that is Damian Eadie, Countdown producer for more than 25 years. Thanks for making it fun Damian. pic.twitter.com/XWefPTcdjQ 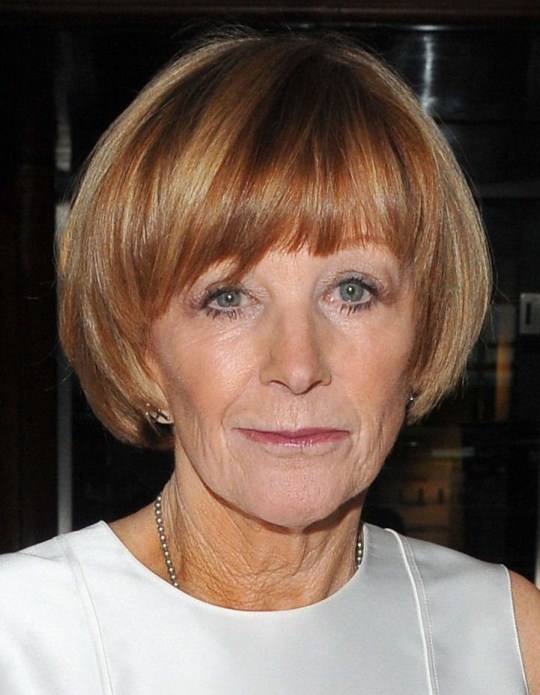 Anne Robinson is replacing Nick on Countdown (Picture: Can Nguyen/REX/Shutterstock)

She wrote: ‘Posting these in honour of @Nick_Hewer’s last ever Countdown filming day with us. After nearly a whole decade, it’s not going to be the same around here without Hewer the Skewer!’

On Friday day, he shared a picture of himself with his dog Molly as he kicked off his retirement, and it looks glorious.

Hewer joined the show, which first aired in 1982 and has seen multiple presenting line-ups, in 2012, taking over from sports presenter Jeff Stelling.

Formerly a public relations consultant, Hewer met ex-Amstrad owner Lord Alan Sugar through work and eventually joined him as an adviser on The Apprentice on BBC One, launching a career on TV.