GLEE star Naya Rivera’s stunning Los Angeles home has been put on the market for $2.7 million following her tragic death this summer.

Mom of one Naya, 33, lived in the sleek four-bedroom, three-bath pad nestled in the Los Feliz district with her son Josey, 5, since 2018. 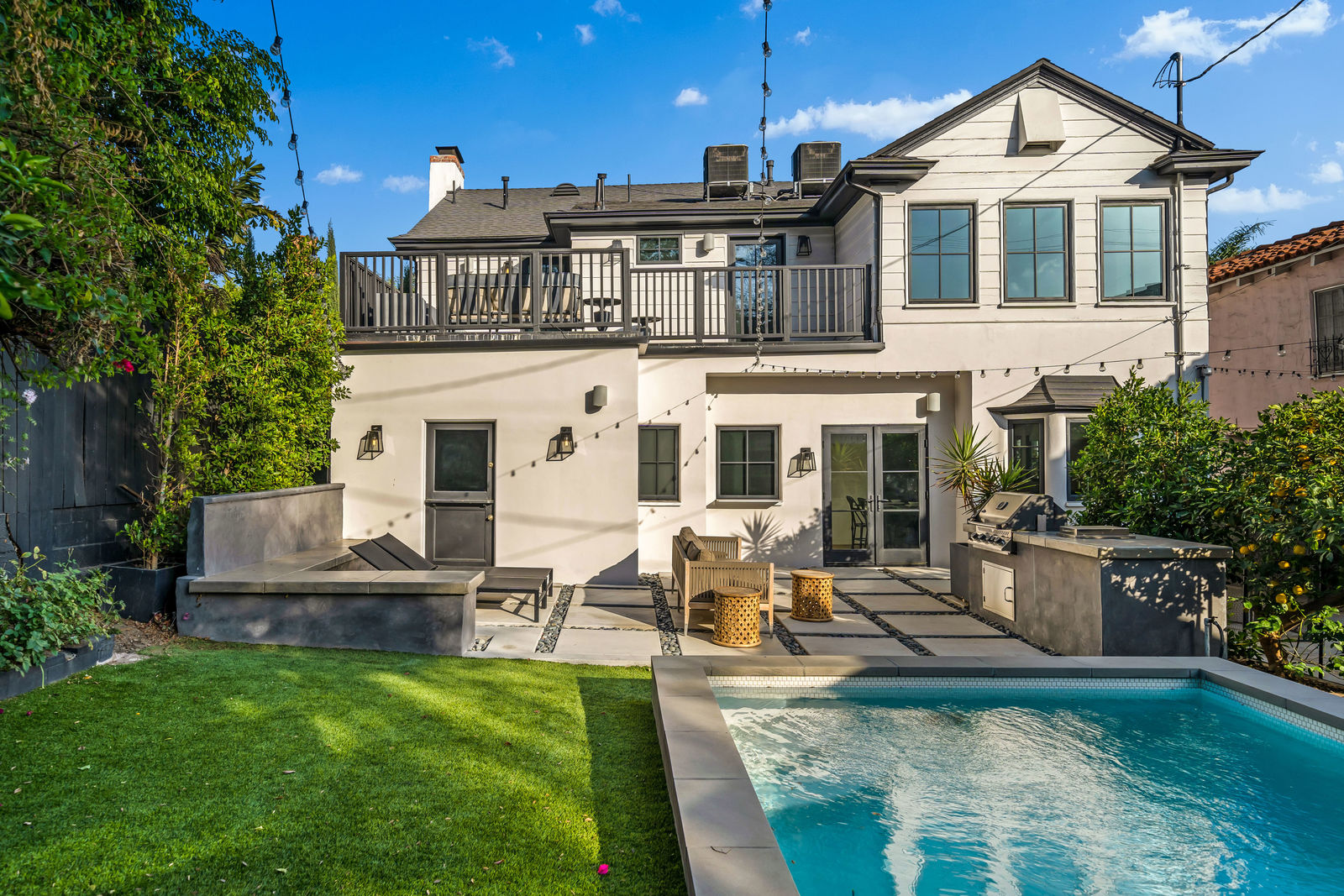 Late Glee actress Naya Rivera’s LA home is on the market for $2.7 millionCredit: One Shot Productions

The actress was declared missing on July 8, 2020, after she failed to return from a boating trip to Lake Piru with her son, who she shares with ex-husband Ryan Dorsey.

After a days-long search, investigators found her body in the lake on July 13 and declared her cause of death as an accidental drowning.

With Naya’s ex-husband moving in with her sister to care for the child, her mansion is for sale.

The two-story home is listed with Keller Williams Realtors: Nikki & Robb Friedman, who hail the cozy living room, complete with a fireplace, as a “French classic.” 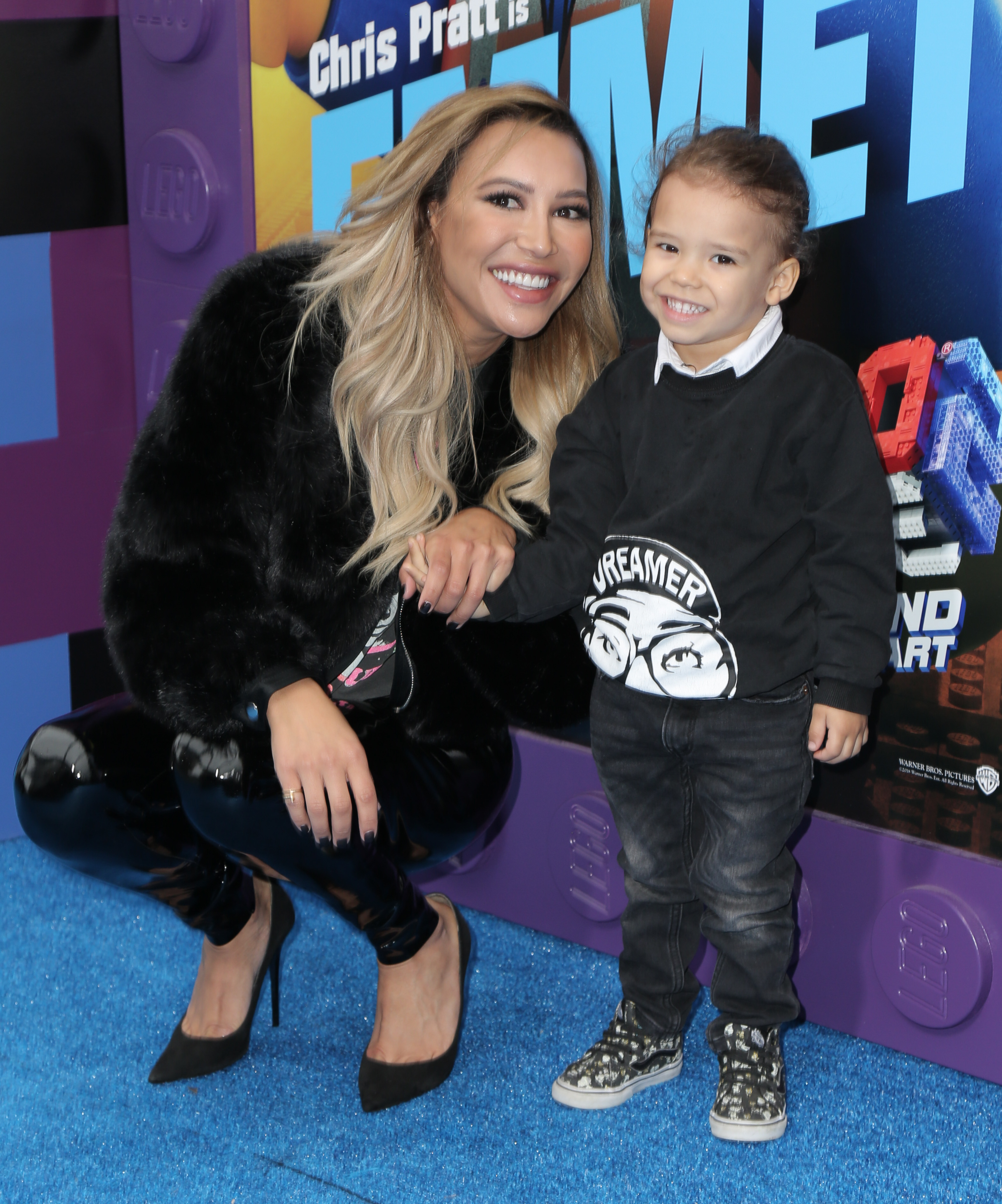 The mom of one tragically died last summer following a boating trip with her sonCredit: Splash News 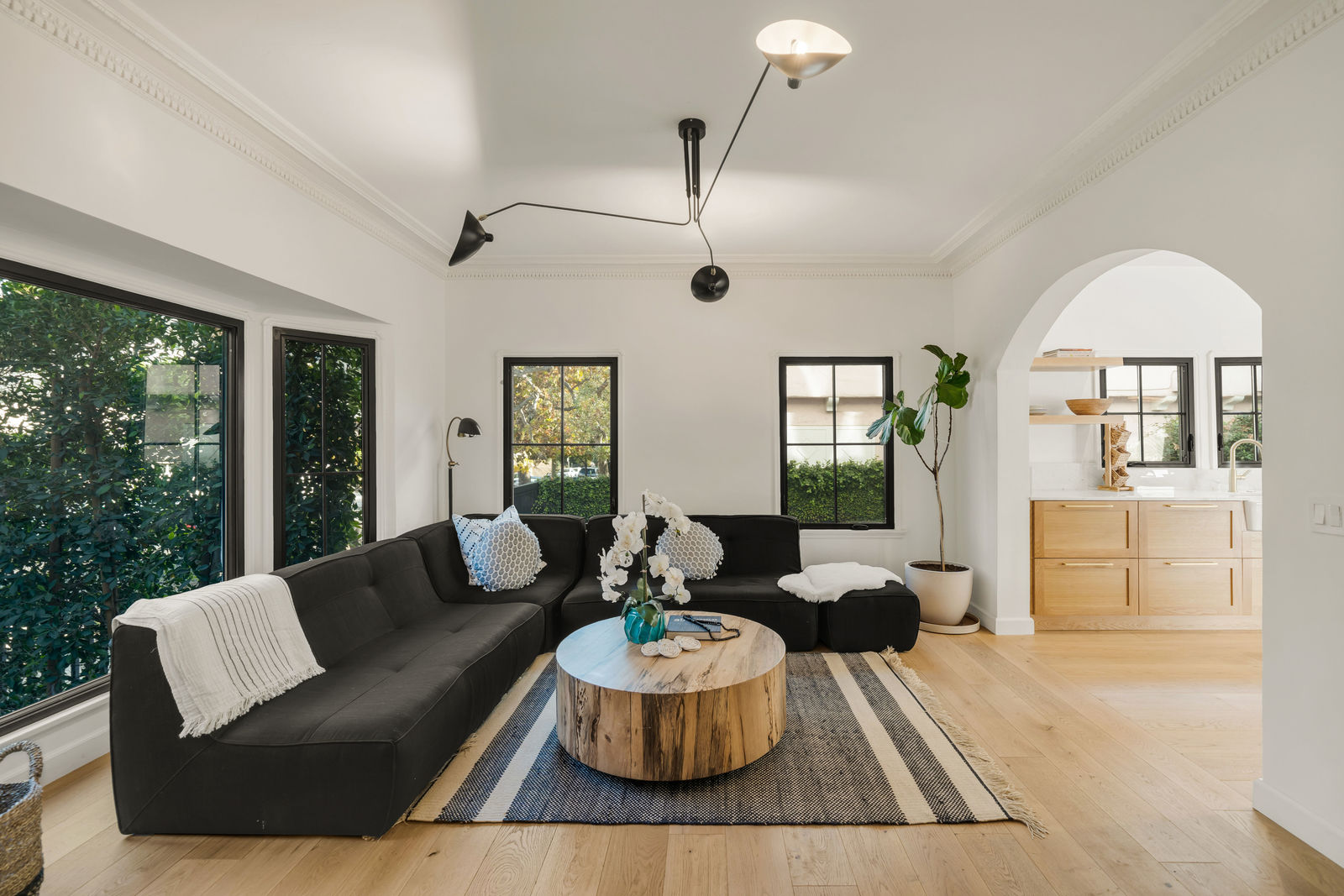 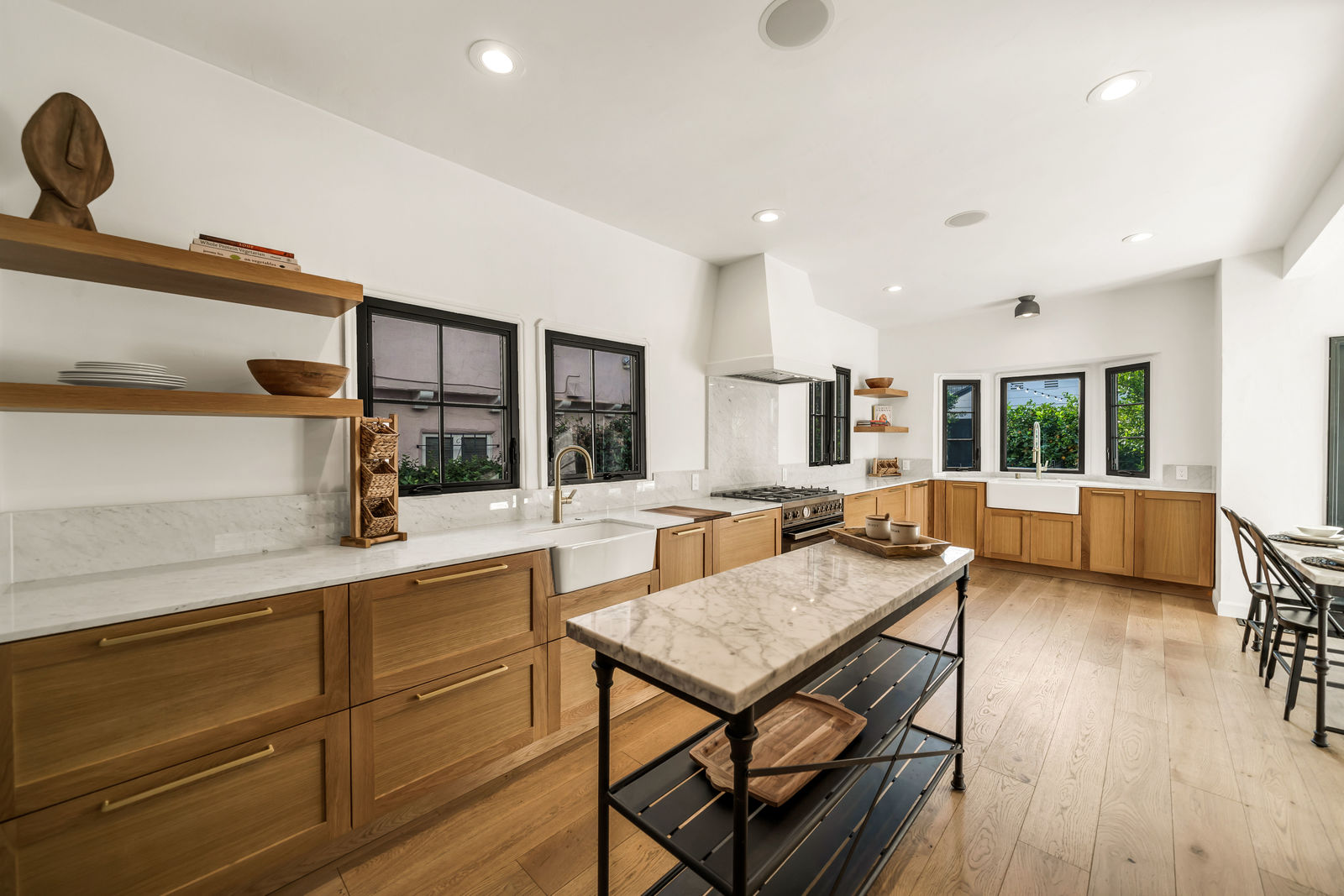 The vast kitchen appears to be the heart of the home on the ground floor with white oak hardwood floors, custom cabinets and an antique pantry.

The space is also fully equipped with a built-in Bosch fridge, professional Bertazzoni range and and Italian Carrara marble worktops.

It leads onto an open plan family room with a snug black corner couch and striking log table.

Huge windows give a glimpse of the leafy outdoors that surround the home. 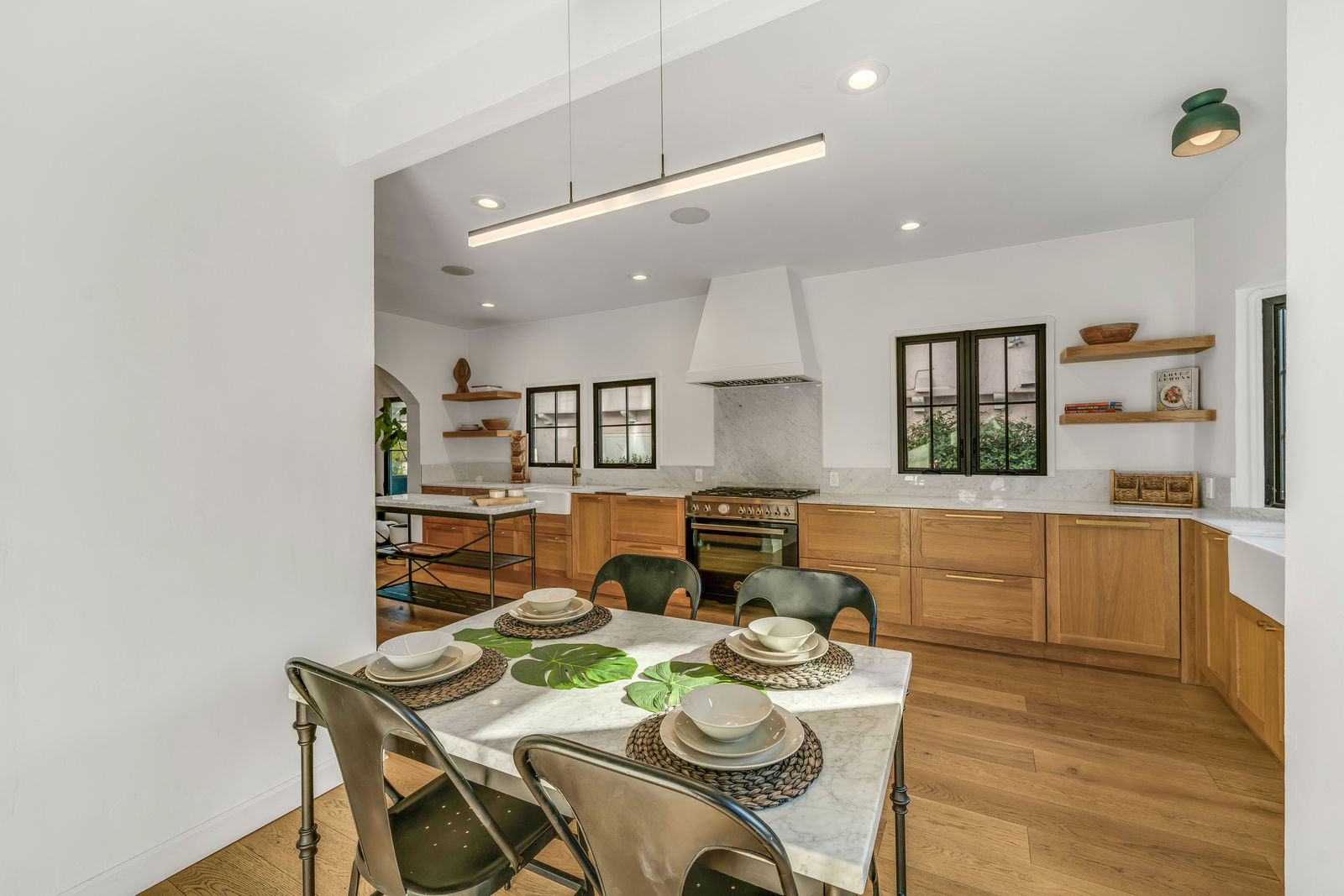 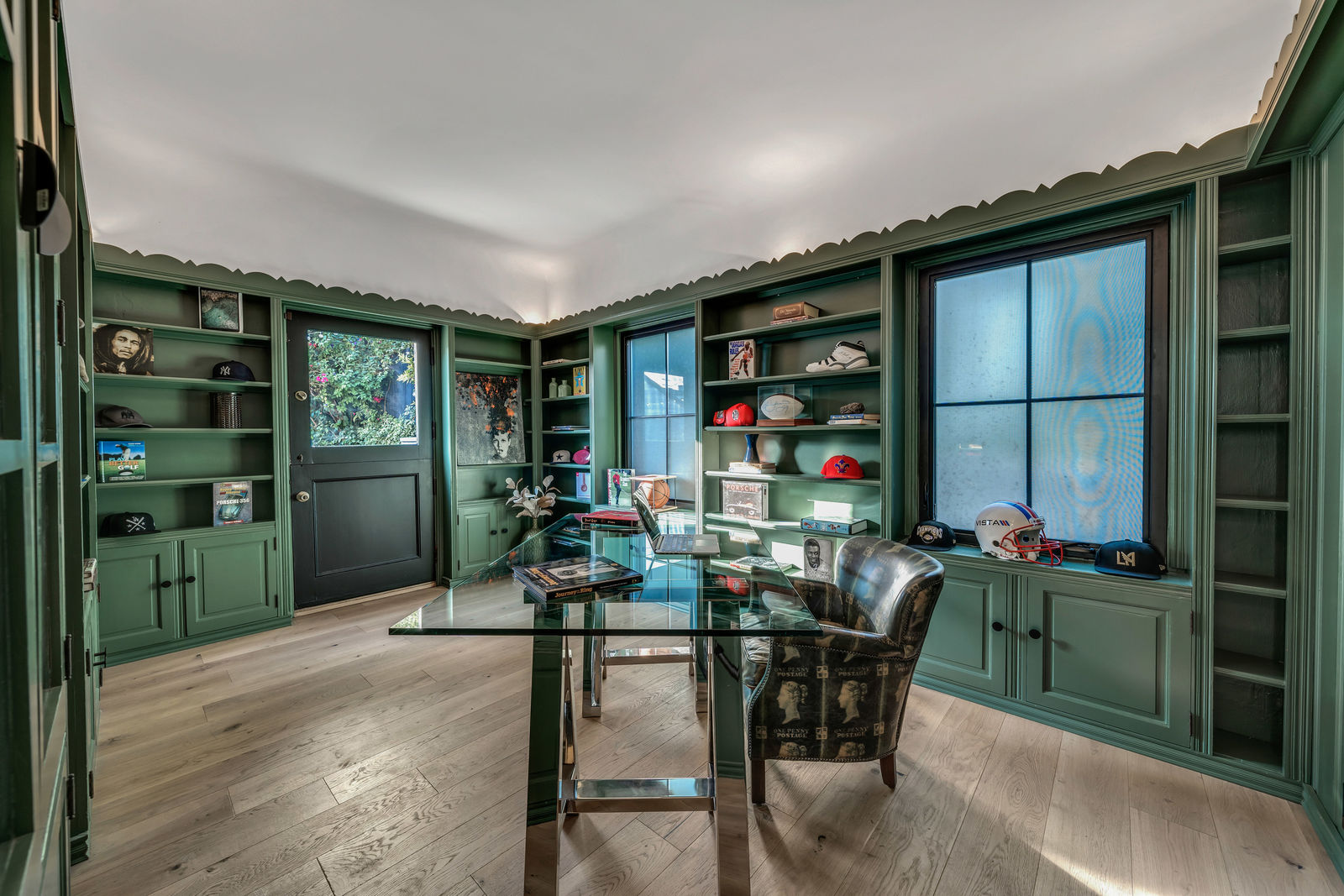 The study takes on a darker tone with green furnitureCredit: One Shot Productions 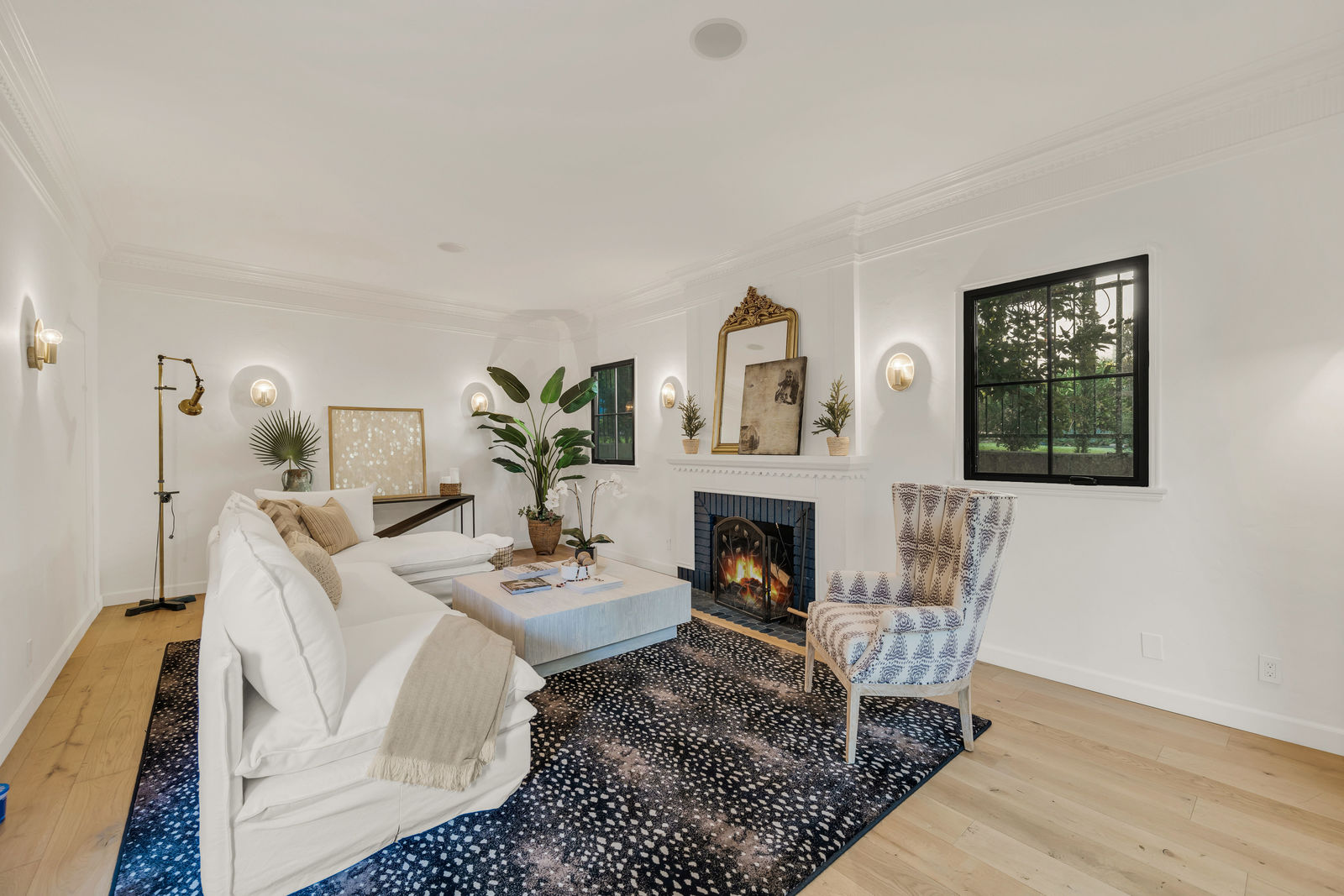 Lounge areas are clean, light and brightCredit: One Shot Productions

Meanwhile, the master bathroom – which leads onto a main bedroom presumably used by Naya – has a freestanding tub and glass-panelled shower.

Snazzy geometric flooring adds a modern touch while the contemporary interiors continue in the master bedroom with a streamlined black four poster bed.

Wooden beams draw the eye up to the high ceilings while the room is equipped with a spacious walk-in closet. 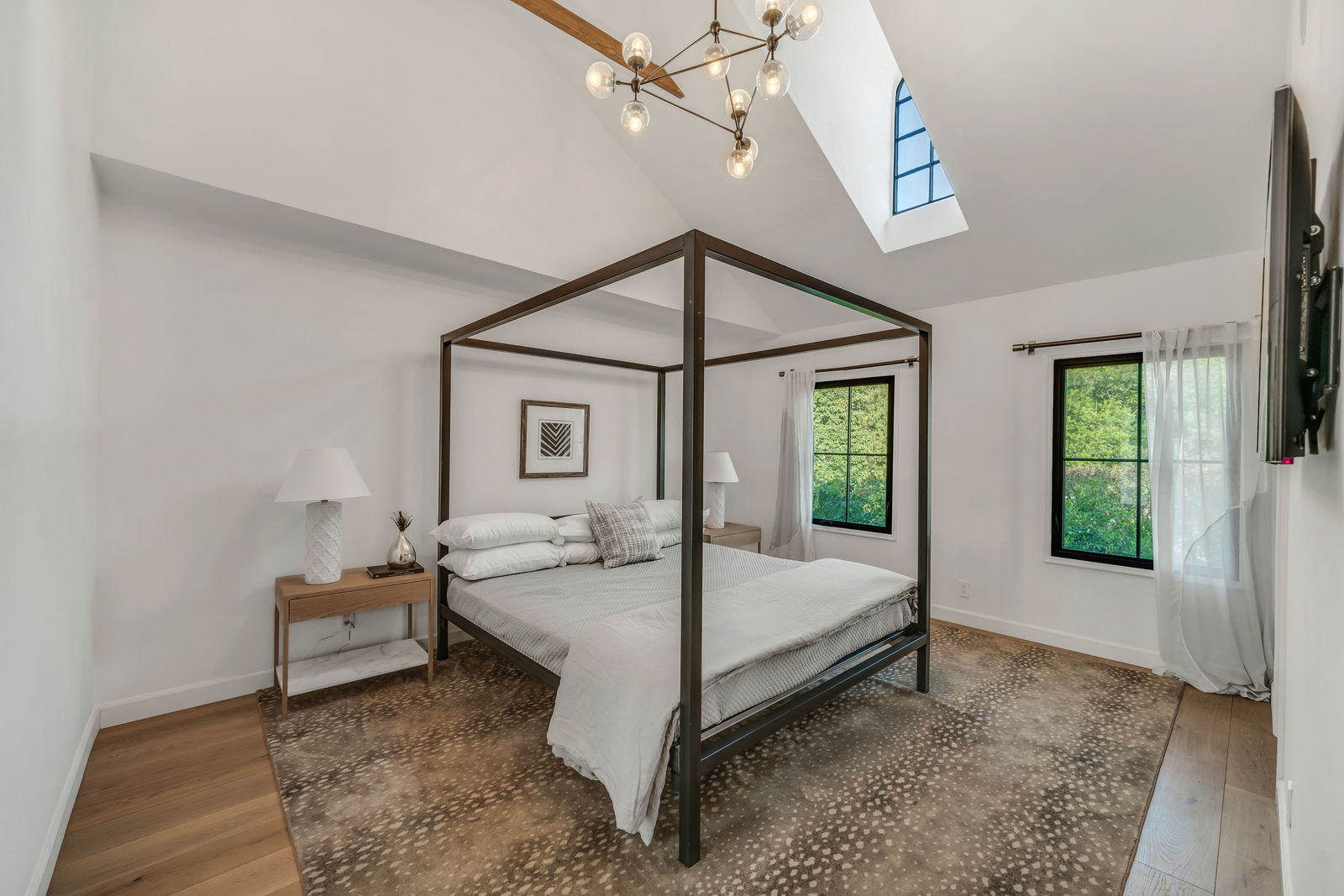 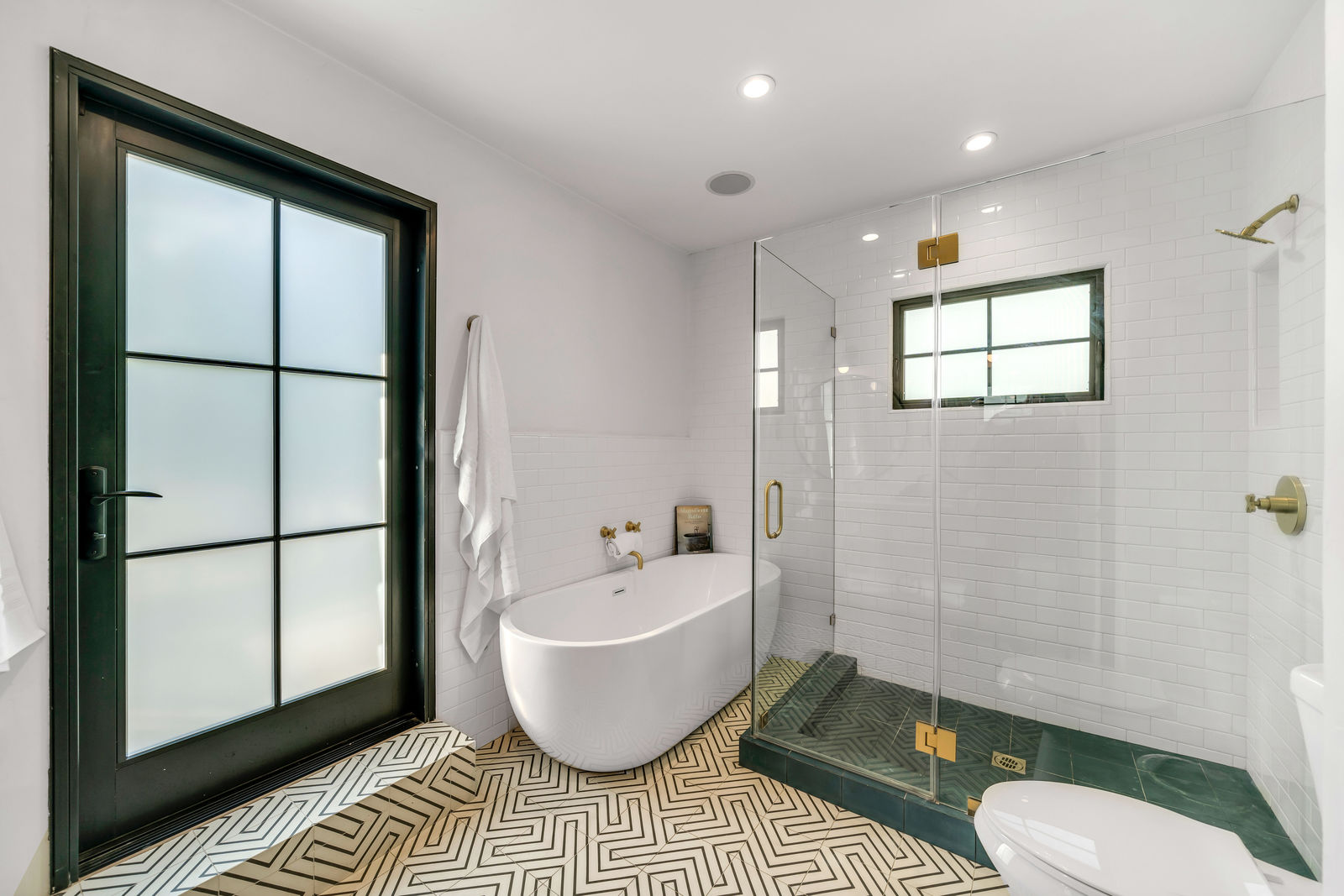 It leads onto the bathroom, with snazzy geometric flooringCredit: One Shot Productions 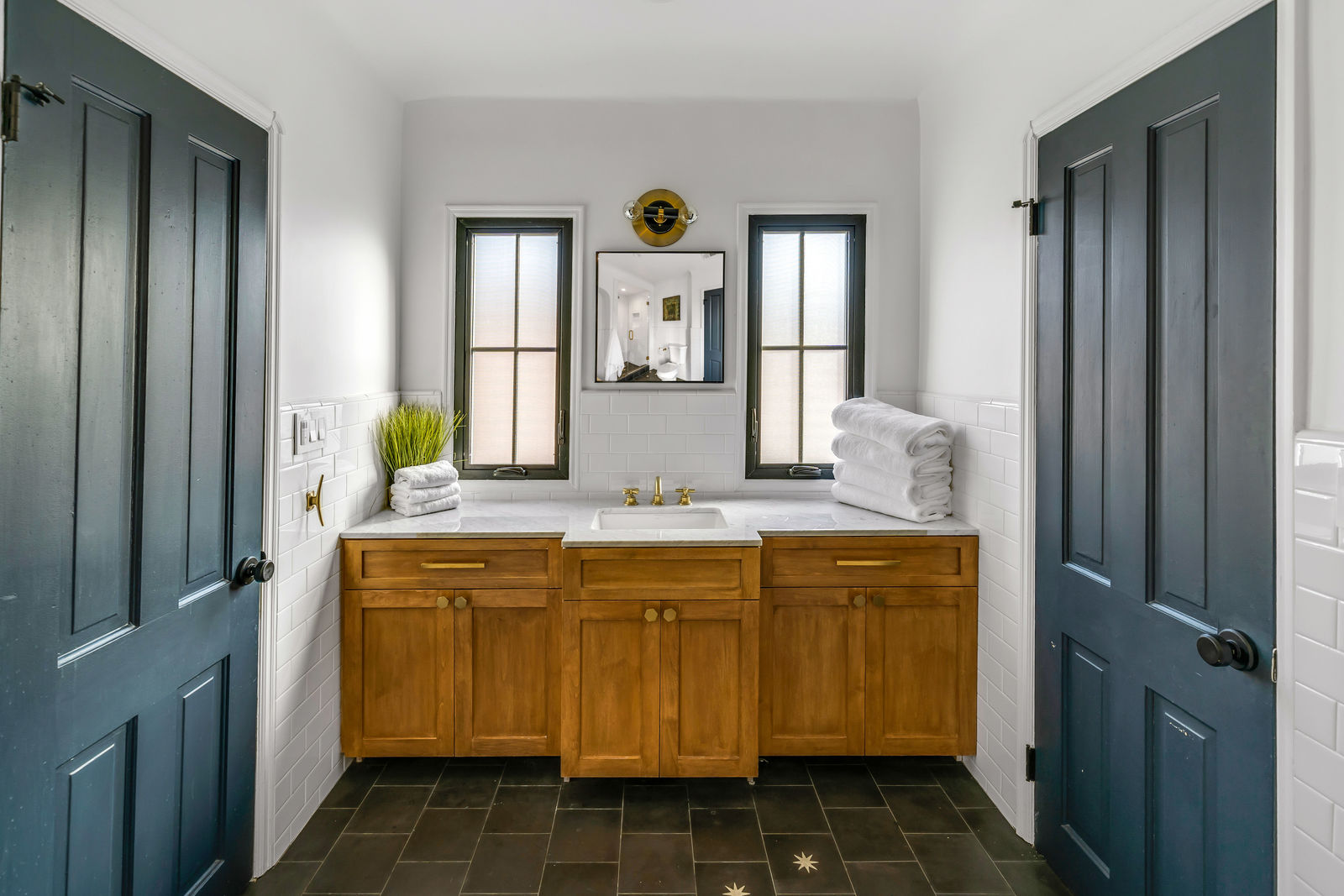 Two bedrooms have an adorable Jack and Jill bathroomCredit: One Shot Productions

A home office takes on a darker tone with green cabinets and furniture, and a striking glass desk taking center stage.

There’s also a patio leading out to the picturesque garden with a swimming pool.

A BBQ area proves the perfect place for entertaining, as it is complete with a patio decked out with sun loungers.

A two-car garage and foliage for privacy completes the extensive outdoor surroundings. 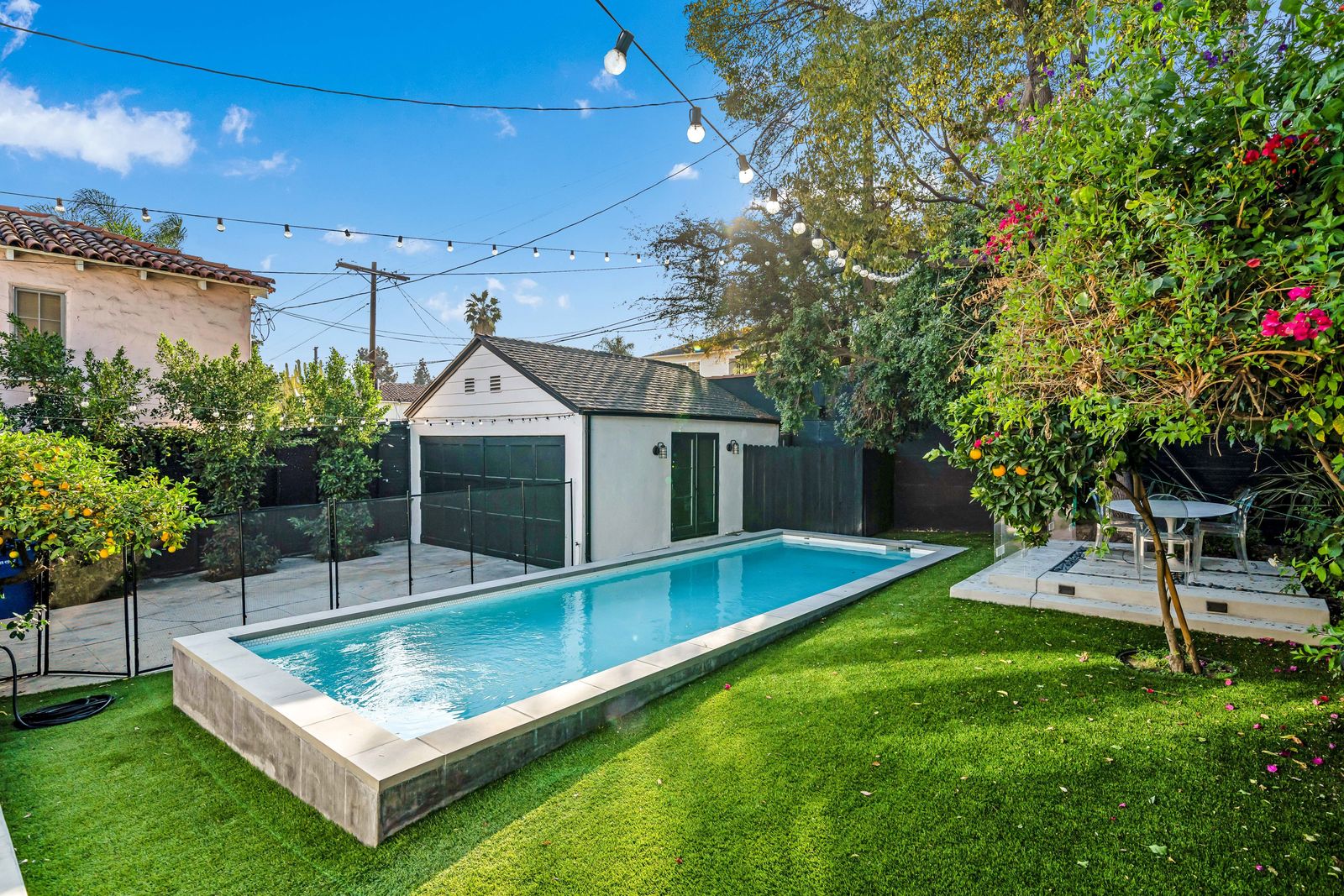 The home features a poolCredit: One Shot Productions 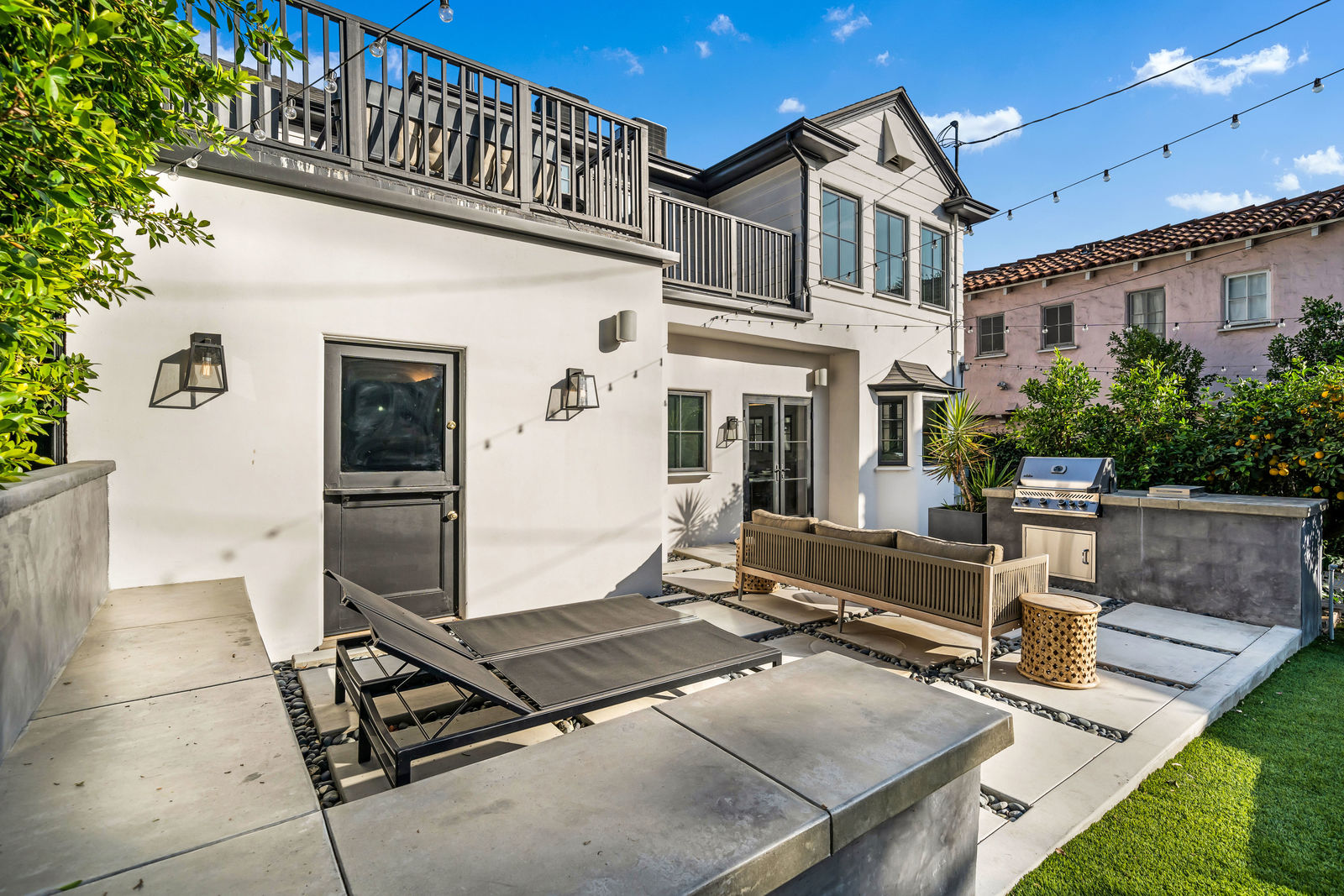 A BBQ area is perfect for entertainingCredit: One Shot Productions 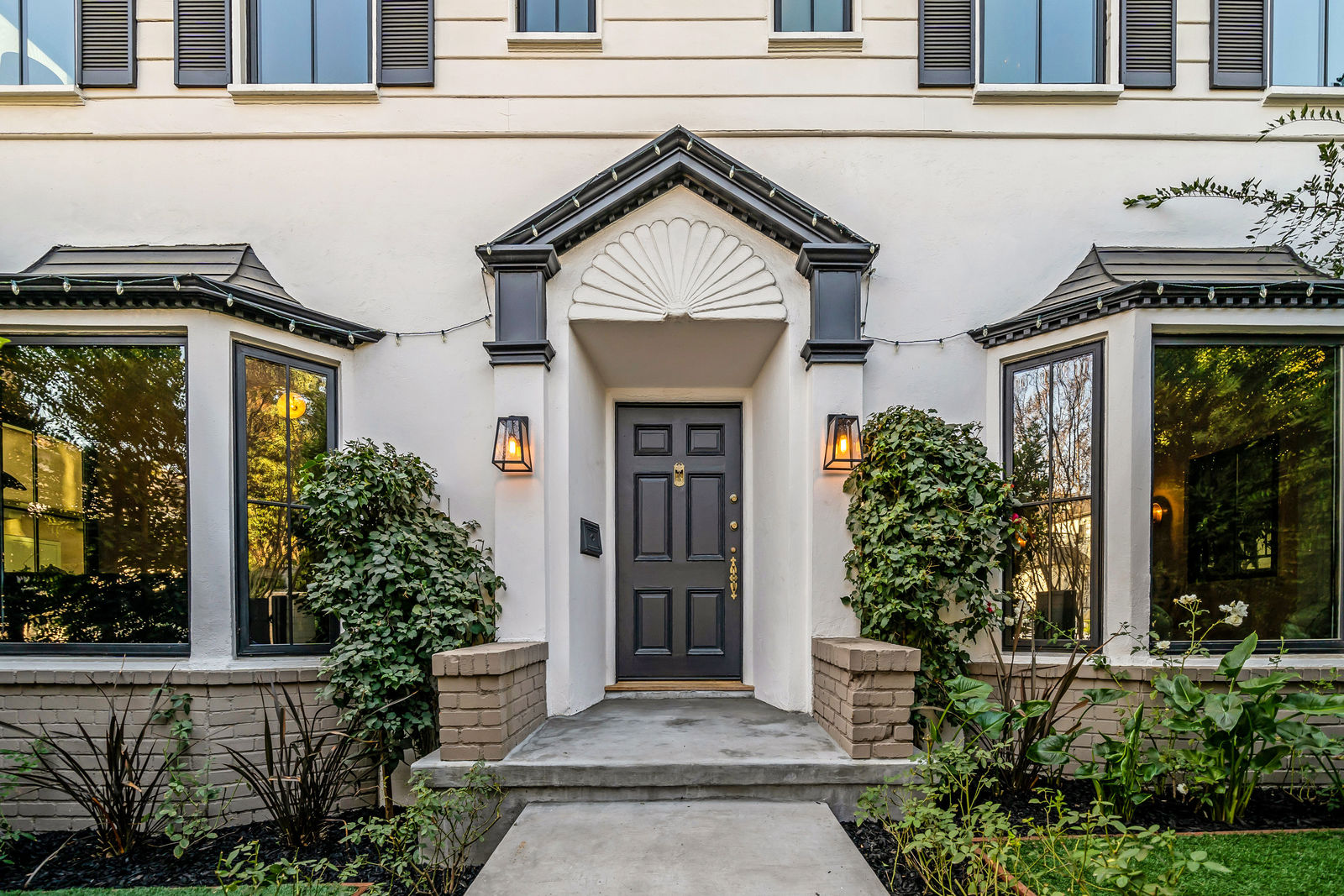 Naya bought the 1930s era home in 2018 and lived there with son JoseyCredit: One Shot Productions 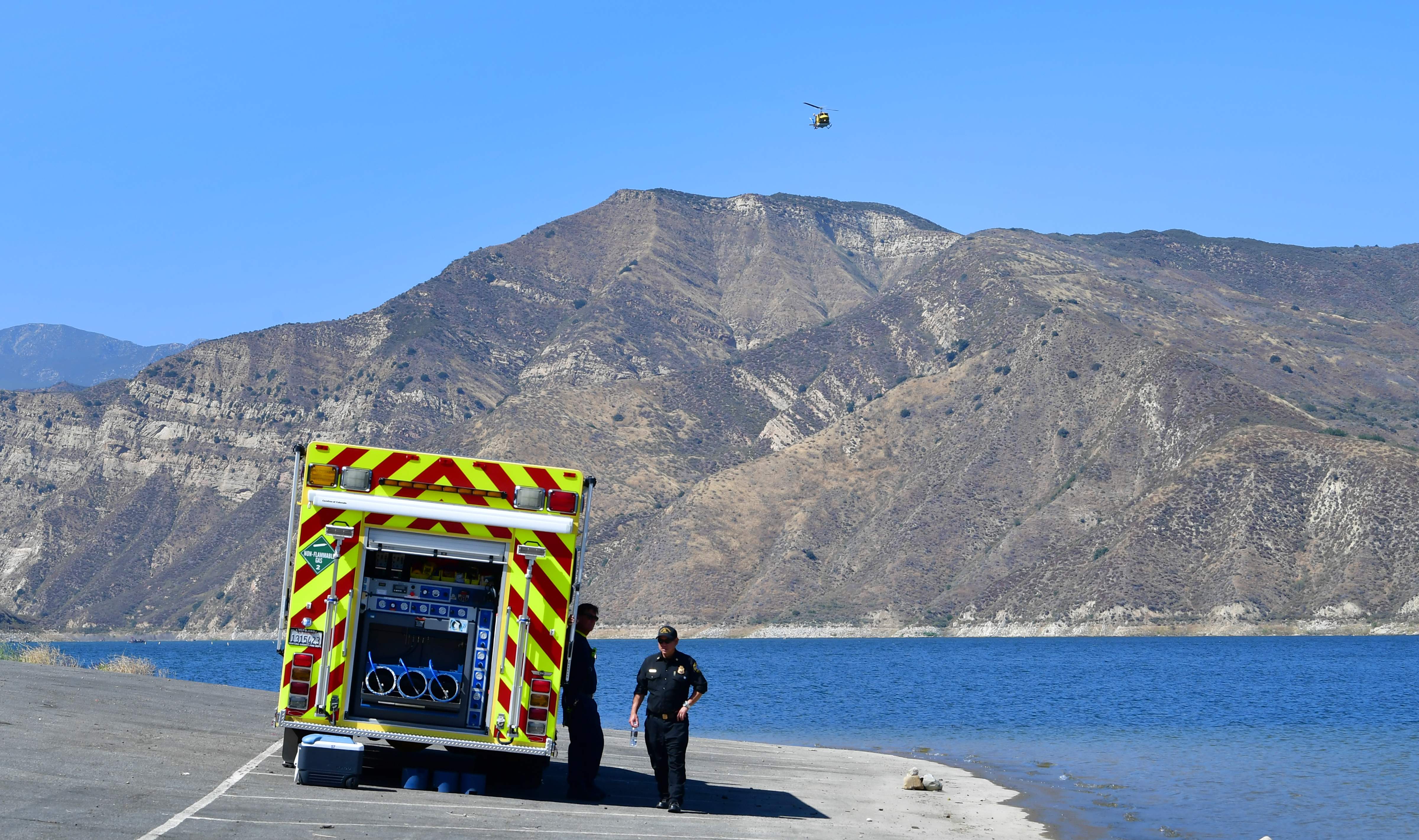 She tragically died following a boating trip on Lake Piru in July 2020Credit: AFP or licensors

The property, built in 1935, appears to have been recently renovated before being put on the market this week.

It comes two months after her ex Ryan filed a lawsuit over the TV star’s alleged wrongful death with a claim the boat she hired was “unsafe.”

The family, on behalf of Josey, is also suing Ventura County, California, where his mother died, as well as United Water Conservation District and the county’s Parks and Recreation Management for negligent infliction of emotional distress.

The complaint alleges that the Glee star’s death was preventable and that the boat that she went on with her son in Lake Piru did not comply with Coast Guard safety standards.