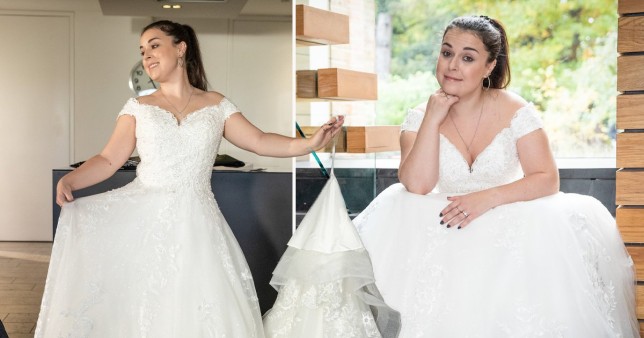 Will Tracy finally get her happy ending? (Picture: BBC)

Tracy Beaker’s dreams may finally be seeing her through in first look photos of Dani Harmer trying on wedding dresses for the character.

Dani will be returning to our screens today for the highly anticipated three-episode special, My Mum Tracy Beaker, where fans will catch up with our fave foster child who’s grown up and become a mum to a 10-year-old of her own.

After catching the eye of Sean Godfrey (Jordan Duvigneau), an uber-rich ex-footballer who has been in love with Tracy since she was a child, the big dreamer and daughter Jess (Emma Maggie Davies) look like they’re about to be given everything she’s ever wanted.

However, this is Tracy Beaker we’re talking about, and it’s definitely not going to go off without a hitched before she gets, er, hitched.

The wedding dress looks stunning though, and Tracy looks beaming as she tries it on – though Jess doesn’t seem as keen, worried that the romance will get in the way of the close bond she has with her mum.

Can Sean manage to win the most important person in Tracy’s life round? 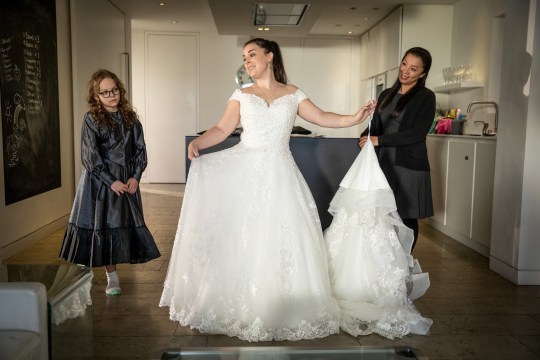 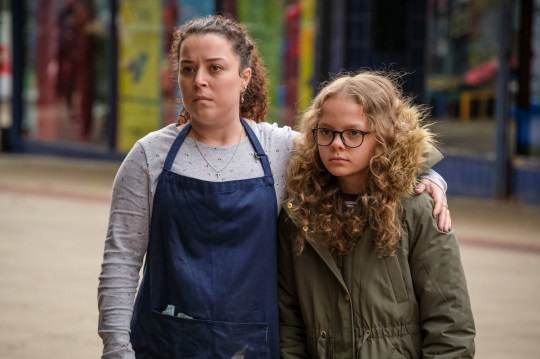 Tracy has been building a life for her and her daughter (Picture: BBC)

While that’s enough drama, it’s only going to get worse with the arrival of Justine Littlewood (Montanna Thompson), the ultimate frenemy from the Dumping Ground days.

Justine is still the polar opposite of her arch rival, becoming the ultimate business woman complete with a killer style. 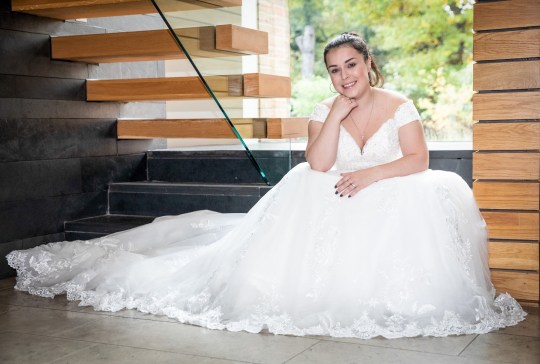 Will Tracy make it down the aisle? (Picture: BBC)

When she sees Tracy getting this new life thanks to Sean, old feelings start reemerging and it’s sure to end in disaster.

The Beaker girls have well and truly got their work cut out for them, and we’re so ready to see everything that’s coming up.

My Mum Tracy Beaker airs February 12 to 14 at 5pm on CBBC and BBC iPlayer.