A PLACE in the Sun couple were left mortified after spotting a very nasty suprise on a villa balcony. 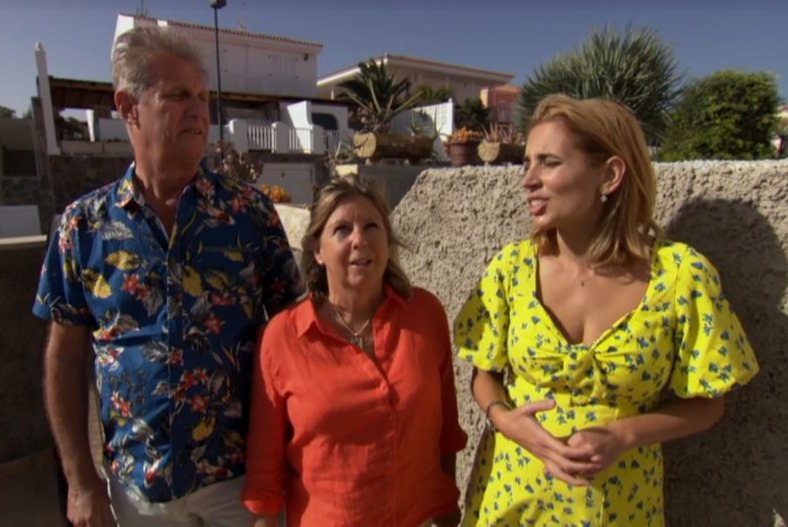 Maggie and Alistair was far from impressed with the patio viewsCredit: Channel 4

The 45-year-old presenter, who was joined by husband and wife Maggie and Alistair, from Edinburgh, almost immediately ruled out the house after the couple found several flaws.

On yesterday’s episode, Jasmine was was tasked with finding a holiday home on the sunny Canary Island of Gran Canaria within a budget of £350,000.

Having lived in Scotland for many years they’ve dreamed of buying a place abroad to escape the winter weather.

Jasmine kicked off the property search with a beautiful semi detached house in the exclusive residential area of Loma. 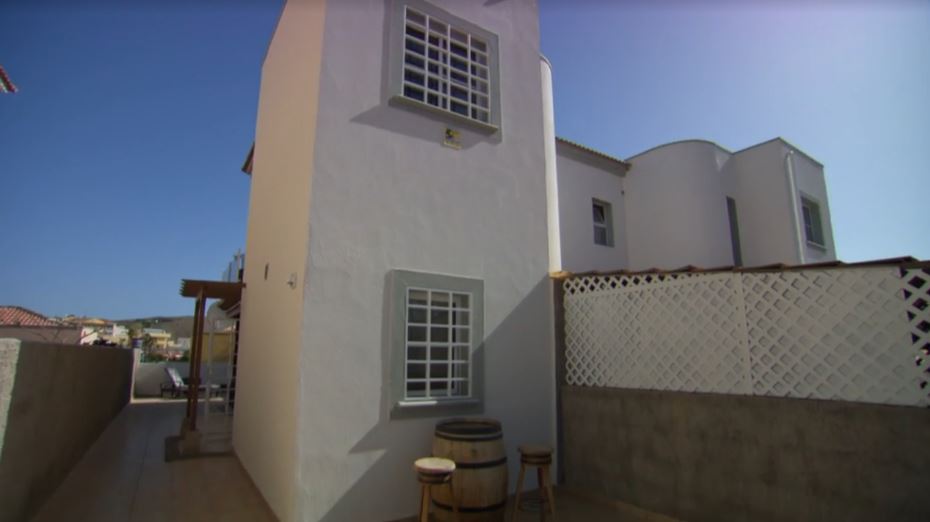 Jasmin took the couple to a stunning villa in LomaCredit: Channel 4

However, they immediately voiced their concerns even before they stepped foot inside the three-bed duplex in Arguineguín.

Alistair said: “It’s a little close to the next door house…that side.”

Jasmine replied: “Are you not keen on having neighbours?”

He responded: “We are, we’ll keep an open mind and see inside.” 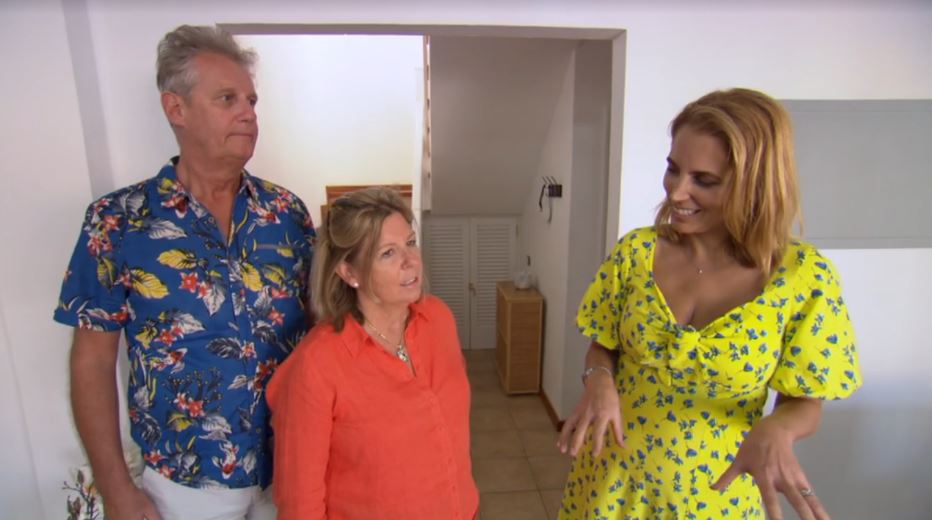 They initially warmed to the modern interiors inside the propertyCredit: Channel 4

The property which was on the market for just over £350,000, comes with a garage, spacious kitchen and a large patio with loungers.

Despite warming up to the interiors the couple were far from impressed with the first floor terrace.

Jasmine took the couple outside to show off the patio with space for a BBQ and stunning a stunning mountain landscape.

But the couple couldn’t help but express disappointment in the view from the patio area, which was overlooking neighbouring properties with mountains in the distance. 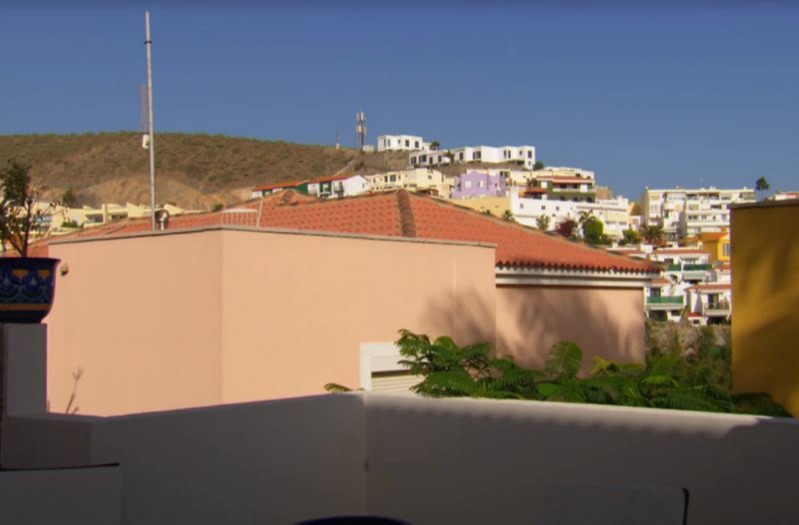 But the views were a serious let downCredit: Channel 4

Maggie said: “As a view, it’s not the view I had in my head and in my heart.

“It’s just a view of other houses.”

Jasmine then quizzed Alister on his impressions: “How does it look from up there?”

“Up here it is rather similar to how Maggie described it,” said Alistair. 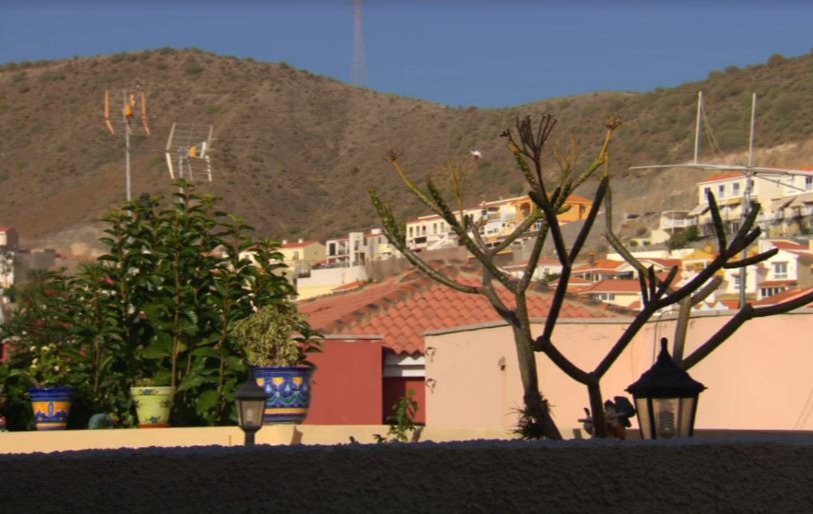 They instantly dismissed the house after slamming the sceneryCredit: Channel 4

“We are slightly looking into the houses at the rear here.”

“This isn’t it,” Maggie said bluntly.

The couple did agree to have a brief look upstairs just to help them get an understanding of what their money could buy.. 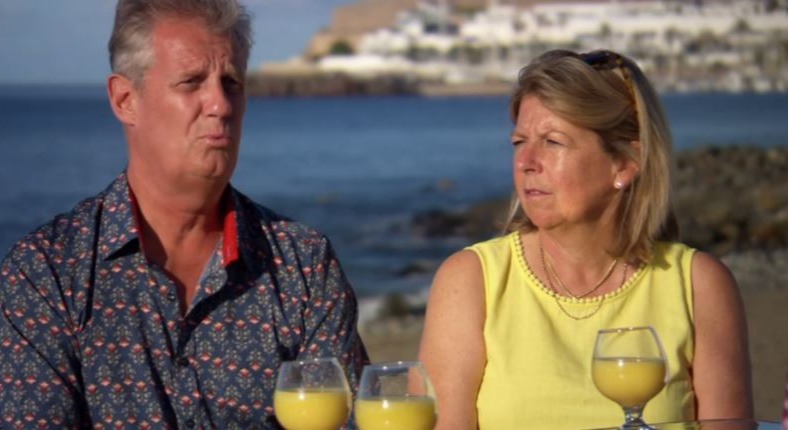 Unfortunately the modern bedrooms and living areas were not enough to persuade them to consider the villa.

The couple decided to broaden their criteria and look at more traditional properties in rural locations with more picturesque scenery.

In the end they turned down all of Jasmin’s property choices and returned to Scotland without making an offer on any of the villas.