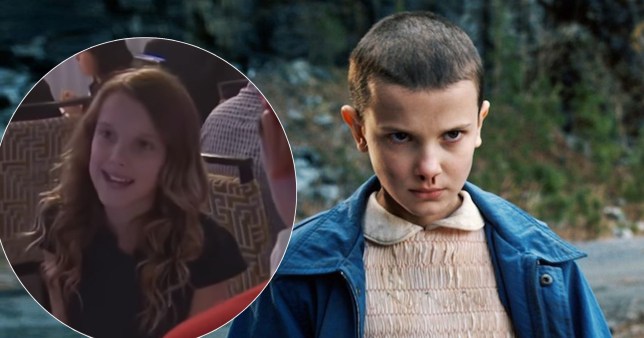 The actress seemed set for big things as a child (Picture: FOX / Netflix)

The actress shot to fame on the Netflix show, but it seems she was always destined for stardom after making the TV appearance as a child.

The actress was just 10 years old when she was filmed as a guest on the cooking show, two years before landing her role as Eleven on the Netflix hit.

Millie, now 17, appeared on the show back in 2016 and was introduced as a young actor.

Mille showed off her acting chops by doing an American accent for the cameras in the clip.

The actress, who went by the name Millie Brown at the time, ordered a toasted cheese sandwich, and was delighted when the owner complimented her accent and asked if she was in fact British.

The clip has gone viral since being posted by a fan on TikTok.

While Millie didn’t come face to face with Gordon himself in the clip, it’s a reminder of how Millie seemed set for stardom even as a child.

It was in 2016 when Millie got her big break as the teenager with psychokinetic abilities on Stranger Things. 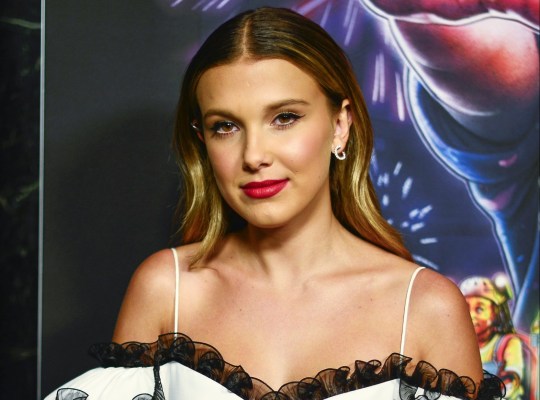 Millie broke through with her performance as Eleven aged 12 (Picture: Jerod Harris/WireImage)

The young actress earned Emmy award nominations for her starring role, and is reportedly set to star in a spin-off series.

Millie has also starred in the likes of Godzilla vs Kong – and spent her time on the set entertaining her co-stars in an unusual way.

The Stranger Things actress took on the role of Madison Russell in the blockbuster, and while things in front of the camera were tense, she did her best to lighten the mood between takes – singing with her castmates and even barking like a dog.

Stranger Things is available to watch on Netflix.

Why are dogs being stolen in the UK?