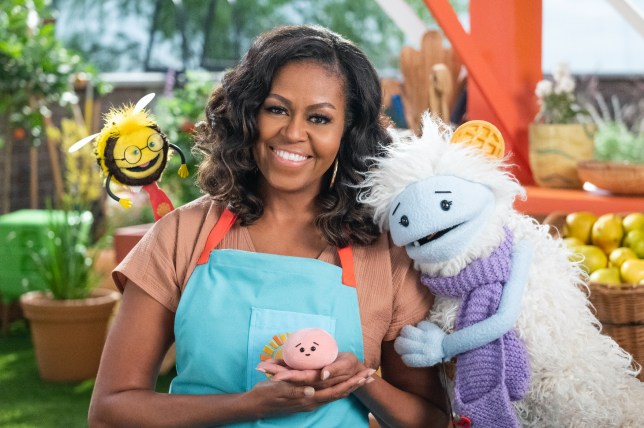 As part of a huge Netflix deal the Obamas sealed with Netflix in 2018, the former First Lady will host Waffles and Mochi, which stars two puppets and best friends who live in the Land of Frozen Food and dream of becoming chefs.

However, because everything they make is made of ice, they recruit Becoming star Michelle, the local supermarket owner to help out with their adventures.

Heading off across the world with the help of a magical flying shopping cart, the pair soon learn more about their craft and life around the globe.

Speaking on the announcement, Michelle said: ‘I couldn’t be more excited to join in this hilarious, heartwarming, and simply magical show — and I’m not just saying that because of the flying shopping cart.

‘I only wish Waffles and Mochi had been around when my daughters were growing up, because it’s the kind of program that’s fun to watch together as a family, and gives parents the peace of mind to know that their little ones are learning something, too.’ 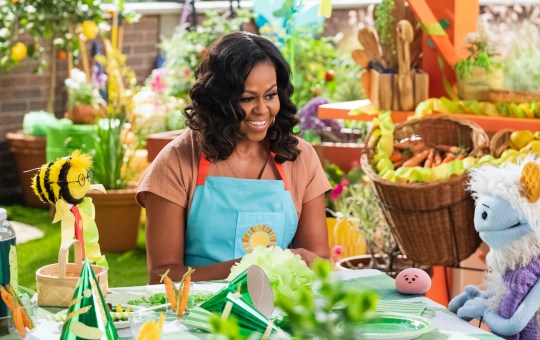 The series helps to educate kids about the world via food (Picture: Netflix)

‘In many ways, Waffles and Mochi is an extension of my work to support children’s health as First Lady,’ she added. ‘

We know that everybody loves good food and a good story. And that’s exactly what our curious and adventurous heroes provide, whether they’re discovering the possibilities of potatoes, the world of pickling, or the art of cleaning up a cracked egg. 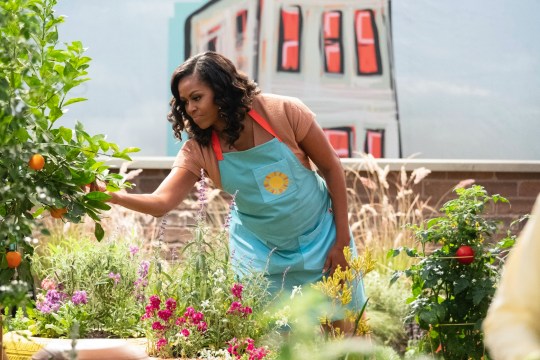 The former First Lady promises the show is fun for all the family (Picture: Netflix)

‘I’m thrilled that Waffles and Mochi are also getting involved off-set, working with the Partnership for a Healthier America to help kids develop healthy habits and help families gain access to fresh ingredients for cooking together at home.

‘No matter what they’re up to, I always have such a wonderful time laughing and exploring the world of food and cooking with Waffles and Mochi — and I think you and your children will, too.’

Joining the team are a host of as yet unnamed faces, including celebrities and chefs, as they discover more about the joys of food.

It aims to help teach children about the world and how to cook with their parents.

All the good men over 35 are taken…I’m left with the dregs, says model who has been on 500 dates in 4 years