MAYA Jama banged her head on the floor while doing an interpretive dance on Celebrity Juice.

The 26-year-old TV presenter was given the final challenge of the night to do the dance with two loo rolls. 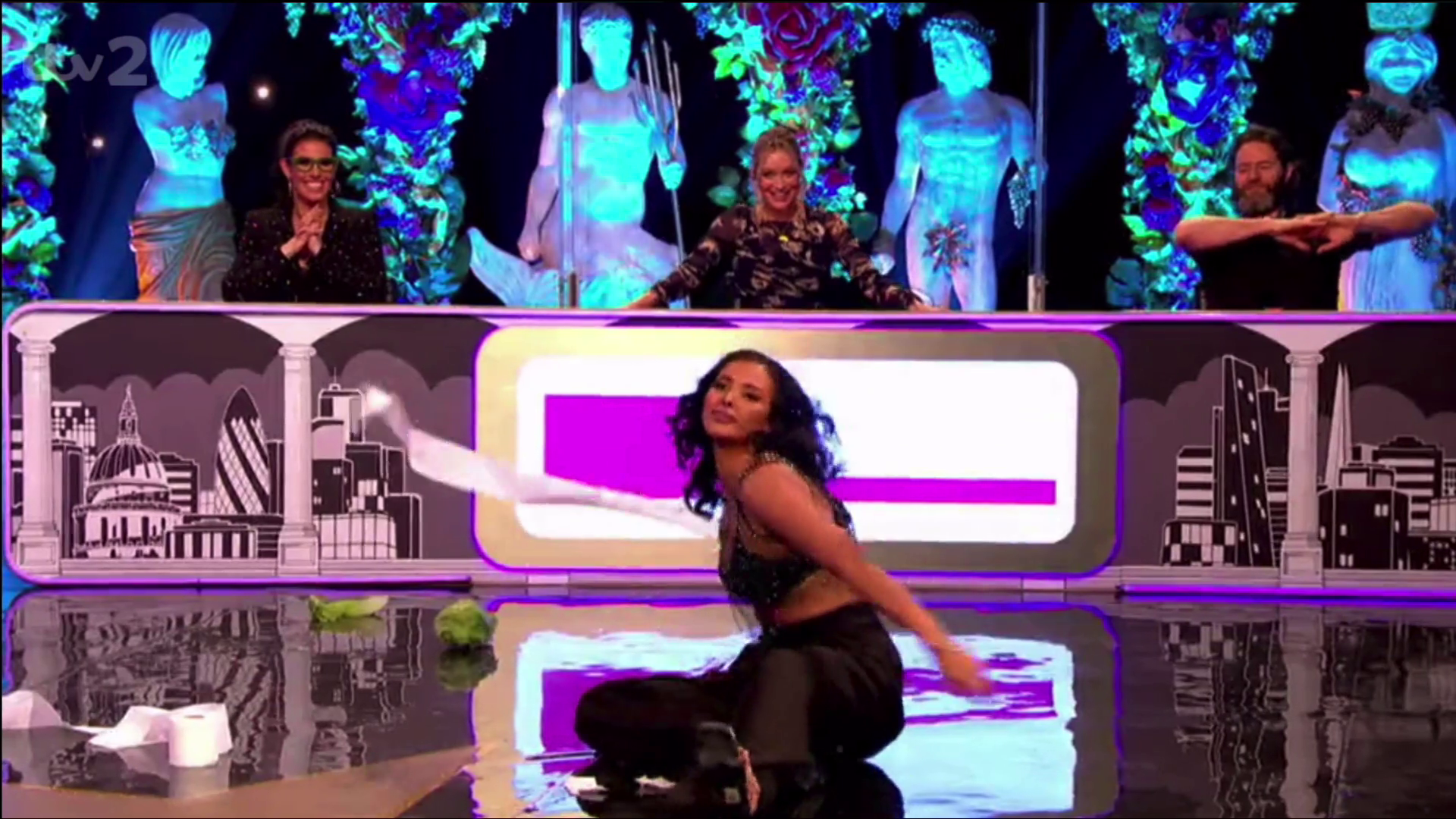 Wearing a see-through mesh top, Maya happily took on the challenge and waltzed onto the stage, throwing herself around to Kate Bush’s hit Wuthering Heights.

But when she took a tumble onto the ground, Maya tried to turn her mishap into a sexy dance.

She bent her knees and swayed backwards meaning to do an exotic dance move, but instead hit her head really hard on the ground.

The thud made her panellists and host Keith Lemon gasp in horror. 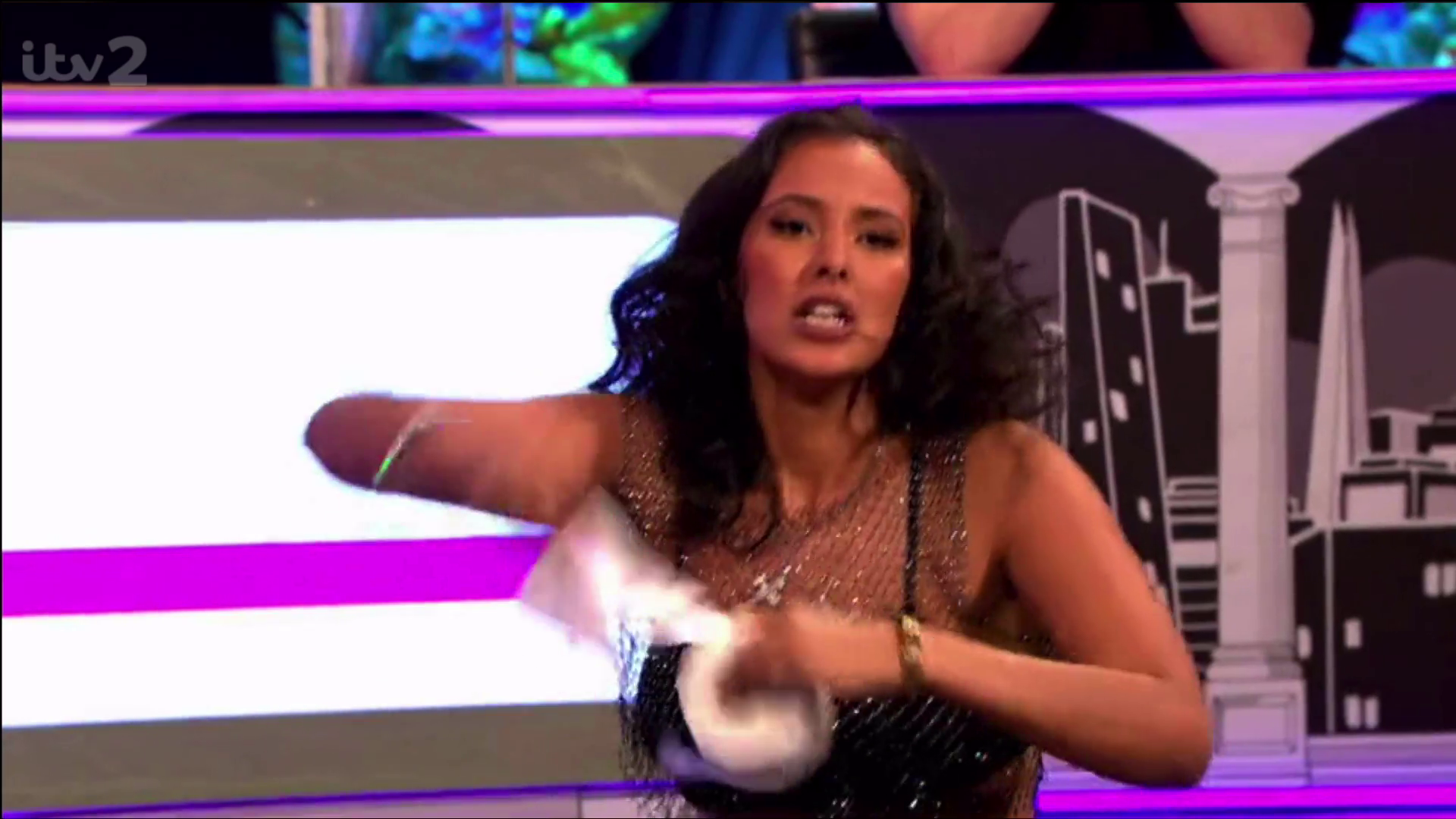 Pop star HRVY held his hands up to his head and said “what the f**k”, as team captain Emily Atack laughed in shock.

Maya didn’t let the clanger affect her performance, taking apart the loo roll and dancing dramatically with it by waving it around.

When the song ended, Keith laughed and pointed at her sparkly heels which had come off her feet.

“Look at her shoes,” he exclaimed. 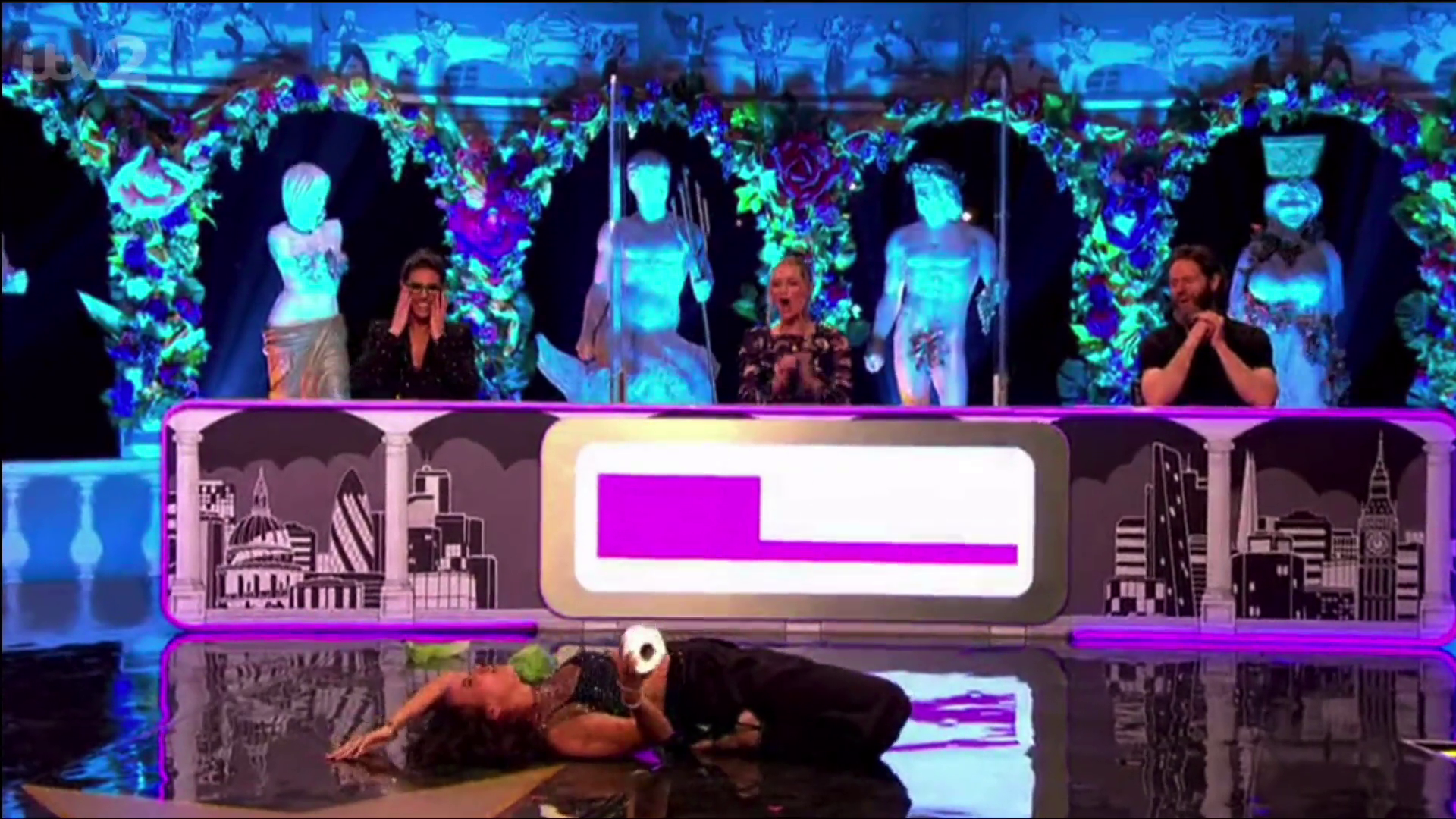 Fans of the show loved her enthusiasm and congratulated her on joining the show.

“Maya Jama you are, the BEST I would really like to see more of her on #CelebJuice,” wrote one Twitter user.

Another added: “Maya Jama could make anything sexy I think.” 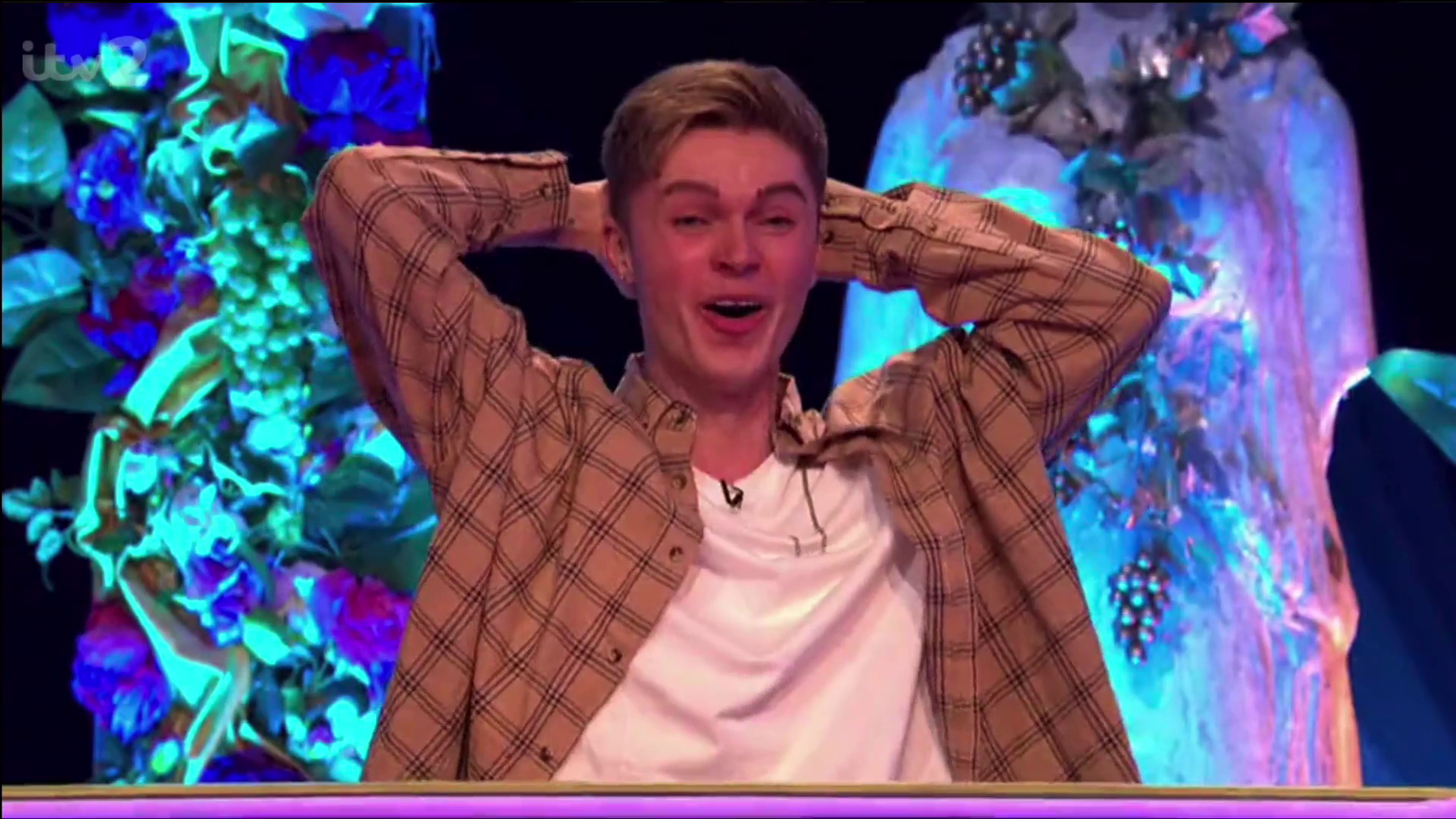 Earlier in the show, Maya had also spent time on the floor in the ‘wibble wobble’ game.

Leaving little to the imagination, with just a black bra under the sexy, sparkling number, Maya jiggled around on a wobble board.

The Wibbly Wobbly game sees ITV show host Keith Lemon ask Maya to describe a series of words for her teammates to guess as she is wiggled about. 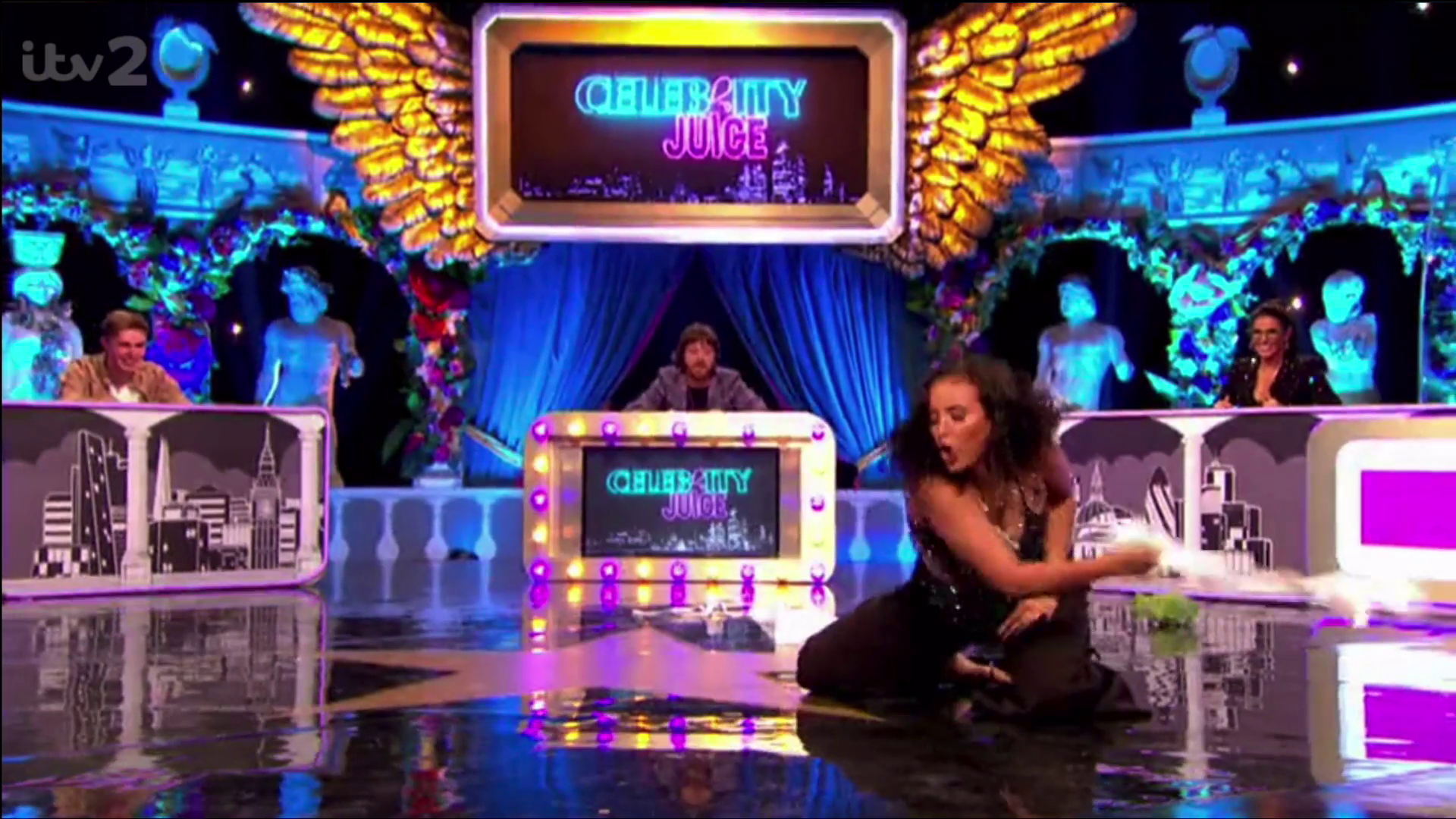 But Maya regained herself well and got on with the dance

In the episode, which aired on Thursday night, Maya struggled to help her team guess Greenwich Mean Time.

“I’m never going to be able to explain this,” she shouted as she stumbles over her words while getting distracted by the vibrating plate.

She yells to team mates Emily Atack and HRVY: “It’s a station in London. Sounds like something they’d have in Hogwarts, like a team.”

Emily and HRVY shout replies, guessing stations including Oxford Circus and Piccadilly before the The Inbetweeners actress concludes: “Cockfosters!”

Shaking her head, Maya gives up and shouts to the pair: “Just go f***ing through them!”