Elizabeth Hurley has opened up about her experiences working with Matthew Perry.

Hurley played Perry’s love interest in the 2002 rom-com Serving Sara, which she filmed as Perry fought an addiction to alcohol and drugs. Perry has written about his past problems in a new memoir Friends, Lovers And The Big Terrible Thing.

While promoting her new film Christmas In Paradise, Hurley told Yahoo Entertainment about what it was like to work with the Friends actor in the early ’00s.

“I haven’t actually ready the book yet, but I’ve read [excerpts] of it,” she said. “It’s quite interesting. He’s a very funny writer like he’s a very funny man. He’s an incredibly gifted comedian… his way with words is fantastic.” 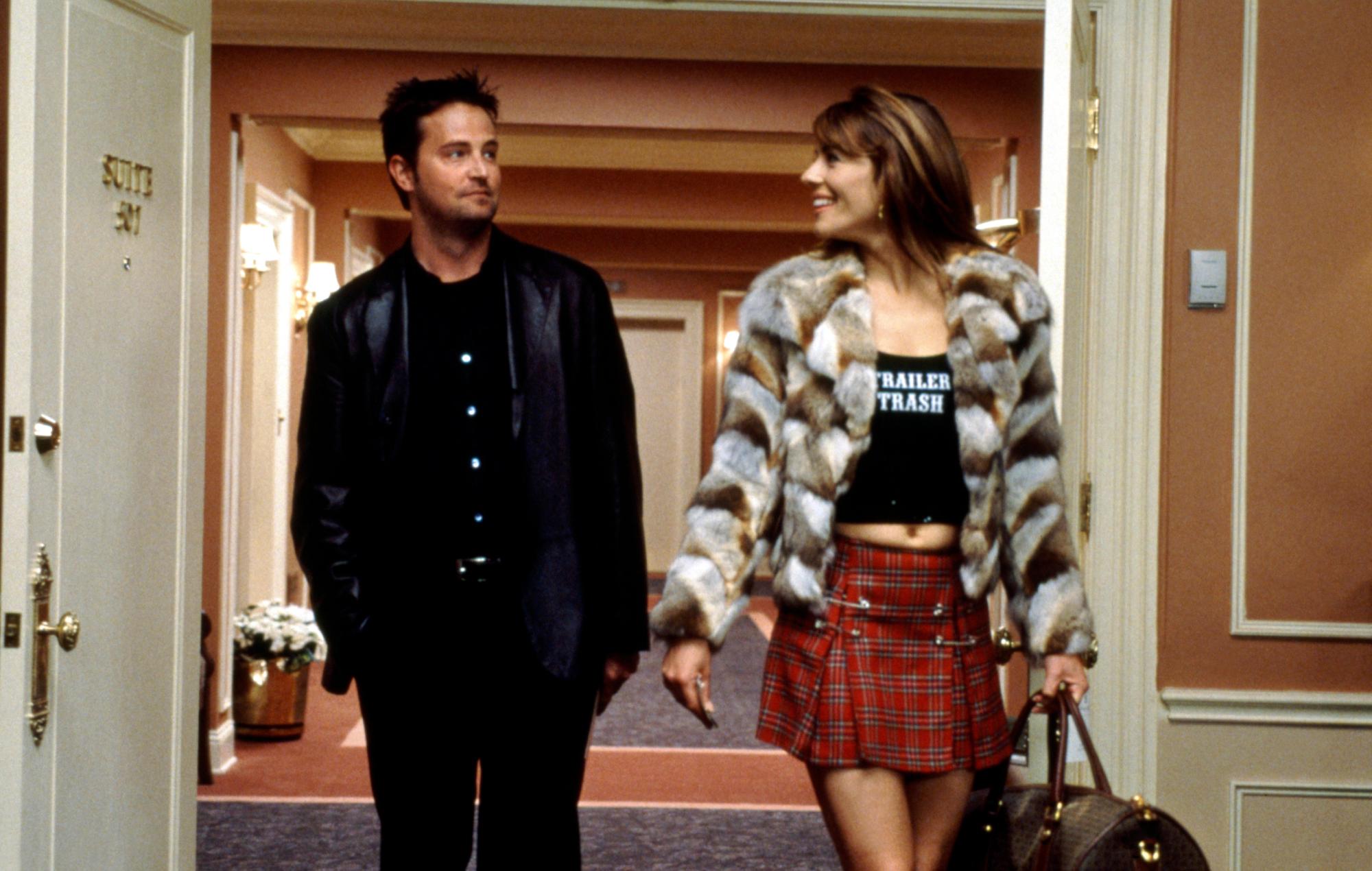 Hurley continued: “I have very fond memories of him. To be honest, it was a nightmare working with him at that time and, as it’s now known, our movie was shut down because of his addiction. We were in a force majeure and had to all sit at home twiddling our thumbs for some time.”

In Perry’s book he writes that Hurley and director Reginald Hudlin were “pissed off” over the shutdown. The production did eventually resume.

“That was a little tough, but he came back and he was fabulous,” Hurley said.

When Perry, who spent more than two months at a private rehab centre, returned to set, Hurley recalled the actor having to “revoice everything that we shot before”.

“It was tough, obviously he was having a tough time, but he was still very charming and a lovely person to work with,” she said, “but you could see he was suffering for sure.”

Perry was shooting Friends in conjunction with Serving Sara. The actor told ABC News recently that he was consuming Xanax, Methadone and just shy of a pint and a half of vodka every day.

“It was shot in Dallas and I was doing Friends at the same time, so it doubled my workload. And I was flying on a private jet drinking vodka out of a water bottle,” Perry told the news outlet.

“I weighed 155 pounds, on my way to 128 pounds. I feel too sorry for that guy, he’s going through too much, and it’s me. And I remember that, and I didn’t understand what was going on,” Perry added. “But again, I’m sorry, and I’m so grateful to not be that anymore.”

Perry estimates that he has spent $9million (£7.7million) on efforts to get sober. He has now been clean for 18 months. 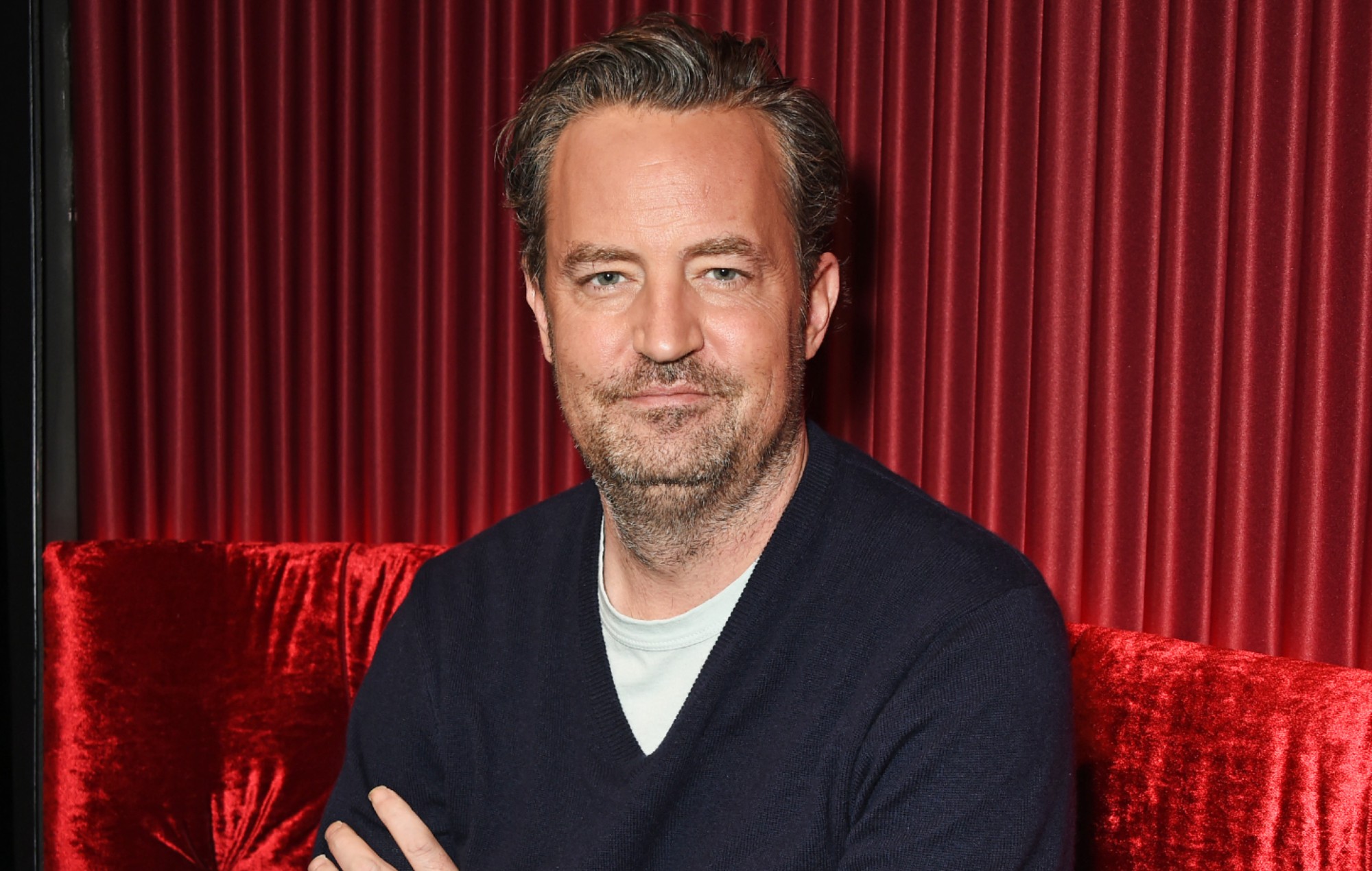 Meanwhile, Perry has revealed that he “had to beg” Friends producers to change the way his lines were delivered.

The actor recalled the incident in his new memoir Friends, Lovers, And The Big Terrible Thing, in which Perry – who played Chandler Bing in the hit TV show between 1994 to 2004 – has shared a number of revelations, including kissing Eddie Van Halen’s wife and being accidentally hit in the face by Cameron Diaz.

In an excerpt published by Variety, Perry wrote: “That particular cadence – could it be more annoying? – had been so played out that if I had to put the emphasis in the wrong place one more time, I thought I’d explode, so I just went back to saying lines normally, for the most part in season six and then beyond.”

The 53-year-old actor claimed that he had actually created “Chandler speak” when he was growing up in Ottawa, adding: “I read the words in an unexpected fashion, hitting emphases that no one else had hit. I was back in Ottawa with my childhood friends the Murrays; I got laughs where no one else had.”

Perry also stated that he had asked Friends co-creator Marta Kauffman if Chandler could have the last ever line in the show – a request which was granted.

Gareth Southgate should QUIT as England manager even if he wins World Cup 2022, claims Jamie Carragher