Matrix movies in order by release date and timeline

THE Matrix movies are one of the most iconic sci-fi franchises in history.

It comes as no surprise that fans will continue to revisit the films for years to come. Find out here how to watch the movies in the correct order.

The Matrix is the 1999 film that introduced viewers to Neo, Trinity and Morpheus as they fight machines of the real world and agents of the Matrix.

Thomas A. Anderson (Keanu Reeves) begins to realise the world he inhabits is nothing like what it appears to be.

He ends up going on a journey of self-discovery after crossing paths with Trinity (Carrie-Anne Moss) and her superior Morpheus (Laurence Fishburne). 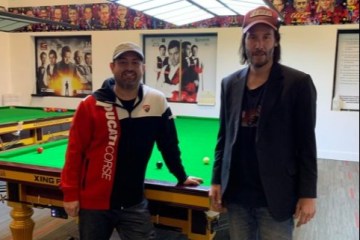 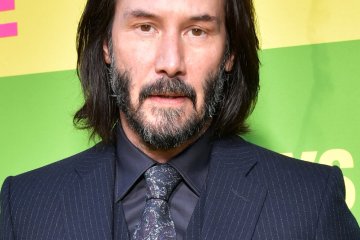 The Matrix Reloaded occurs six months after the events of the first movie.

It follows the love story between Neo and Trinity, as he discovers the hard truth about the Matrix.

The film finishes on a cliffhanger, which leads directly into The Matrix Revolutions which was released the same year.

The Animatrix takes place before, between and after the original live-action trilogy of films.

The movie further expanded the universe of The Matrix with nine different stories.

This animated story focuses on a “kid” who is seen in the second installment of the film trilogy – a young boy who breaks out of the Matrix and saves himself.

The Matrix Revolutions picks up immediately where Reloaded left off.

Zion faces destruction from the machines, but Neo takes matters into his own hands to confront the enemy as they face a common threat – ever-powerful Smith.

The fourth and final entry in the Matrix franchise was released almost two decades after the last film.

The film is set 60 years after the events of The Matrix Revolutions.

It shows how Neo’s sacrifice has led to a period of peace which neither human or machine could have ever imagined.

Although the release date order of the films roughly reflect the chronological order, the addition of the short films in The Animatrix means that they are scattered.

All the movies below are in the correct chronological order to ensure you watch each movie as the story unfolds.

Where is Jimmy Savile’s house?