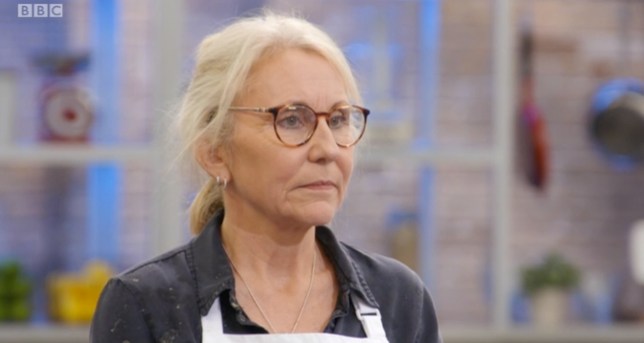 Jacqui failed to impress the judges and was sent home (Picture: BBC)

MasterChef fans were demanding Justice for Jacqui as the fan favourite was eliminated in the semi-finals.

In the second round of the semis, the remaining five contestants were whittled down to three after presenting their favourite dish – something that they would have on their restaurant menu, or in a cookbook.

Mike, Laura, Alexina, Letitia and Jacqui were then surprised when Marcus Wareing, who hosts MasterChef: The Professionals, dropped by to help with the marking.

John Torode enjoyed the chowder and praised her ability to make the scotch egg runny.

Marcus said he thought the cornbread was a bit too bland, which was agreed with by Gregg Wallace, who added it needed seasoning. 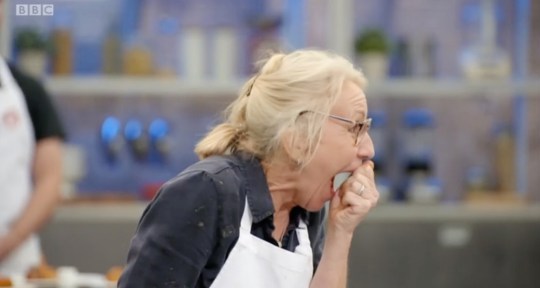 Jacqui was a favourite but was eliminated in the semi-finals (Picture: BBC)

But overall they seemed to enjoy the meal as a whole.

Unfortunately, it wasn’t enough to impress the judges, and alongside accountant Letitia, who made a jerk spice chicken ballotine stuffed with red peppers and callaloo, sweet potato and sage croquettes, sweetcorn puree and a chicken sauce, they were eliminated.

Fans were devastated that she was given the axe, and demanded that she get gvein the chance of a comeback. 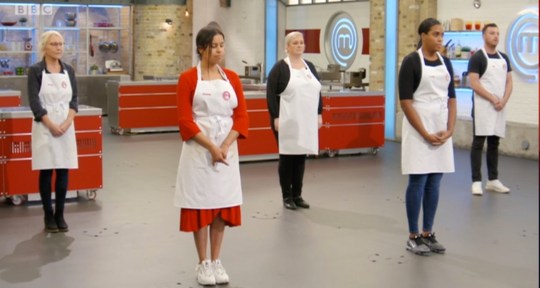 The five contestants were whittled down to three (Picture: BBC)

#MasterChef Jacqui sent home. What on earth were the judges thinking?

What???? Jacqui leaving?? ð³ I did not expect that!! Such a shock!! Iâm glad though for Mike, heâs not my favourite character but I like that heâs got an Italian grandma ð®ð¹ðð ð#MasterChef

Following the two eliminations, the remaining three were taken to the Game Bird restaurant at the Stafford Hotel.

Working under head chef Ben Tish, the team had to serve the restaurant’s staff as Covid regulations meant they couldn’t deal with paying customers.

The busy lunch service didn’t go without a hitch, but all three survived, and now they have one more competition before heading towards the final next week.

MasterChef continues tomorrow at 9pm on BBC One.