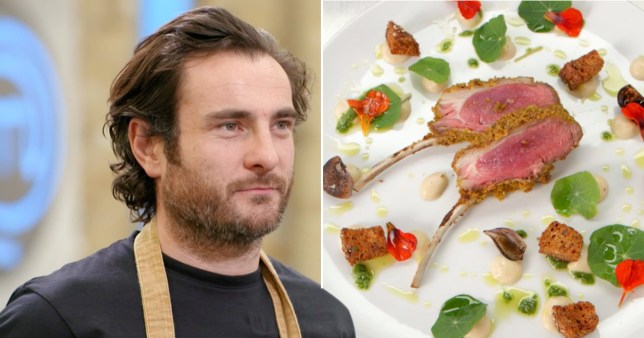 Stefan made it through to the quarter final (Picture: BBC)

MasterChef viewers were baffled after one contestant made it through to the quarter final despite leaving many unimpressed with some of his dishes in tonight’s episode, which included an undercooked rack of lamb.

Monday’s instalment of the cooking series saw five amateur chefs take on a set of challenges as they whipped up different culinary delights in order to make it to the next round of the competition.

For the signature dish round, each contestant had to make a meal that showed the judges – Greg Wallace and John Torode – something about them as a cook.

The two that made the best dish as chosen by the judges would make it straight through to the next round, while the other three would have to cook again.

36-year-old Stefan, who works as an architect, cooked up a herb and nut-crusted lamb rack with garlic potato puree with shallots, croutons and a red wine sauce.

He pan-fried the lamb, and then decided to put in the oven for five minutes – which did not go down well with the judges, or the viewers for that matter.

When he presented the finished product, John noted that although elements of Stefan’s dish did taste nice, the lamb was ‘not cooked enough to eat’, while his red wine sauce ‘was way too thin’. 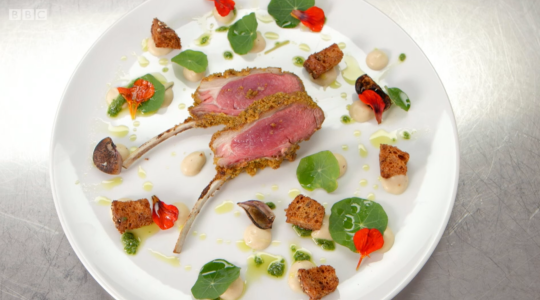 After having to cook again in the second round, Stefan had one more chance to make it through to the quarter final as he cooked up a three course meal for the episode’s final challenge, although he left fans a bit bamboozled over his choice of main course.

Stefan chose to cook halibut on the bone, alongside butternut squash, purple potato puree and white wine and onion sauce.

Although his plate looked quite colourful and the judging panel enjoyed the dish, viewers questioned Stefan’s choice of purple-coloured potatoes. 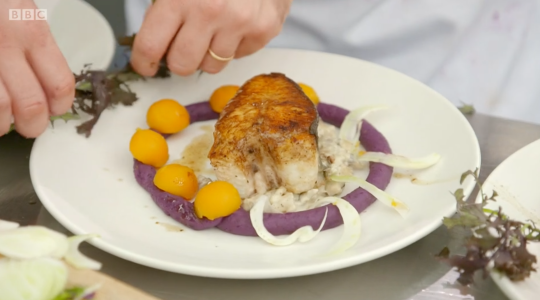 Stefan later made a halibut on the bone with purple potato puree (Picture: BBC) 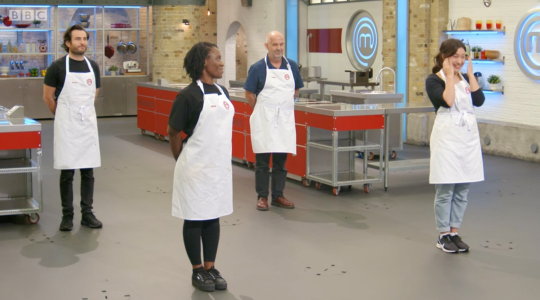 Stefan ultimately was kept in the competiton (Picture: BBC)

And to many’s surprise, when it came to the end of the episode, the judges chose Stefan to make it through to the quarter final.

Confused viewers later hurried to Twitter to share their thoughts, with one questioning: ‘Alicia should have gone through, I truly believe THIS is inexcusable,’ as they shared a picture of Stefan’s halibut on the bone concoction.

‘Not sure Stefan deserved to go through there,’ another added.

Strong heat on #MasterChef, with the guy who served up lamb that was still conscious progressing to the quarter-finals.

How did Stefan get through with them purple potatoes???
Thatâs the talking point of the evening for me ð¤#MasterChef

The purple ring goes through. Who’d have thought?! Can’t wait to see his next creation. A mustard muff? #MasterChef

While one fan remarked: ‘He literally dished up lamb that was uncooked and a steak that would’ve passed for carpaccio. That’s an absolute joke.

‘He got through literally because he was less s***e.’

Upon finding out he had made it through, Stefan said: ‘I’m feeling unbelievably happy. I was sure I was going home, but the stars must have aligned. And that’s a wonderful feeling.’

We look forward to seeing what dishes he can come up with next time.

MasterChef continues Thursday at 8pm on BBC One.