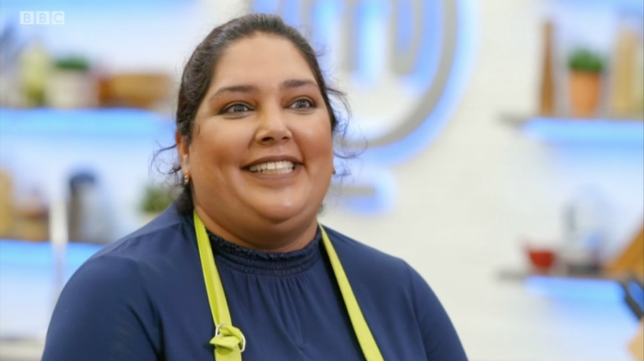 A MasterChef contestant made the biggest portions of food ever seen on the show on Monday, and we’ve never seen anything so relatable.

Madeeha from Leicestershire took part in the first episode of the new series, and produced the largest serving judge John Torode had witnessed someone prepare in the competition.

‘Madeeha has the most food on her stove that I’ve ever seen in a MasterChef kitchen,’ John said. ‘We have got two massive woks full of food.’

The contestant, who quit her job to pursue her dream of cooking, prepared a chicken dish for the judges, making so much chicken that it fell out of the frier onto the table.

While she only had to serve the judges, she made enough to feed a large family – and it’s exactly the kind of lockdown cooking we can all aspire too.

Talking viewers through Madeeha’s offering, John said: ‘She’s making us an Indo-Chinese dish. We’ve got from Madeeha what she calls Hakka Chicken.’ 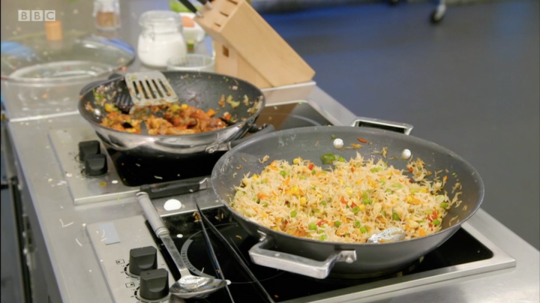 ‘[It contains] whole chilis which are dried and ferociously hot, then covered in honey and soy to make them sticky on the outside.’

Commenting on the amount of food Madeeha had prepared, judge Gregg Wallace said: ‘You don’t cook for one or two. You cooked today like you were cooking for a whole family.’

The well seasoned dish went down well with the judges, with John calling it ‘generous’ in both portion and flavour. 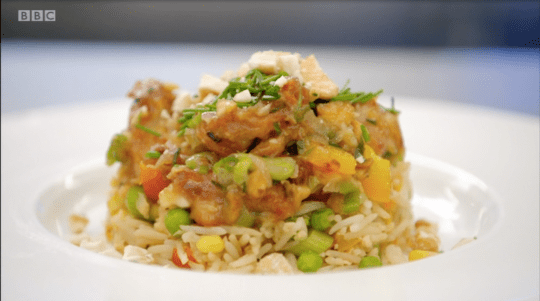 ‘I really like that,’ Gregg said, before adding: ‘Which is just as well, because you’ve cooked enough for about 27 people!’

Madeeha earned an apron and progressed through to the next round of the competition after the success of her dish.

She also revealed an emotional connection with her second creation, after presenting a meal she used to eat with her late father.

‘Dad, look I’ve done it! He would have been very proud of me today,’ she said after earning a place in the quarter finals.

Meanwhile, it was recently revealed that MasterChef judges Gregg and John are ‘not as friendly off screen’, despite the rapport they exhibit on the cooking competition.

Since 2005, former greengrocer Gregg and celebrity chef John have judged MasterChef together, shrewdly discerning between the competitors with the best culinary skills.

MasterChef continues on Wednesday at 8pm on BBC One.