Eddie Scott has been crowned MasterChef 2022 champion after a tense final episode.

‘It’s everything,’ Eddie said of his win. ‘My whole life I feel has been building up to this moment. I can’t believe I’m standing here as the MasterChef champion.

‘It’s just been the most stressful and the most enjoyable! I feel like I’ve just discovered who I am as a cook. It’s the best feeling ever.’

Eddie fought off fierce competition from 44 other amateur cooks through seven weeks of culinary challenges.

MasterChef judge, John had nothing but praise for the winner and said: ‘Eddie is nothing short of a culinary powerhouse. His love of classic French food blended with the spices of India, has made us really stand up and take notice. 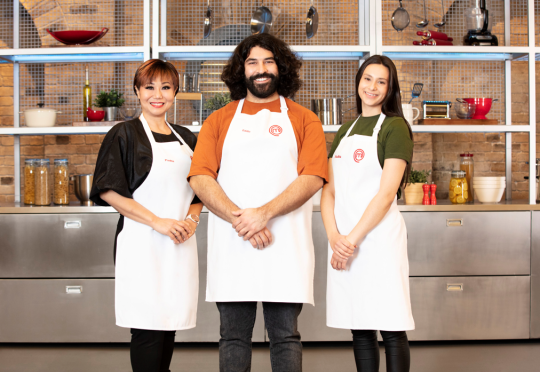 Gregg added: ‘I think we’ve just seen the birth of a future great chef. Eddie impressed from the moment he set foot in this kitchen. He’s hardly put a foot wrong throughout the competition.’

Eddie had been a huge fan of MasterChef and had followed it for years.

‘I wanted to go up in front of John and Gregg to see what I could really do,’ he said, as he reflected on why he applied to take part.

‘I think every amateur cook secretly dreams of having the chance to go onto a show like MasterChef – to have that one chance of totally changing your life in what you love doing!’

To John and Gregg, he continued: ‘It’s been life’s greatest pleasure to sit here and cook for you both the food that I love. It’s the best thing I’ve ever done.’ 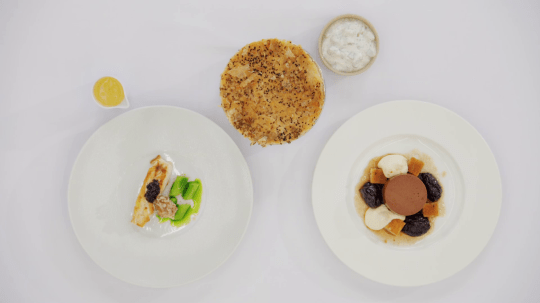 Eddie faced off strong competition in the final week from tonight’s runners up Pookie Tredell and Radha Kaushal-Bolland, as well Sarah Rankin, who left the show last night.

The final three were tested beyond anything they’d experienced, to prove to John and Gregg their skill, tenacity and culinary flair were worthy of success in the intense last challenges.

The competition culminated in the definitive challenge – cooking the best three-course meal of their lives.

The main course was a Hyderabadi Dum – a caraway and nigella seed pastry-topped chicken biryani, spiced basmati rice with crispy onions, chicken thigh cooked on the bone, all flavoured with saffron, Kashmiri chilli powder and cardamom, with a cucumber raita.

After the tasting, Gregg told Eddie: ‘When I look at you, I can’t honestly imagine you doing anything else but cooking, you are a born cook. I can’t pay you any better compliment.’

MasterChef Series 18 is available to catch up on iPlayer.

Glasgow Underground boss Kevin McKay comes up with some goodies

A disjointed turn from Cumberbatch buckles under a chaotic storyline