Sue Perkins left The Masked Singer viewers stunned after being unmasked on Saturday, and she’s revealed she had a secret weapon during her time on the show.

The comedian said she made an adjustment to her Dragon costume which allowed the character to ‘belch, smoke and fart’ on the show.

Speaking on this morning’s episode of Lorraine, Sue said: ‘I wanted Dragon to be quite clumsy, a little bit bashful and a little bit windy as well.’

She added: ‘They’re so brilliant the costume and special effects people, that when somebody like me comes in and says “would you mind putting a little pipe in so I can belch, smoke and do a little fart”, they go: “Sure!”’.

Sue went on to say: ‘I wanted to create a character that the kids would love and the adults couldn’t quite figure out.’

The comedian and presenter was unmasked as Dragon on Saturday’s episode. Sue thanked Michelle Visage and Courtney Act for helping to keep her secret after her unmasking, following weeks of speculation that saw fans suggest Michelle or Courtney could be under the costume. 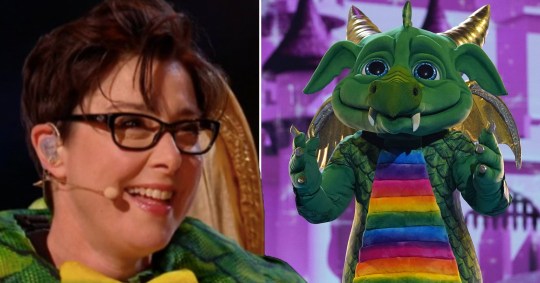 Sue Perkins was revealed as Dragon on Saturday (Picture: ITV) 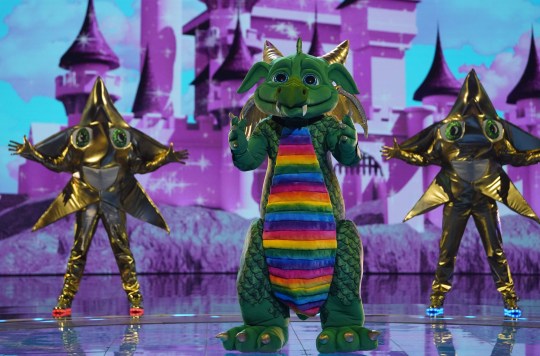 Sue won over viewers with her performances as Dragon (Picture: ITV)

‘There’s something that just nudges it for me. The vocals are just brilliant,’ she added. 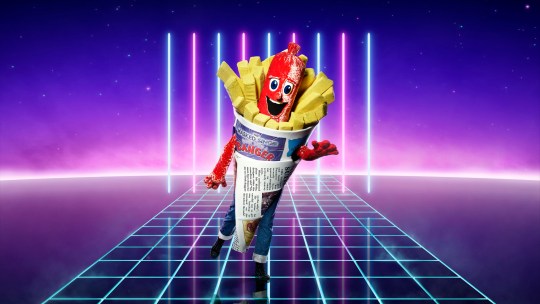 Who could Sausage be on The Masked Singer? (Picture: PA)

‘I think the three are very worthy finalists.’

The comedian also said that he had ‘no idea who else is on the show’, having ‘never met them’ behind the scenes.

The Masked Singer continues on Saturday at 7pm on ITV.

Brit, 33, caged in Iranian jail ‘splits with husband after he had affair while she was in solitary confinement’

Ellen DeGeneres is ending her talk show next year

Who is Aaron Clancy from The Bachelorette?