Gloria was in high spirits as the mask came off (Picture: ITV)

The Masked Singer UK star Gloria Hunniford has revealed who she reckons could be in with a chance of winning the entire series – so do you agree with her choice?

On Sunday evening, the Loose Women panelist was unmasked as Snow Leopard after performing a rousing rendition of Big Spender by Shirley Bassey, the night after Heather Small was revealed to be Chandelier.

As judges Rita Ora, Davina McCall, Jonathan Ross and Mo Gilligan tried to figure out Snow Leopard’s identity, Jonathan was on the money straight away, guessing the 81-year-old instantly.

Following her elimination, Gloria talked to Metro.co.uk and other press about her time in the competition, speaking very highly of one celebrity singer in particular who’s still in the running.

The TV presenter outlined how ‘fantastic’ she thought Poodle’s performance of Elton John’s Rocket Man was, adding that she has ‘no clue’ who the person is underneath the costume.

‘I thought the person who sang Rocket Man before me was fantastic, I don’t know who that is. No clue even. Because I was in my little dressing area off stage because I was going on next,’ she recalled. 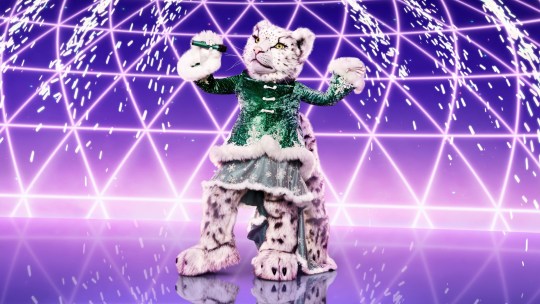 ‘When I heard that song, I thought, “Oh my god, I haven’t got a chance here,” because I thought it was fantastic.’

Remembering that one of the judges described the song as the ‘best version of Rocket Man’ they’d ever heard, Gloria added: ‘I wouldn’t be unhappy if he or she won it.’ 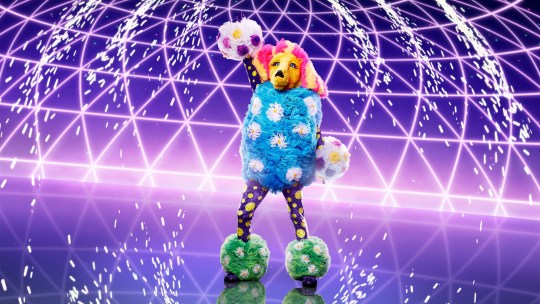 One of the TV personality’s sons was in the audience on the night of her performance, admitting later that they felt anxious for their mum after watching Poodle take to the stage.

‘He said that when he sat down and realised the enormity of the show and when whoever it is sang Rocket Man, he said, “Oh my goodness, my wee mummy’s got to come out and sing after that!” Which made me laugh when he told me afterwards,’ she said.

‘He was so nervous, he would have been more nervous than me.’

After Gloria was unveiled, she told presenter Joel Dommett that she hadn’t sung on stage in around 27 years, having first started singing when she was seven years old.

When asked why she chose to take part, she explained: ‘I’m of a certain age and it was a challenge. It sounded like a lot of fun and I thought I’d like to try it.

‘Even to this day only three people in my family know. You get the point that you are so afraid of mentioning it that as time passes, you look back and think, “Did I actually do that?”’

The Masked Singer UK returns on Saturday at 7pm on ITV.