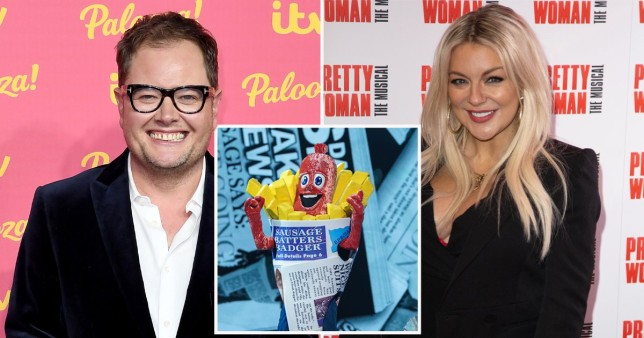 The Masked Singer guest judge Alan Carr has reiterated that he thinks the Sausage is Sheridan Smith, despite viewers being thrown off the trail recently.

Smith potentially being the celebrity behind the Sausage has been an up and down conspiracy for weeks. In early January, many viewers were convinced that the actress was behind the character.

However, fans seem to be ruling out that possibility of late due to rumours and clues that suggest that she may not be the face behind the smiling chippy meal.

However, guest judge Carr is sticking to his initial intuition, adding further confusion of the person behind the mask.

Speaking on The One Show, Carr laid out his certainty. Presenter Alex Jones asked: ‘When you’re on the panel, do you get kind of little hints or anything? It is nearly impossible isn’t it, out of context, to think “whose voice is that?”

Carr then said one of his prominent guesses, saying: ‘I’m sure Sheridan Smith is Sausage!’ 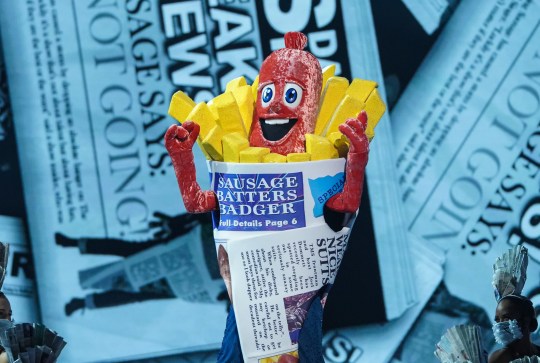 Who is behind the infamous Sausage? (Credits: ITV)

Jones then brought up a recent comment that threw doubt on the popular guess of Smith as Sausage: ‘So am I! But then on the weekend, I thought, ‘no it’s not!’

Carr reminded Jones of the bigger clues that had viewers on the trail of Smith earlier in the show: ‘But then there’s that Legally Blonde big hint in there wasn’t it? I thought that’s Sheridan Smith when she was on set!’

Carr finished by remarking how the guessing game had consumed him: ‘I used to have a life! I used to go out! It makes my weekend though, the Masked Singer!’

The second season of the UK version of the series is on the home stretch now, with only three characters remaining. Badger, Robin and Sausage are the remaining singers who will be duking it out for the top prize.

The One Show airs weekdays at 7pm on BBC One and The Masked Singer continues on Saturday at 7pm on ITV.